Visit to the Taipei City Government 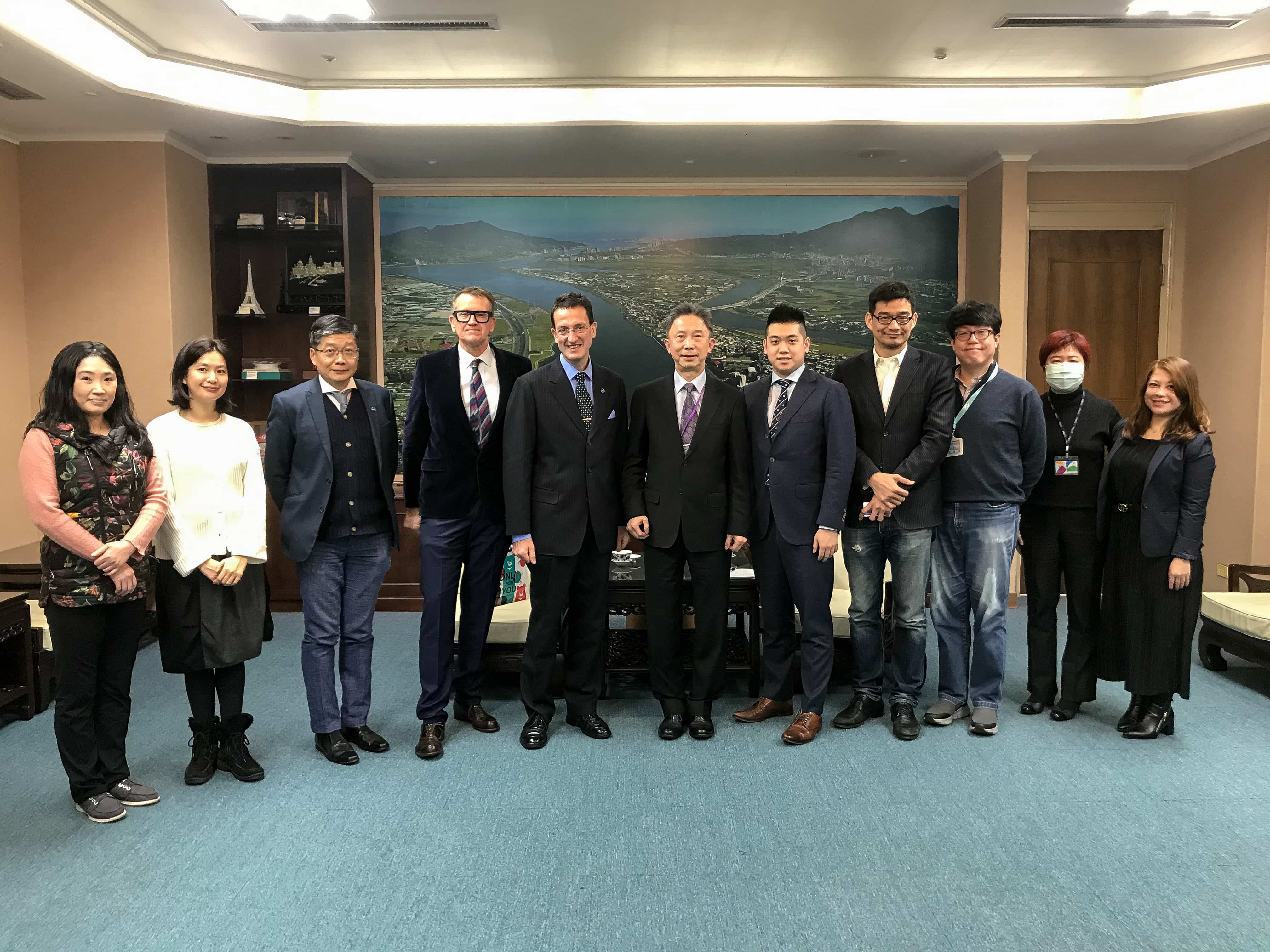 The ECCT paid a visit to the Taipei City government where CEO Freddie Höglund and Better Living committee co-chairperson, Tim Berge, met with the commissioner of the Mayor's Office for External Affairs, Tom TC Chou, and other officials. The purpose of the meeting was to give an update on recent developments at the ECCT and the city government, share information on future activity plans and discuss areas for potential cooperation between the ECCT and the city government. At the meeting delegates discussed some of the city's planned activities that may be of interest to the ECCT and city officials gave an introduction to Taipei City's new Bilingual Project.

Visit to the Department of Labor