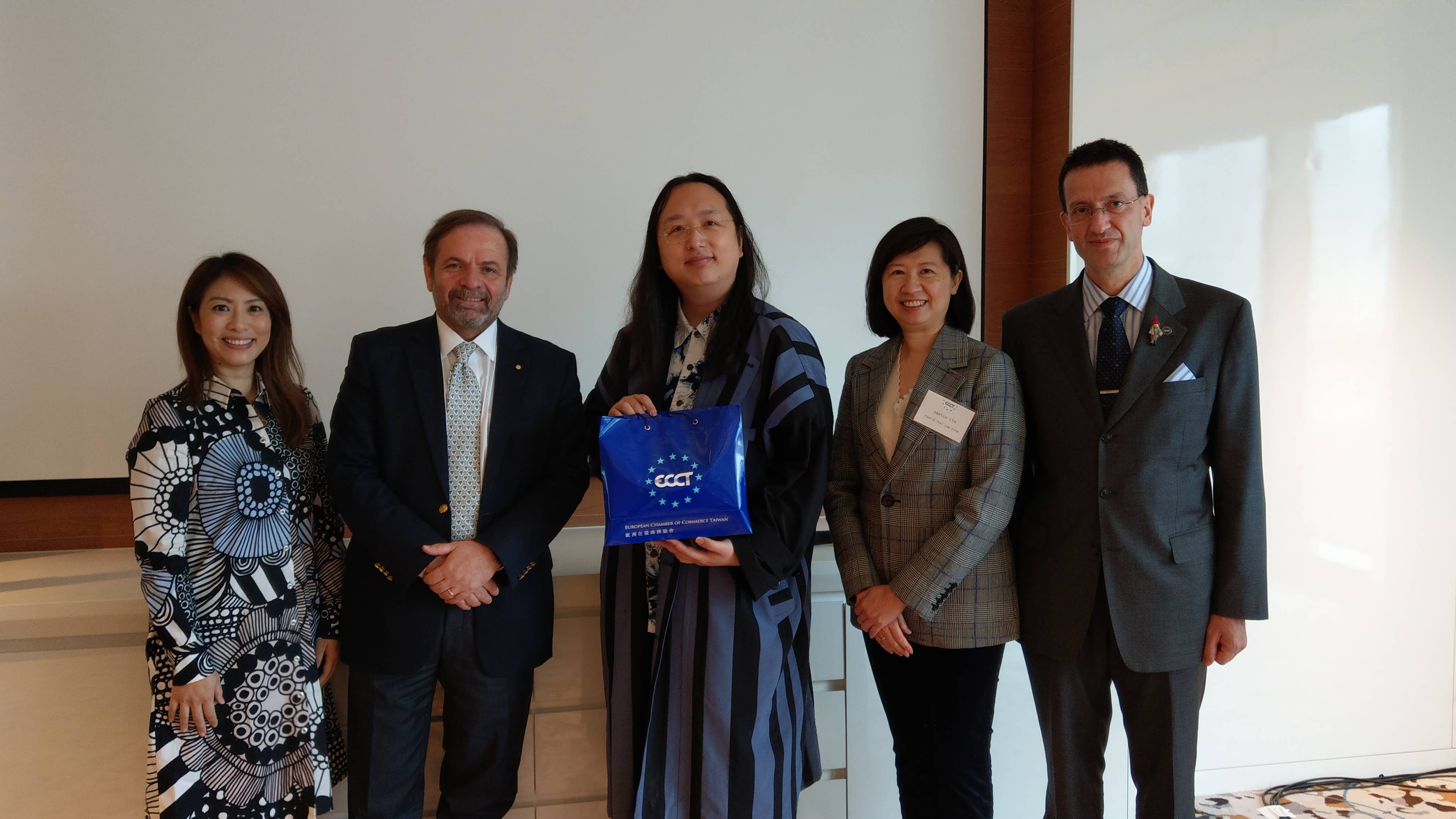 The ECCT's Technology committee hosted a breakfast and morning tea event with Taiwan's Digital Minister Audrey Tang on the topic of opportunities and challenges of the digital economy. At the event, Minister Tang engaged in an open Q&A session with members.

On a question about cyber attacks, the minister said that the government has started to deploy some cyber security bridges with the business sector but that the main challenge is the limit of information business entities are willing to share on an open and transparent platform on cases involving ransomware, for example. This is currently being handled by the department of cyber security, which is currently part of the Executive Yuan but there are plans (under the draft act) to upgrade the department to a cyber security agency under the digital ministry and give it more resources and authority. This would allow it set up its own task force and even propose laws and regulations. The establishment of the platform is also aimed at building trust with the busines community to persuade them to share information.

On the question of remote working, Minister Tang said that a condition of her taking the job as minister without portfolio was that she could work from anywhere. She is now in the process of trying to convince people in both government agencies and the private sector that as long as broadband is available and appropriate security and privacy systems have been set up, anyone should be able to work from anywhere. She noted that even psychological counselling can be done online.

The priorities of the new ministry are innovation, inclusion and sustainability. On the first point, Minister Tang said that while technologies can be disruptive, the ultimate test is if the technology serves to benefit people. On the subject of inclusion, she said that Taiwan needs to move towards becoming a “transcultural republic of citizens”. The third plank is about promoting a circular economy. Digitalisation can help by measuring all the externalities that the production and provision of products and services has on the environment and find ways to reduce their impact.

On the subject of gender equality, the government has a gender impact system, which has been running for 14 years to measure equality in all projects and bills. The gender impact of every project has to be evaluated with a view towards gradually improving outcomes.

On the subject of the new national ID and ARC number format, the minister said that the new number format will allow for foreigners to get access to all kinds of digital services once IT vendors have adjusted their systems. She also noted that the information visible on the new digital ID format is limited and citizens have the option not to upload sensitive information to the chips embedded in the cards and can opt for government-issued stickers instead to keep the card “analogue only” if they prefer. The card is going to be rolled out to one city first to see if there are any issues before being extended nationwide.

As to whether or not the new ARC number format will work as intended (given that the number and letter format is slightly different from the Taiwan ID), Minister Tang said that she would ensure that government services work as intended, that technical details would be shared and that she would be happy to personally work with vendors to resolve any technical issues that may arise.

Minister Tang also spoke about her internship programme and how the government is encouraging business to nurture and develop talent for digital transformation.

On a question as to the concern that AI may replace humans, Minister Tang said that she thinks of AI as “Assisted Intelligence” making it just the latest in a long line of technologies that assist humans, like, for example, eye glasses do. Technologies need to be deployed so that the dignity, autonomy and privacy of individuals is preserved. While AI can be employed for nefarious purposes, for example to support authoritarian governments, AI itself is neutral. It is up to humans to make sure it is only used to serve the general interests of all and make adjustments when it does not do this. She also made the point that if AI is shown to help humans by saving time and increasing efficiency, people will learn to trust it.

She noted that a large amount of medical data accumulated in Taiwan can be greatly valuable for developing new medical technology and services but it has to be encrypted to ensure individual patient data is not revealed.

On a question about protecting data privacy, Minister Tang said that Taiwan has committed to following the GDPR but currently there is no enforcement agency. This will be addressed once the digital ministry is up and running.