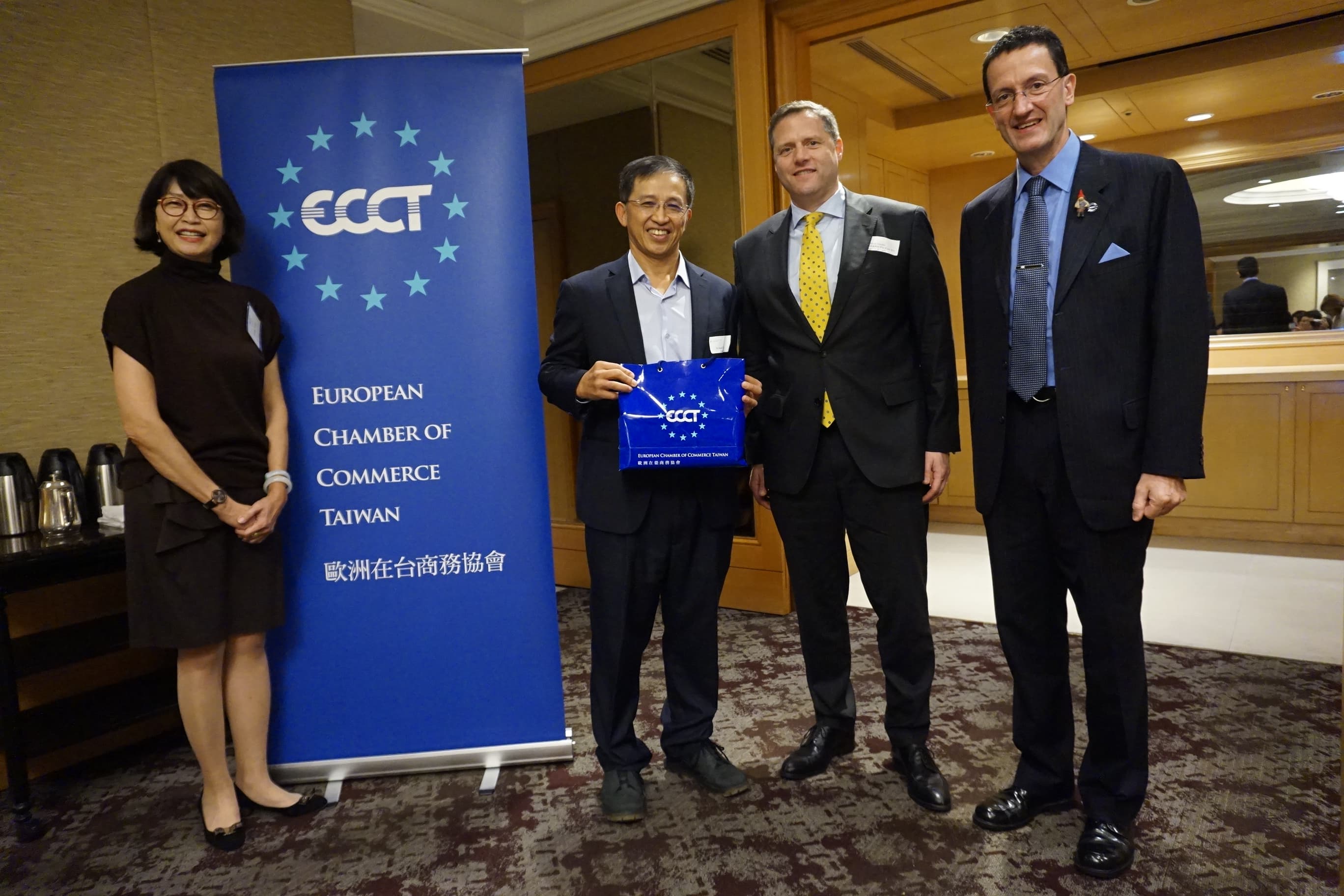 The ECCT's Pharmaceutical and Healthcare Enhancement committees jointly hosted a lunch on the topic “Sustainability of Taiwan's national health insurance system - challenges and opportunities” featuring guest speaker Dr Donald TF Shang, Director-General of the Department of Social Insurance, under the Ministry of Health and Welfare (MOHW).

The department was set up as part of overall reorganisation of government agencies under the Ministry of Health and Welfare seven years ago. The Department of Social Insurance is responsible for the national pension system, national health insurance, national long-term care insurance (which is still under development) as well as other insurance systems.

Arguably the biggest problem facing social insurance systems in Taiwan is the rapidly-ageing population, with people over the age of 65 on track to account for over 20% of the population by 2026 and 38% by 2060 (based on the current trajectory). This would make the proportion of Taiwan's aged population much higher than European countries and even higher than Japan and South Korea. The rising number of people depending on the contributions of an ever-shrinking number of working people will make keeping social insurance systems solvent extremely challenging.

Taiwan's National Health Insurance system has compulsory enrolment for all residents, 85% of which are satisfied with the system. 93.5% of health providers are contracted within the system. According to Shang, only 1% of NHI revenues are spent on administration. The system is designed to alleviate the burden on the disadvantaged and those with chronic conditions. According to statistics cited by Shang, patients with catastrophic diseases represent 3.94% of the population, but account for 27.58% of NHI medical expenditures. While the average medical expenses per person are NT$25,258, the expenses of cancer patients average NT$135,890, the average for dialysis patients is NT$586,200 and NT$3,305,733 for haemophilia patients.

Since the NHI was implemented in 1995, the financial status of the system has already gone through several crises, where expenditures exceeded revenues. Each time measures were taken to put the system back on a sustainable track, through raising premiums (which has been done four times), improving efficiency and cost cutting. While the system is once again facing a funding shortfall due to an ageing population and demand for better medicines and services, Shang noted that it would have been much worse if reforms had not been introduced in previous crises.

While Taiwan currently spends less than 6.5% of GDP on healthcare, the satisfaction rate and outcomes in terms of longevity (80 years) and infant mortality rates (which are low by international standards), are relatively good compared with OECD countries.

According to a chart provided by the speaker, NHI revenues have exceeded expenditures in a few years. However, since premiums were lowered from 5.17% in 2010 to 4.91% in 2013 and again to 4.69% in 2016, expenses since 2016 have exceeded revenue, which means that premiums will probably have to be increased again.

Looking ahead to future reforms, in the medium term, the department will concentrate on optimising the payment system and reorganising the health service system. Long term plans include integrating and implementing acute care, post-acute care and long-term care into the health insurance system.