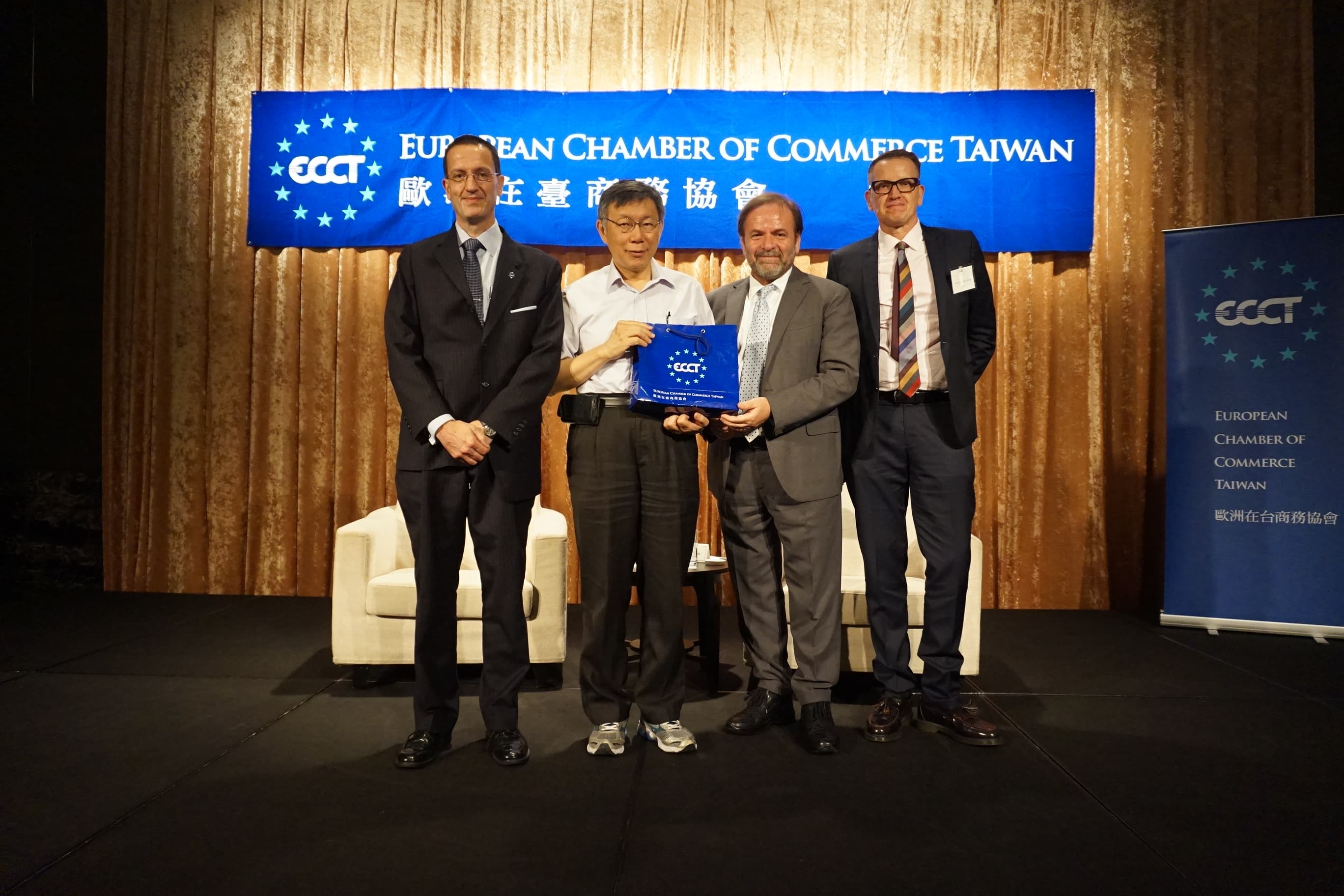 The ECCT held its annual round table lunch with the Taipei City Government. The lunch has been held every year since 1998 to discuss and improve cooperation between the ECCT and the city government. At the event, Taipei Mayor Ko Wen-je gave a short speech and answered questions from ECCT members in a Q&A session hosted by the ECCT’s Better Living co-chairperson, Tim Berge.

The event was also attended by a number of senior city government officials who were seated at different tables around the room (see full list below). The arrangement was made to allow ECCT members the chance to talk directly with officials about how to improve cooperation between the ECCT and the city government.

Also at the lunch, the ECCT signed a Memorandum of Understanding (MoU) with the Taipei City Government’s Invest Taipei Office (ITO) aimed at making it easier for investors to invest in Taipei City. The MoU was signed by ECCT CEO Freddie Höglund and ITO CEO Dr Lin Chung-chieh and witnessed by Taipei Mayor Ko Wen-je and ECCT Chairman Giuseppe Izzo.

The purpose of the MoU is to increase EU-Taiwan bilateral investment and make the process smoother for both European and Taiwanese companies. Under the MOU, the ECCT will introduce EU companies who are interested in investing in Taipei City to the ITO. For its part, the ITO will provide one-stop services for those European companies as well as aftercare service to assist European companies already operating in Taipei City. The ITO will also introduce Taipei-based companies who are interested in the EU market to the ECCT.

In his speech, Mayor Ko spoke about the city government’s response to the coronavirus pandemic, noting that the city’s approach was aligned with that of the central government, although adjusted for local conditions. He mentioned the city’s cooperation with hotels to accommodate people needing to spend 14 days in quarantine and with taxi operators especially trained to transport people to and from quarantine facilities. The mayor also reported that its online learning platform had received high usage.

On the subject of rent relief, the mayor said that the city had lowered the rent on buildings owned by the city by 50% for six months as well as offering tax relief. As for the way forward, Mayor Ko said that we should decide now what the new normal standard operating practices should be and apply them immediately rather than wait until after the pandemic. In this regard, he said that the city would be holding a series of hearings to which it would invite opinions and advice from professionals. He also invited members to submit questions to the city’s contact windows.

In the Q&A session following the mayor’s speech, the mayor acknowledged the issue of unequal treatment of foreign residents and undertook to follow up.

On a question about the Taipei Dome, Mayor Ko said that the project would soon be resuming following the granting of a licence today.

On the subject of the outdated practice of employees having to clock in and out of work, Chen Shin-yu, Commissioner of the Department of Labour, said that while the city had to follow the labour law in this regard, it could help to apply for exemptions for employees which earn more than NT$150,000 per month.

The lunch was concluded with each of the commissioners summarising the discussions at their tables during the lunch. 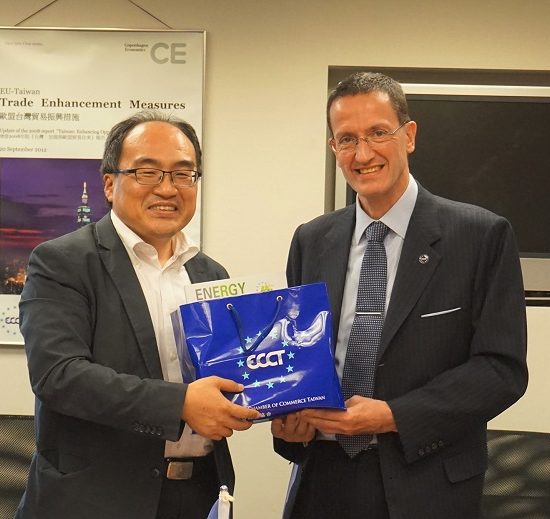 Meeting with the IDB