Webinar with Swiss Re 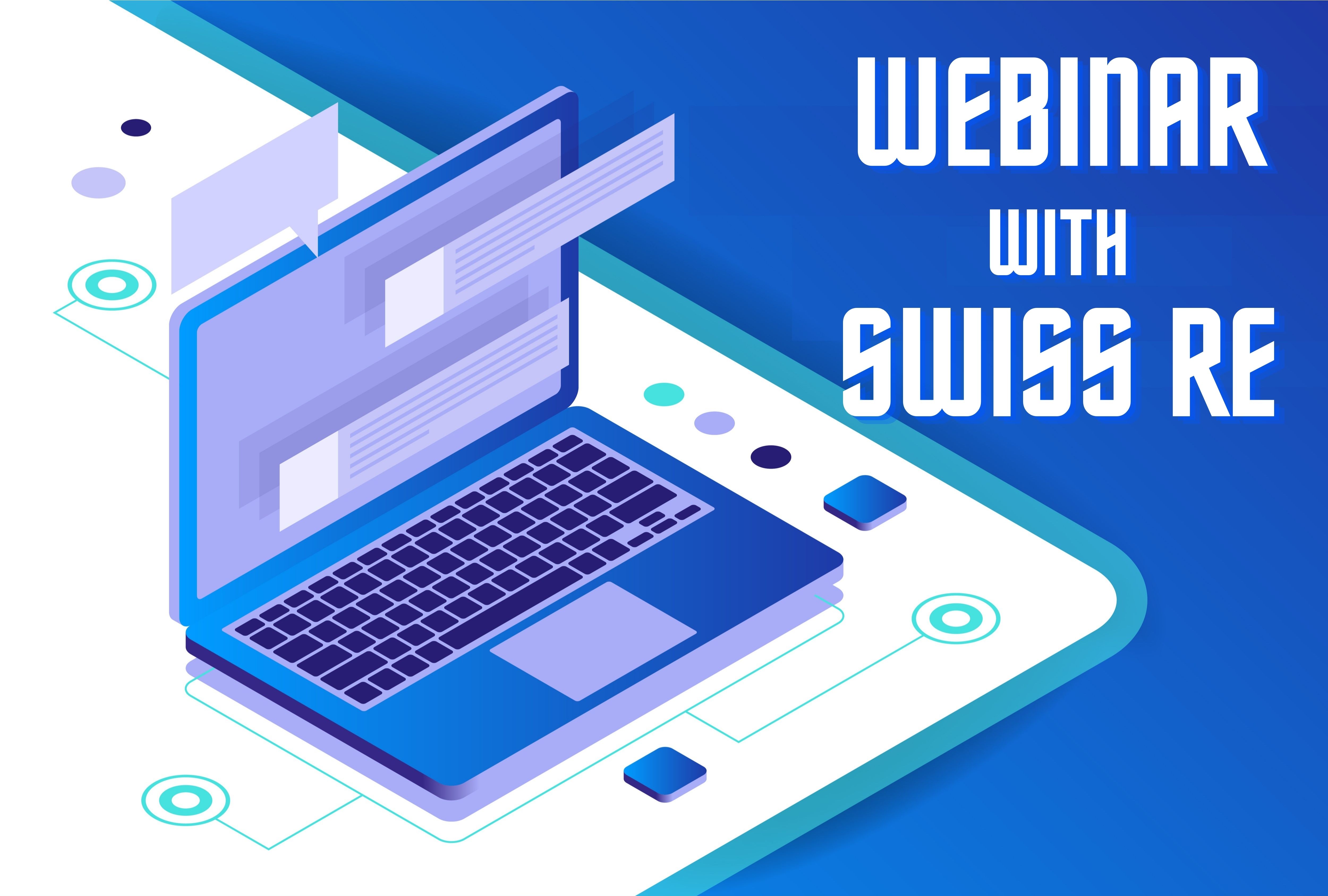 The webinar was part of the ECCK's series of webinars on the United Nations' Sustainable Development Goals (SDGs) in which global executives share their companies' insights and efforts to contribute to the SDGs. In addition to its own members, the webinar was open to all members of the European Business Organisation Worldwide Network (EBOWWN), which includes the ECCT.

According to a recent study conducted by Swiss Re, climate change could result in a 20% loss in GDP if no action is taken by 2050, which, by then would be equivalent to US$30 trillion per year.

Swiss Re has set up a governance framework to develop, enhance, implement and monitor the company's sustainability efforts, including a Group Sustainability Council.

ESG funds have been growing faster than any other asset class. Morningstar estimates they now amount to US$1.7 trillion.

Swiss Re has adjusted its own portfolio as well as teamed up with partners which have committed to a net zero emissions investment. As a group, on the path to net zero, Swiss Re has set an interim target of a 35% reduction in emissions of its investment portfolio by 2025.

Although Swiss Re currently does not tend to exclude whole sectors or countries from investments, there is now more focus on sectors that will help to reach net zero emissions goals.

According to Fürer, Swiss Re is already net zero in its own operations (with offsets) but aims to be completely net zero by 2030. Incentives are given to its business managers to reduce the carbon footprints of their sectors.

The speaker stressed the need to lead by example as well as work with partners to navigate the difficulties in getting to net zero. This includes multinational organisations.

He cited a figure north of US$6 trillion that is spent on infrastructure annually. If similar investments could be made in technologies and infrastructure that further SDG goals, the world would be able to avoid the 20% drop in GDP that Swiss Re estimates will happen if no action is taken to address climate change.

The insurance industry can help to nudge countries and industries away from carbon intensive activities by making premiums more expensive for these industries.

Having a global price and marketplace for trading carbon has great potential and if such a mechanism is successfully introduced, it would be a game changer. Fürer cited an example of how a price of US$100 per tonne of carbon would erode the profits of one carbon intensive business by 40-80%. This indicates how the effective pricing of carbon could render many traditional businesses unprofitable and prompt a large-scale shift to low carbon alternatives using a market mechanism.

In the Q&A session Fürer was asked a question about the lack of standardisation in the reporting and monitoring of ESG investments. He acknowledged that, while progress had been made, there is an urgent need for global standardisation, and possibly rating agencies, for how ESG investments are reported and monitored to make the investment environment safer and more transparent for companies and investors.