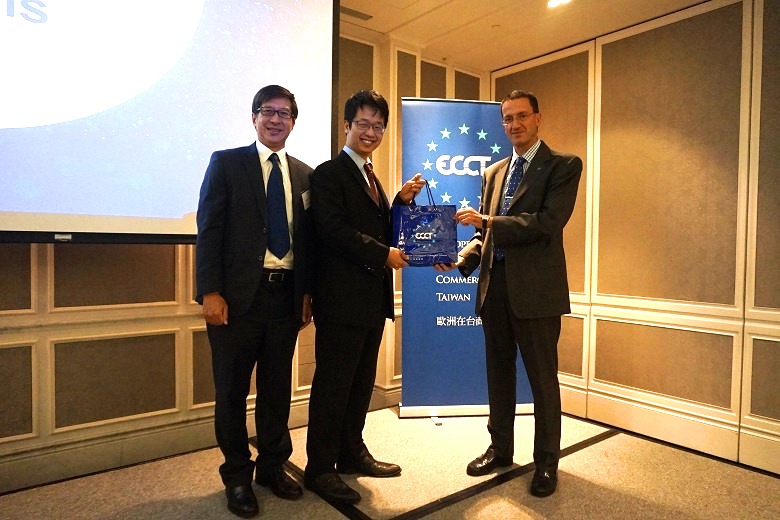 The ECCT's Human Resources committee hosted a lunch with guest speaker, Howard Shiu, Partner at Baker & McKenzie. The speaker gave an update on the latest labour law developments regarding exemptions for highly paid managers, exemptions to regular days off, attendance records and other compliance issues.

He began by describing in detail which employees may be exempted from the strict labour law requirements that apply to regular employees. Under Article 84-1 of the Labour Standards Act, certain employees including supervisory or managerial workers, and professional workers, those doing monitoring or intermittent jobs or other jobs of a special nature may become exempted workers provided they: fall within one of the categories that the Ministry of Labour (MOL) has announced as eligible for exemption, there is a written agreement in place between the employer and employee that has been reported to and approved by the local authority. The agreement must cover working hours, days off and the extent of night work for female employees.

Examples of types of employees that the MOL has announced to be eligible include bank managers in supervisory roles, family helpers, accountants, lawyers, flight attendants, security guards, hospital workers and insurance salespeople.

In addition, in a major breakthrough for the ECCT, the MOL has announced a new category, “highly paid managers”, defined as those who earn a guaranteed salary of at least NT$150,000 per month with “supervisory roles”, who may be exempted. The term supervisory role is defined as being responsible for business operations and administration and having the right to recruit and terminate employees and decide their employment terms.

According to the speaker, some local labour authorities, who have the power to conduct actual reviews, have stricter requirements than others. For example, Hsinchu authorities require that the exempt employee has to have the power to make a final decision when imprinting a document with personal and business chops. Taipei, Taichung and Tainan, on the other hand, have more relaxed interpretations.

Nevertheless, no applications have been filed in Taipei so far. While it is not possible to ascertain exactly why this is the case, it has been speculated that companies may not want to draw attention from labour authorities, which they suspect could lead to unwanted inspections. However, the speaker suggested that companies are not likely to be singled out for inspections simply for filing for a highly paid manager exemption.

In cases where companies do not meet any of the MOL previously-announced exemptions, they can apply to add their industry to the exemption list through their industry associations. Provided the association agrees and submits an application to the MOL, the MOL will convene a meeting with industry associations, labour unions, scholars and experts to review the application. So far, this route has not been taken by many enterprises.

On the subject of rules governing regular days off, Shiu noted that in most cases it is illegal for employees to work for more than six days in a row even if they volunteer to do so. However, there are several ways to adjust the so-called regular day off. For example, the day off does not have to be the same day of the week over a two week period, meaning, it is theoretically possible to work for 12 days in a row (if the days off are on the first and last days of the two week period). However, this arrangement has to be agreed by the central regulatory authority, the labourers and the local labour authorities.

The MOL has already announced that the food and beverage manufacturing, fuel wholesale and retail, passenger transportation, petroleum refining, manufacturing, pharmaceuticals and cosmetics retail, press and media and ocean shipping industries may apply for exemptions to the regular day off rules. According to the speaker, so far 291 applications for exemptions have been filed.

For some industries that require longer periods of consecutive work, there is also the option of applying for 4-week flexible hour arrangements. This allows for the allocation of regular work hours within 4 weeks with a maximum of 10 hours a day (plus 2 hours of overtime) and the ability to adjust regular days off within 2 weeks, as long as employees have at least 2 regular days off every 2 weeks and 8 days off every 4 weeks. Theoretically, this could allow up to 17 consecutive days of work, once again subject to approval from labour authorities.

On the subject of the Labour Litigation Act, aimed at facilitating employees’ lawsuits against employers, judges will be the chief mediators for mandatory mediation procedures. Employers should be aware that judges can order an employer to continue paying salary during a wrongful termination lawsuit while extra work hours recorded will be assumed to be overtime.