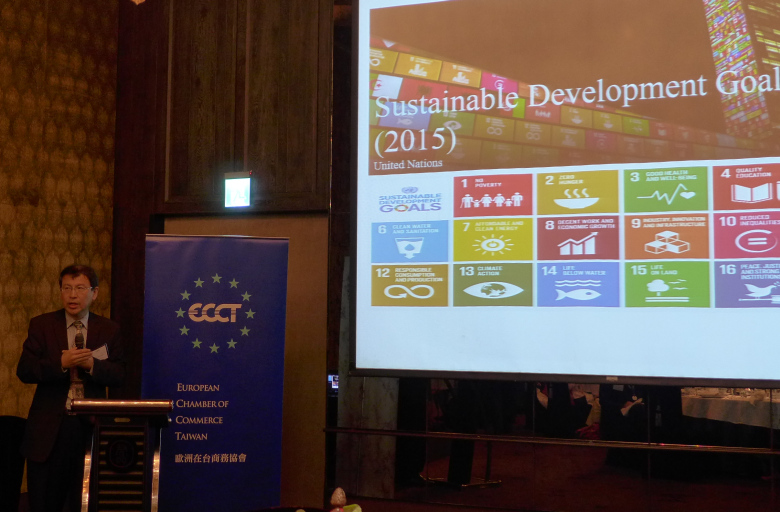 The ECCT's Energy & Environment committee hosted a lunch on the topic "Taiwan's current energy and carbon reduction policies" with guest speaker Dr Alan Lin (Tze-luen), Deputy Executive Director of the Executive Yuan's Office of Energy and Carbon Reduction. Dr Lin is concurrently a member of the board of Taiwan Power Company and Associate Professor in the Department of Political Science at the National Taiwan University with a focus on research on international and local renewable energy policies and incentive mechanisms. He is one of the leading forces in the administration to plan and implement renewable energy targets and carbon reduction plans, helping to coordinate efforts between the different ministries and agencies involved. At the event the speaker provided an update on the government’s most recent progress, policies and future energy transition and carbon reduction plans.

More attention is now being paid by governments and enterprises to the risk of extreme weather events as a result of climate change. The World Economic Forum’s 2017 Global Risks Report, for example ranked extreme weather events, natural disasters and failure of climate change mitigation and adaptation as the most serious and most likely to occur risks. Sustainability is no longer a fringe issue. It has become central to government and corporate planning.

Recent alarming reports have suggested that even if governments fulfil their pledges under the Paris Agreement, it would not be enough to prevent the temperature from rising about 2˚ Celsius. It has been predicted that a rise of this magnitude would kill the world’s coral reefs.

Predictions by the International Energy Agency (IEA), based on recent energy data, indicate that while carbon emissions are on a declining trend in the developed world and are expected to reach a peak in China by 2030 before gradually tapering off, they are still expected to continue rising steadily in the rest of the world, thereby pushing overall greenhouse gases higher. The bad news is tempered slightly by the good news that there has been an overall decoupling of economic growth from energy-related emissions.

Here in Taiwan, 2016 marked a turning point where the government made a commitment to phase out nuclear energy, gradually reduce the use of fossil fuels and increase the use of renewables. This has since been followed up by legislation and policies to reach ambitious goals. The most important action demonstrating this commitment was the passage of the Greenhouse Gas Reduction and Management Act (GHG act) that came into force on 1 July 2015 and laid down GHG emission reduction targets by 2050 for Taiwan (to reduce emissions by 50% from 2005 levels).

While promoting the “green economy” is one of the government’s four major policy objectives together with environmental sustainability and social equity, the government’s first priority is to ensure energy security. This explains why it will retain a portion of coal and natural gas in the energy mix and sufficient energy reserve capacity margins are built into the government’s energy plans. However, Lin said that it is possible to reduce the portion of fossil fuels in the mix in future if the renewable energy roll-out and integration proceeds better than expected.

In terms of strategy, the focus is on both supply (increasing the use of renewables and natural gas) and demand (increasing energy efficiency through various incentives).

An important part of the power market reform strategy is a restructuring of Taipower, a process in which Lin is involved as a member of Taipower’s board. The process has begun but it will take 6-9 years. Not all the details have been worked out yet. According to Lin, the management team is prepared psychologically for the transition but it will be difficult and time-consuming to change the whole culture of the organisation.

Another important element of the current strategy, which was somewhat overlooked previously, is to get the active engagement and participation of local governments in the planning and implementation. According to Lin, some local authorities have come up with good ideas, which they are able to implement, sometimes better than central authorities.

The experience from Europe and other developed countries has shown that economic growth can be decoupled from carbon emissions. However, according to estimates by the Bureau of Energy, while Taiwan’s carbon emissions peaked in 2007, they have levelled off over the subsequent years rather than start to decline, nevertheless indicating a drop in energy intensity given modest economic growth rates and modest rises in energy usage. As more renewables are added to the grid, a more pronounced degree of decoupling will occur. According to a chart provided by Lin, Taiwan’s electricity emissions factor in 2017 was 0.554 kilograms (kg) of CO2 equivalent per kilowatt hour (kwh). By gradually greening the energy sources, the government’s target is to reduce this to 0.394 CO2/kwh by 2025.

Industry remains the largest source of CO2 emissions (49%, including emissions resulting from electricity usage), followed by transportation (14%). However, if you were to add the portions attributed to commercial (12%) and residential (11%) property and energy generation (12%), it is clear that a large portion of emissions (over 30%) can be attributed to buildings. After extensive consultations, the government has decided [for economic reasons] to allow industry a small increase in carbon emissions while the transport, building and agricultural sectors will be subject to cuts. The government has set targets to replace all government vehicles and public buses with electric versions by 2030, all motorcycles by 2035 and cars by 2040.

However, while reduction targets have been set for buildings, not much has been done to bring about an improvement in the energy efficiency of buildings. Lin admitted that this is a very difficult area to tackle since it involves setting and enforcing new building codes as well as the cooperation of multiple players in the building industry supply chain.

The original target for 2025 was 3GW of photovoltaic (PV or solar) capacity on rooftops and 17GW for ground installations. According to Lin, the government has met its target for the first phase to install 1.52 GW of photovoltaic (PV or solar) capacity between July 2016 and June 2018. It is now working on plans for the next phase of development. The target under the “Green Energy Roofs Project” is to install 2GW of capacity by 2020. A recent announcement that approval has been granted to install solar panels in graveyards is an example of authorities finding innovative ways to take advantage of what limited land areas are available for solar installations. Lin said that there has been great interest from developers, who have collectively submitted applications for projects whose capacity would exceed the government’s current targets. This has already led to an increase in previous targets for solar as well as offshore wind projects, where developers are optimistic they can easily exceed the current target of 5.5GW.

This bodes well but there is still much work to do in the review and permit process, besides building the necessary infrastructure (grid and harbours).

Besides wind and solar energy, the office is also exploring the potential of hydro-electric, geothermal and biofuels.

Lin’s office is also looking at issues such as smart grids and energy storage.

The office is working on an Energy Transition White Paper, covering all aspects of Taiwan’s energy transition, and which is the result of extensive research and consultations with the public and experts. A draft of the paper will be made available to the public to submit opinions. Feedback will then be reviewed by expert taskforces, who will make final revisions and submit a final version for approval to the Executive Yuan.

Each of the five taskforces, made up of 8-12 experts from academia, industry, NGOs and government, will cover each of the following specific areas, namely: 1) Energy governance; 2) Energy conservation; 3) Electricity; 4) New and renewable energy and 5) Green energy technology and industry. 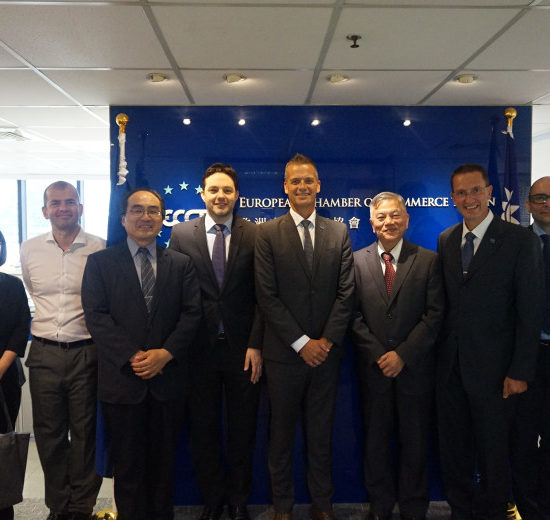 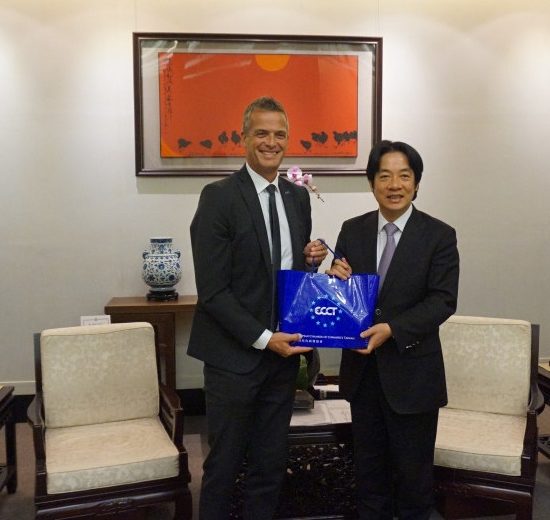