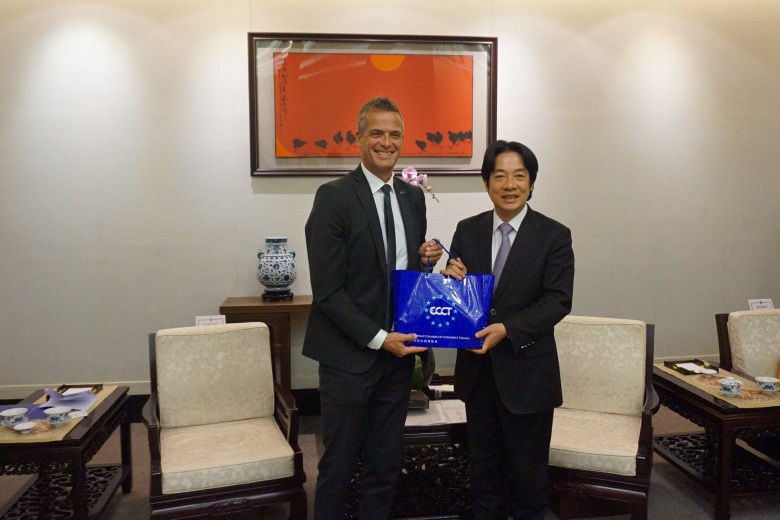 An ECCT delegation led by Chairman Håkan Cervell and CEO Freddie Höglund visited the Executive Yuan where they met with Premier William Lai (Ching-te) and senior cabinet officials. The annual meeting with the premier is held to raise and discuss the chamber’s most pressing business issues.

In his opening remarks Premier Lai thanked the ECCT for its input on how to bring Taiwan’s regulatory environment in line with international standards and thereby improve Taiwan’s competitiveness. In his remarks Chairman Cervell thanked the premier on behalf of the ECCT for the unprecedented level of exchanges with the government over the past year. He noted that in just the past month alone the ECCT had met with the ministers of Economic Affairs, Health and Welfare and the National Development Council (NDC). He singled out NDC Minister Chen Mei-lin who hosted two days of meetings, which were also attended by nine vice ministers. This was the second series of meetings between the ECCT and the NDC held this year, which were very productive in that they yielded real progress on several issues. The chairman also welcomed Premier Lai’s initiative to make English a second official language of Taiwan.

Following input from committee representatives, the premier and NDC Minister Chen Mei-lin, who was also present at the meeting, undertook to follow up on the issues raised and meet with the ECCT again in the very near future.