The ECCT's Pharmaceutical committee hosted a lunch on the topic of the co-payment system reform and prospects featuring guest speaker Dr Lee Yue-chune, Professor of the Institute of Health and Welfare Policy at National Yang-Ming University. The speaker gave an analysis of the key factors that need to be taken into consideration in reforming the payment mechanism of Taiwan’s National Health Insurance Administration (NHIA) system. In her presentation she gave an overview of the current payment system and offered perspectives on ways to spread the cost burden more fairly, citing some international examples.

Taiwan’s NHIA is currently struggling achieve long-term financial sustainability. To achieve sustainability will require both reducing costs and finding new sources of revenue. Many new drugs are not being covered in the current payment system. Looking at a chart of insurance premiums versus healthcare expenses over the 23 years since the NHI system was introduced, shows that costs have consistently exceeded revenues in most years, except for the period from 2009-2014, after new sources of revenue were introduced. However, in 2017 and 2018, the gap between revenues and costs has expanded.

Experience has shown that offering totally free healthcare increases the risk of moral hazard, which is why Taiwan has adopted a system whereby patients are required to pay a portion of the costs. Looking at international examples, except for a few countries, such as Canada, Denmark, Hungary Poland, Spain and the UK, where healthcare is free of charge, most countries have partially free co-payment or co-insurance systems. However, they usually have a maximum or stop loss limit on the amount that NHI pays out.

According to research cited by the speaker, most studies have found that partial burden mechanisms reduce medical use, but this does not necessarily lead to a reduction in waste, and the effect is often short-term. High-income countries such as France, Germany, Japan, the United Kingdom, and the United States have also raised their co-payment burden for patients in order to reduce medical expenses, in addition to reforming payment systems. In particular, they raised the portion patients must pay for drugs. However it was found that regardless of the amount of adjustments to the partial burden, the proportion of the final deductible as a percentage of the overall medical expenses remains unchanged. In addition, most countries have a cap on the partial burden to protect low income users.

Based on a review of Taiwan’s so-called second generation healthcare reform, a number of areas were identified for improvements. For example, the average partial burden rate of outpatients is only 8%, which is far from the statutory ratio and other medical expenses (such as inspections, examinations, treatments and surgeries are not subject to co-payments.

There have been a number of discussions on how to reform the co-payment system for drugs. The cancer foundation has encouraged a reasonable review of co-payments for cancer patients of the partial burden of major injuries, and the upper limit of the total amount of the annual burden, according to the economic ability of the insured.

Other reform recommendations have included tightening control of the serious injury or disease card system (which gives reduced rates to patients holding these cards), even so far as cancelling it completely, implementing a stop loss mechanism to improve the fairness of the burden and reduce waste or introducing a limit on the total costs of medical expenses, among others. However, the issue is controversial and no consensus has been reached.

Given that Taiwan’s healthcare expenditure is only about 6.4% of GDP, which is much lower than the OECD average, it has been recommended that public spending should be increased moderately in order to increase the amount spent on innovative medicines and technology. Also, in line with the ECCT’s recommendations, healthcare authorities have been advised to accelerate the introduction of new drugs and establish a transparent and predictable review mechanism in conjunction with a Health Technology Assessment (HTA).

Dr Lee concluded that Taiwan’s NHI system has performed well but has room for improvement, in particular by increasing the healthcare budget, reviewing the partial injury burden policy for major injuries and adjusting part of the burden system, accelerating the introduction of innovative new drugs by establishing a transparent and predictable review mechanism, introducing the Drug Administration Entry Agreement (MEA) and reducing the burden on users. 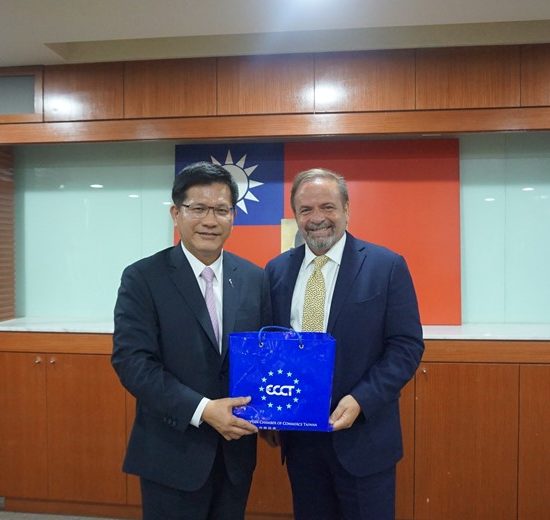 Meeting with the MOTC