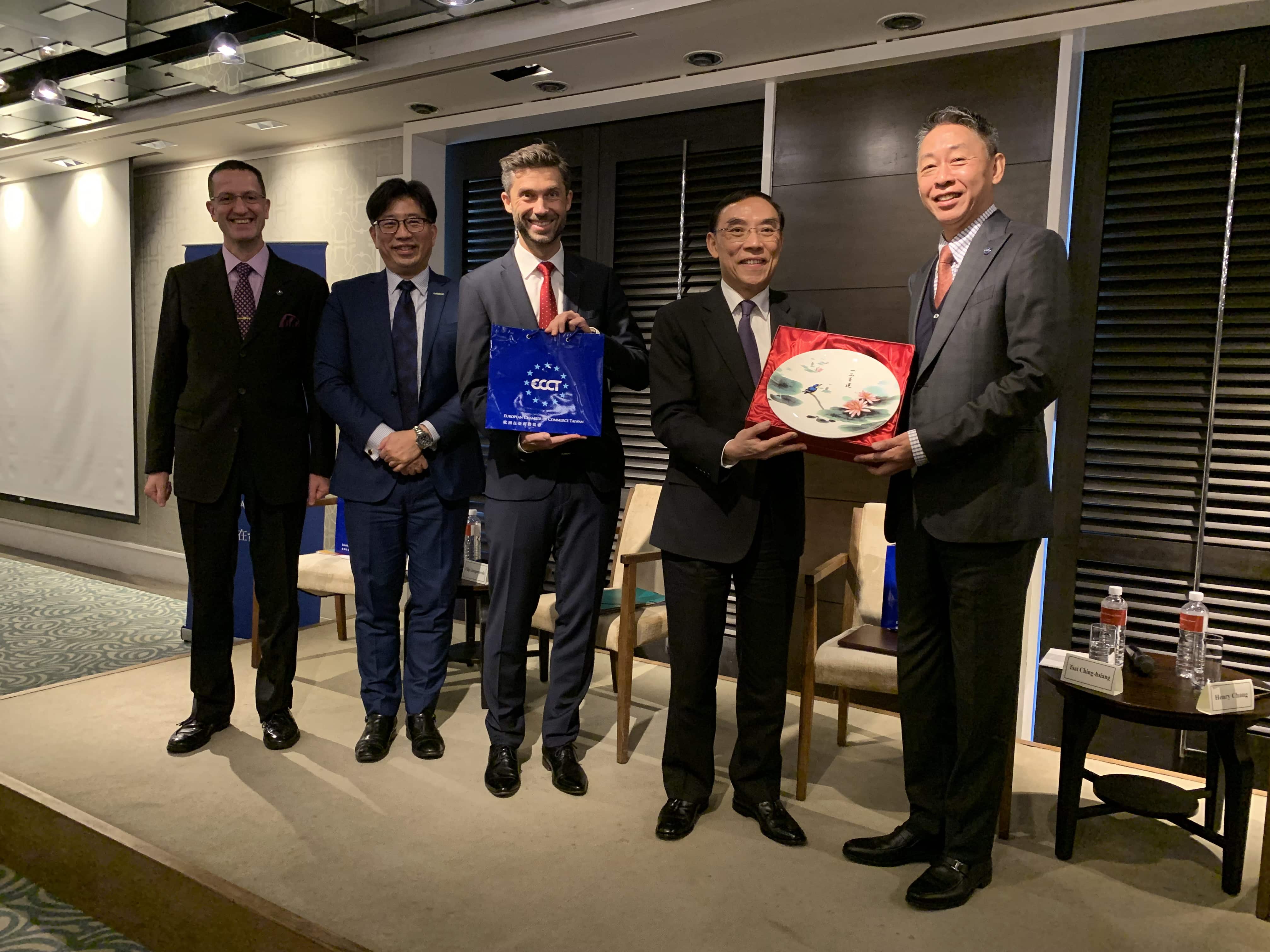 The ECCT arranged a Premium Event lunch with the Ministry of Justice (MOJ) Minister Tsai Ching-hsiang (蔡清祥). The event was the latest in the ECCT’s Next Generation Business & Leaders Series. It featured a presentation by Minister Tsai on the topic “Integrity leading the way: Invest in Taiwan with peace of mind” and a Q&A session moderated by ECCT Chairman H Henry Chang, which also featured Filip Grzegorzewski, Head of the European Economic and Trade Office in Taiwan and John Lee, Managing Director of the Merck Group in Taiwan.

In his speech, Minister Tsai gave an overview of the MOJ’s efforts to promote clean government and business integrity, including rooting out corruption, corporate espionage, and related crimes, as a way to enhance the attractiveness of Taiwan’s investment environment.

The minister began by listing some of Taiwan’s rankings related to transparency and corruption. Taiwan moved up three notches year-on-year to 25th in the 2021 Corruption Perception Index, released in January 2022 by Transparency International. The ranking lists in order the least corrupt countries in the world. This year’s ranking was Taiwan’s highest ever. Taiwan also ranked 6th (out of 86 countries) in Transparency International’s 2020 Government Defence Integrity Index, which was the same ranking as Germany.

The World Economic Forum’s (WEF) latest Executive Opinion Survey, which ranks corruption in government, gave Taiwan a score of 79 in 2021, up six points from 2020. The 2021 TRACE Bribery Risk Matrix released by TRACE Anti-Bribery Compliance Solutions ranked Taiwan 15th out of 194 countries and 1st in Asia.

In addition to focusing on corruption in government and the civil service, the United Nations Convention Against Corruption (UNCAC) also states that the private sector should: set standards of conduct, prevent conflicts of interest and increase transparency.

According to the WEF, the global cost of corruption is about US$2.6 trillion or equivalent to about 5% of global GDP annually while the World Bank estimates that individuals and corporations pay about US$1 trillion in bribes, which increases the cost of doing business by

Minister Tsai went on to list some of the activities his ministry has been engaged in over the past few years. In 2018, a review meeting was held on the ROC’s Initial Report under the UNCAC, which invited international and local experts and made 47 concluding observations which have served as an important reference for the government’s policies and norms. The ministry has organised frequent cross-domain foreign business and enterprise integrity forums, involving industry players, government, academia and NGOs aimed at enhancing anti-corruption practices and corporate governance. Several of them have featured representatives from ECCT member companies.

In a forum arranged together with the Financial Supervisory Commission and private financial institutions, the subject of whistle-blower protection & corruption prevention management mechanism was discussed. In another, arranged with the Ministry of Labor and a representative of the UK’s Health and Safety Executive (HSE) and the construction industry, the topic of compliance and the reduction of occupational accidents.

The MOJ has produced its own film to educate the public on the importance of integrity, which is recommended to companies to use as part of their employee training.

The minister went on to talk about the importance of trade secrets protection and how companies should protect themselves as well as make sure that they do not inadvertently violate the trade secrets of other competitors. In terms of the MOJ’s own efforts in this regard, it has drafted amendments to strengthen the Trade Secrets Act, produced guidelines, enhanced training of its own officers as well as communication with industry. The minister noted that the MOJ has organised visits to companies in Taiwan’s science parks to talk with compliance officers about what they could do to strengthen their security and compliance. The ministry has also produced a public awareness video about trade secrets.

Besides taking measures to protect their secrets, the minister recommended that companies take an inventory of their secrets and their estimated value so that, if a secret is stolen, it will help them with preparations for legal action. In terms of protection, he stressed the importance of IT safeguards and monitoring for instances of abnormal downloads or internet traffic.

In the Q&A session, Filip Grzegorzewski shared some of the mechanisms employed at the EU level and in EU member states to address corruption while John Lee introduced his company and how it is educating its own employees on compliance and anti-corruption matters. Minister Tsai concluded by saying that the MOJ welcomes cooperation with European institutions and companies aimed at eliminating corruption and enhancing business integrity and that it is in the process of finalising the draft of a new whistle-blower protection bill. 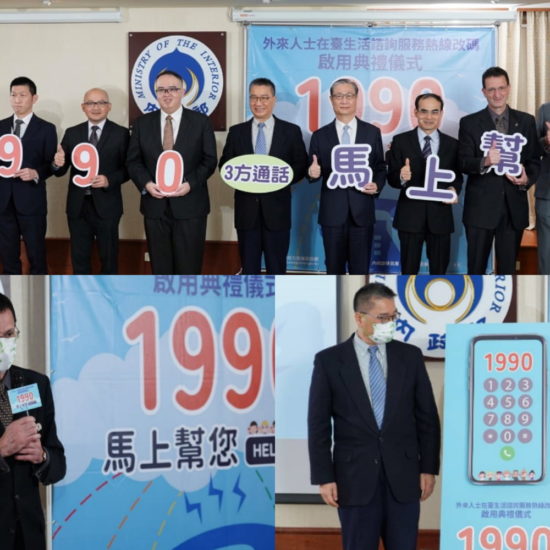