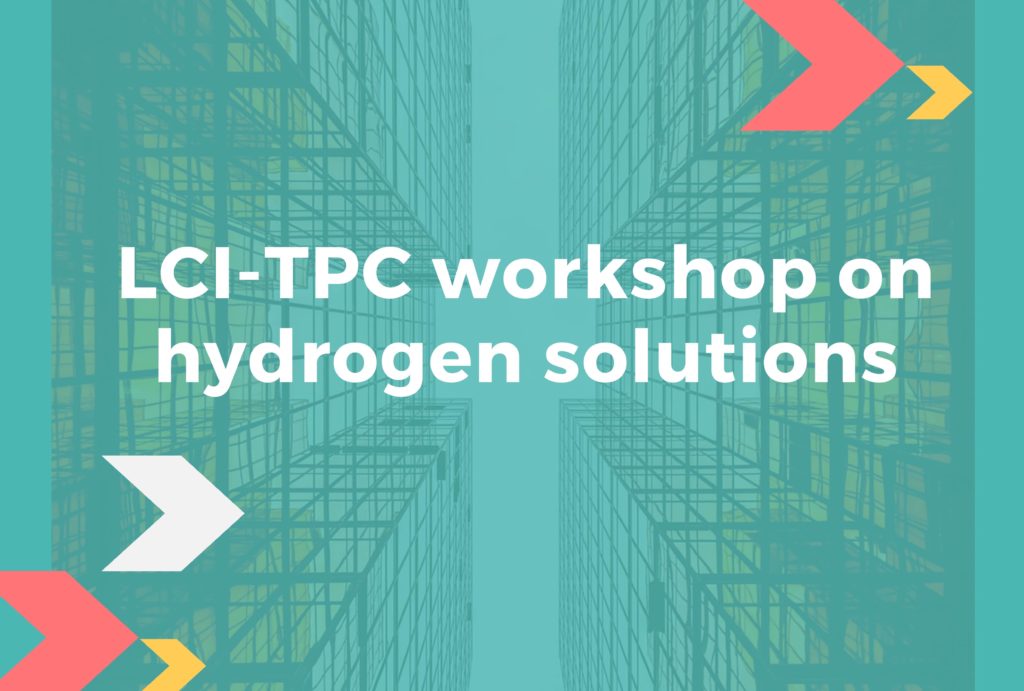 The ECCT's Low Carbon Initiative (LCI) jointly arranged the second in a series of workshops with Taiwan Power Company (TPC) on the topic: "Advanced hydrogen technologies & applications". A total of 258 people, including 203 from the TPC and 55 from the LCI signed in for the online event.

The online workshop was moderated by LCI Director Sammy Su and featured four distinguished executive speakers from three ECCT LCI member companies: Air Liquide, Ørsted, TÜV Rheinland and a fourth presentation by a representative from IHI Japan, which was invited by Jera. Each presentation was followed by a Q&A session.

Olivier Blachier, APAC Vice President of Energy Transition and Hydrogen Energy for Air Liquide, gave a presentation on the topic "Energy transformation through hydrogen energy carriers". While hydrogen has the potential for use in many applications, one of the major challenges for Taiwan is to find reliable ways to transport and store hydrogen.

The main use of hydrogen today is as a feedstock for industries, including high tech companies, but in future it will increasingly be used in heavy-duty transport and become a source of industrial energy and power generation buffering. Air Liquide predicts that hydrogen has the potential to contribute to 18% of the final global energy demand.

While thousands of hydrogen-powered vehicles are already in use, the technology is not likely to be deployed widely in passenger cars given the fact that the current trend towards battery electric vehicles is ascendent. However, hydrogen is expected to be widely used in heavy-duty vehicles such as trucks, buses, trains, planes, and ships, where the power requirements make the use of electric batteries impractical, given the weight of batteries necessary for large vehicles. In addition, while hydrogen is already used in small and medium-sized vehicles, it is expected to take longer for hydrogen to be used in ships and planes. Blachier said that the first commercial planes using hydrogen could be introduced by 2035.

Blachier went on to talk about the hydrogen value chain globally and in Taiwan. He noted that while Taiwan has a gas supply chain, it does not have a liquid supply chain, which would be needed for the transport of liquid hydrogen at scale. Liquid hydrogen is typically used as a concentrated form of hydrogen storage since storing hydrogen as a liquid takes less space than storing it as a gas at normal temperature and pressure.

While at present there are transport and storage options for compounds that contain hydrogen, such as methanol and ammonia (a compound of nitrogen and hydrogen or NH3), they are currently lacking for liquid hydrogen. However, there are a number of ongoing global developments that aim to scale up the production, transport, and storage of liquid hydrogen. In the meantime, various compounds may be transported and then converted to hydrogen, but the process is expensive and energy-intensive. Ammonia itself is an easy way to store hydrogen and it may also be used as a fuel for generating power. This may be an option for Taiwan in the near term until a more robust liquid hydrogen supply chain is in place.

Methanol is well known but uses a lot of CO2 and the production will need to be decarbonized first, which would be challenging. Liquid organic hydrogen carriers (LOHC) can be used as storage medium for hydrogen. However, the sequence of endothermal dehydrogenation followed by hydrogen purification is considered the main drawback that limits the overall efficiency of the storage cycle for LOHC.

The speaker went on to describe the two most widely known power generation applications for hydrogen: fuel cells and gas turbines. He noted that many factors need to be considered and weighed when deciding on the most optimal technology option to be deployed for power generation, including efficiency, costs, environmental impact (especially emissions) vs benefits and location (for example, remote locations require different considerations compared to urban areas). At present the costs of ammonia, hydrogen and methanol power generation are higher than for natural gas and this will have to be improved through technological advances and economies of scale.

In the Q&A session, Blachier said that Taiwan does not yet have regulations governing liquid hydrogen, which will be needed if it to be widely deployed.

He highlighted some of the projects involving renewable hydrogen that Ørsted is currently engaged in, ranging to as large as 3GW in scale and able to produce up to 1,000kg of hydrogen per day. Ørsted already gets 90% of energy generation from renewables and has set a goal to be carbon neutral internally by 2025 and for its entire supply chain to be carbon neutral by 2030. Some of the lessons learnt in the offshore wind can apply renewable hydrogen.

The company is in the process of designing a project in the UK, that is supported by the UK government, and will use offshore wind to produce renewable hydrogen for an industrial customer.

The UK government has set a target of 5GW of low carbon hydrogen by 2030 and the government has set up a public-private group to work towards the goal. Europe has a hydrogen buildout timeline which aims to introduce peer-to-peer projects (from 2020-2025) to replace fossil fuels, create hydrogen clusters (from 2025-2030) and create an integrated hydrogen grid throughout Europe (from 2030-2040).

London has a fleet of hydrogen cars and buses because there is not enough electricity if all vehicles were to be battery-electric, showing how hydrogen can complement other green vehicle technologies.

The Danish Energy Agency is working with Ørsted on a project to develop green hydrogen. A flagship project involving many companies, aims to create green hydrogen for Copenhagen airport for electricity, vehicles and eventually for planes and ships in the future.

The EU Hydrogen Strategy has a target to reach 6GW of renewable hydrogen by 2026 and 40GW by 2030. The strategy plan covers the whole value chain as well as uses for hydrogen. The European Clean Hydrogen Alliance will help to build a robust pipeline of investments. It is a relatively new development that has happened in just the past two years, which shows that it is not too late for countries like Taiwan to catch up.

Ho expressed the view that with the right policies and economies of scale, renewable hydrogen can become cost-competitive with fossil fuels within 10 years in the same way that the development of offshore wind has shown how costs can be dramatically reduced with the right actions.

One also has to consider the permutations and best options for renewable production and transport, which can be tailored and optimized according to local conditions. Stakeholders in Taiwan need to decide which options are best for them.

In the Q&A session, Ho said that, at the moment, analysts in every market think that they will be able to import hydrogen, which shows that there is currently not enough ambition globally to ramp up production sufficiently. Besides production capacity, a trading hub for hydrogen will also be needed, just as there is now for oil and natural gas.

Koichi Tamaru Chairman and CEO of Jera spoke about how his company is cooperating with IHI. He then handed over to Ryo Hanaoka, Manager of the R&D Department, Engineering Center, Carbon Business Unit and Energy and Environment Business Area of IHI, to give a presentation on the topic of ammonia gas turbine co-generation technology for coal fired boilers.

The speaker noted that the advantage of using ammonia (NH3) as an energy carrier is that it has the highest hydrogen content per unit of volume, it is easy to liquify (at -33 degrees Celsius at 1 bar, similar to LNG), infrastructure for production and transportation already exists and it can be used directly as a fuel for power plants.

Japan now uses coal for 23% of its power plants. If it can replace a portion of the coal with ammonia it may reduce overall emissions compared to pure coal-fired plants.

Hanaoka went on to provide an overview of a project IHI is participating in. He described how several problems had to be overcome when combining coal and ammonia as a fuel source. For example, the burn is slower and temperature is lower for ammonia and the plant burners had to be modified and optimized to create a stable flame. In addition, safety measures had to be modified to avoid poisoning. In the process of tests conducted in 2017 and 2018, various methods for injecting ammonia were tried to find the optimal method. It was found that a stable flame can be achieved by controlling the swirl of secondary air.

In the future, IHI will conduct a demonstration project of 20% ammonia co-firing in 1GW coal-fired plant and will evaluate the impact on the plant's equipment as well as the supply chain. IHI is simultaneously also working on reducing emissions in the ammonia supply chain.

In his presentation, he gave an introduction to his company's involvement in hydrogen, accidents that occur and damage caused during the production, transport and storage of hydrogen and safety management solutions.

Kao highlighted cases of accidents, explosions and leakage that have occurred in Korea, the United States and Taiwan that indicate the need for strict safety standards and protocols.

He gave a detailed description of why hydrogen is dangerous and may cause accidents if not handled properly.

To improve safety, Taiwan would do well to learn from the EU's so-called HyLaw (Hydrogen Law), initiated in 2017 to remove legal barriers to the deployment of fuel cells and hydrogen applications, aimed at boosting the market uptake of hydrogen and fuel cell technologies. The project has brought together 23 partners from Austria, Belgium, Bulgaria, Denmark, Finland, France, Germany, Hungary, Italy, Latvia, Norway, Poland, Romania, Spain, Sweden, Portugal, the Netherlands, and United Kingdom, and is coordinated by Hydrogen Europe. The group has set up a database covering different legal and administrative procedures in nine major categories of the hydrogen supply chain, including production, storage and transportation and the various applications.

Another European initiative, the Fuel Cells and Hydrogen Joint Undertaking (FCH JU), provides a useful reference for Taiwan. The FCH JU is a unique public private partnership, made up of the European Commission and fuel cell and hydrogen industry representatives, aimed at accelerating the market introduction of these technologies. The FCH 2 JU launched the European Hydrogen Safety Panel (EHSP) initiative in 2017 with the mission to assure that hydrogen safety is adequately managed, and to promote and disseminate H2 safety culture within and outside of the FCH 2 JU programme. 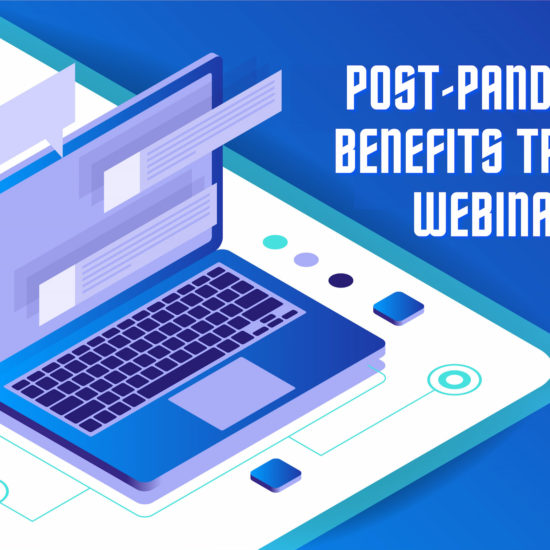