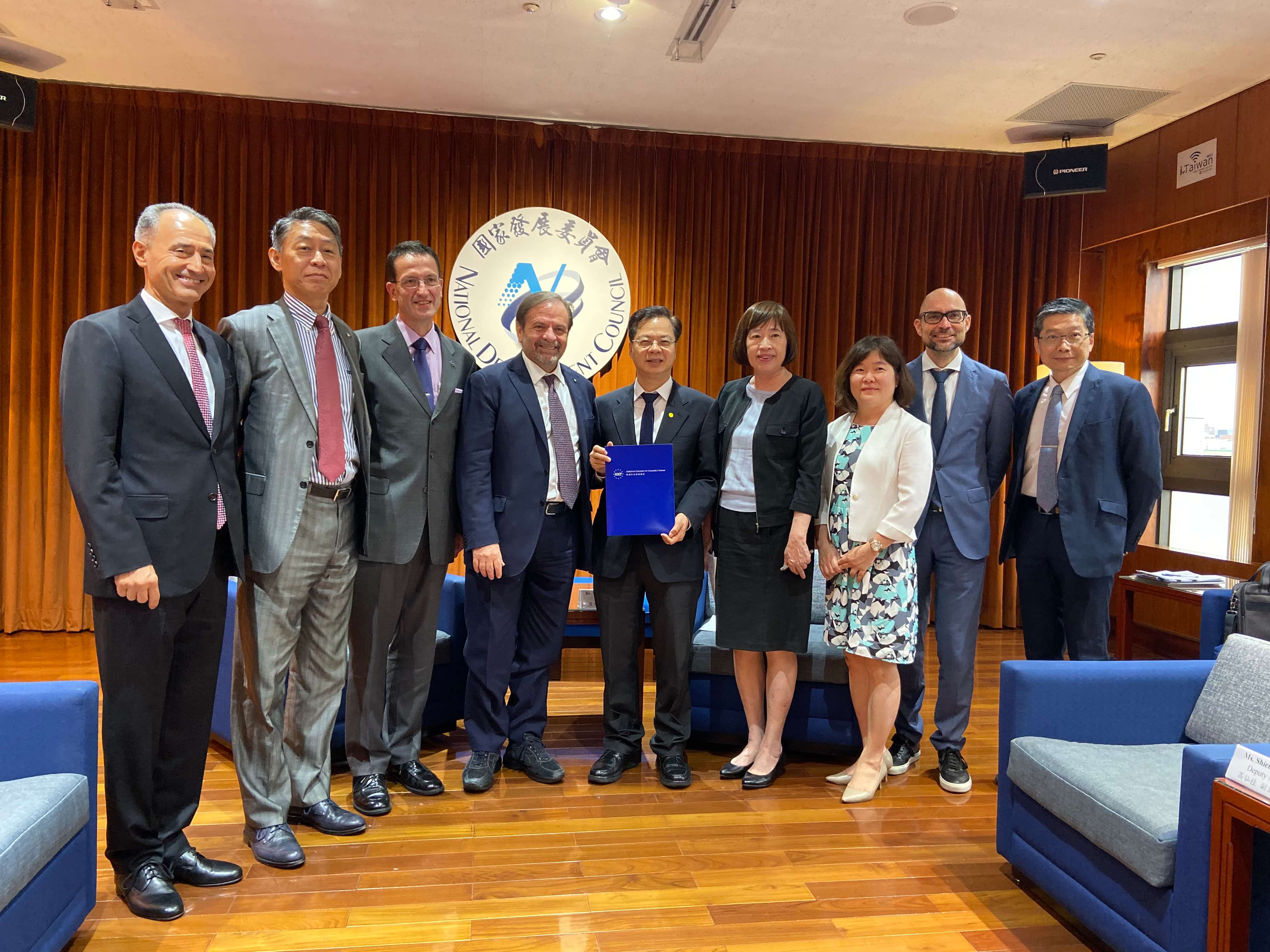 An ECCT delegation led by Chairman Giuseppe Izzo, CEO Freddie Höglund and executive directors met with the new minister of the National Development Council (NDC), Dr Kung Ming-hsin at the NDC. It was the first meeting with Minister Kung since he assumed his current position on 20 May, although the ECCT has had dealings with Dr Kung in the past in his previous capacities as a minister without portfolio, deputy NDC minister and deputy minister of the Ministry of Economic Affairs. The delegation included Vice Chairmen H Henry Chang and Erdal Elver, Treasurer Chen Mei-lin and Executive Director Bart Linssen.

At the meeting the delegation congratulated Dr Kung on his appointment, gave him an update on recent developments at the ECCT as well as a briefing on some of the major issues facing ECCT member companies.