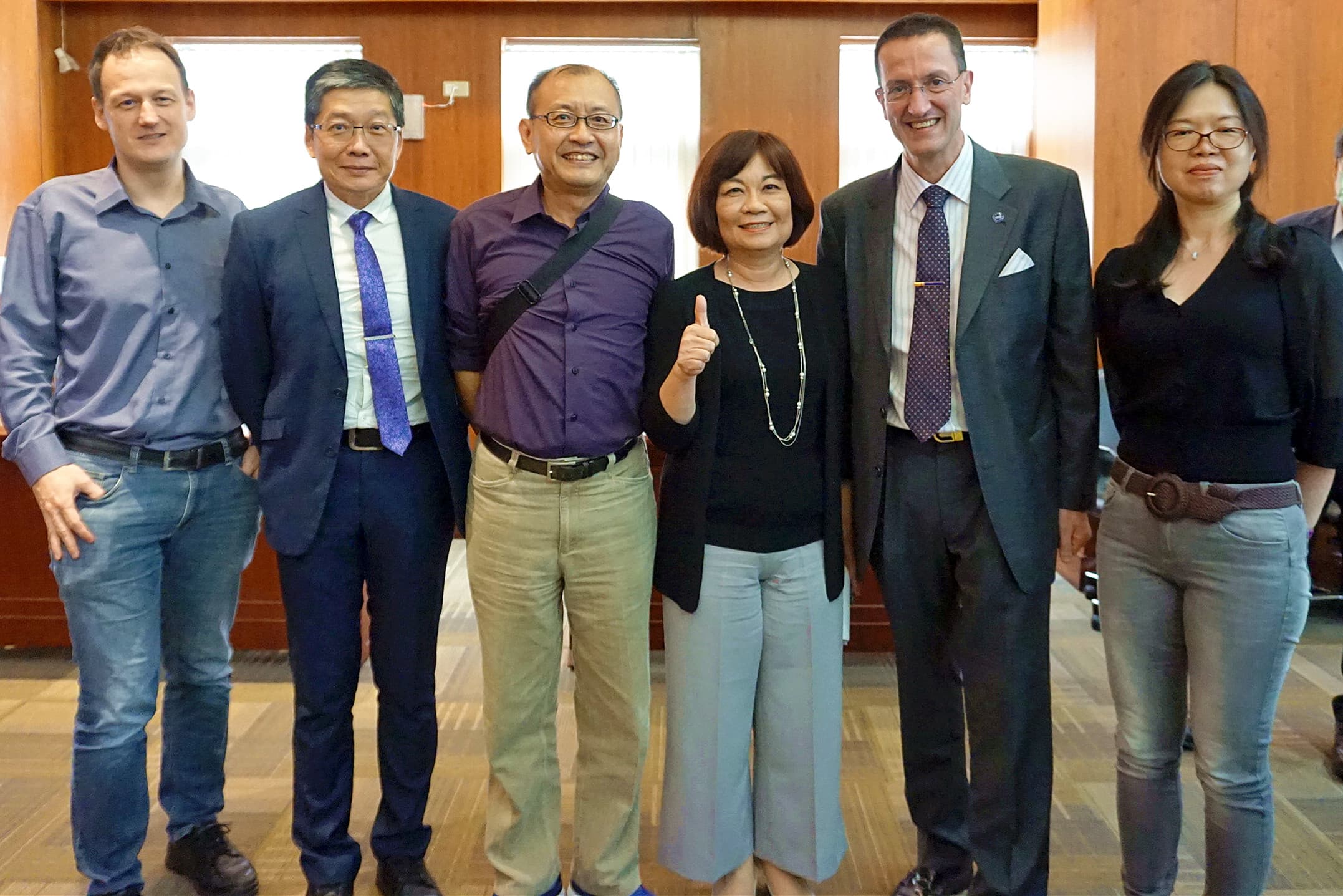 The ECCT held the third and final of its series of annual meetings with the government to discuss issues raised in the chamber’s 2020 Position Papers, which were published in November 2019. The meetings were arranged by the National Development Council (NDC) under the leadership of NDC Minister Chen Mei-ling.

The meeting was also the final such meeting to be chaired by Minister Chen, who is stepping down from her position. At the meeting, ECCT CEO Freddie Höglund thanked Minister Chen for her exceptional dedication, diligence and professionalism in dealing with issues important to the European business community during her tenure. Very shortly after she took office in 2017, Minister Chen visited the ECCT office in person to learn about major issues facing ECCT members. Since then she has taken the initiative to increase the level of engagement between the government and the ECCT by arranging numerous meetings with the ECCT to discuss business issues. In addition to several personal visits to the ECCT office and her attendance at the launch of the ECCT’s position papers every year, Minister Chen increased the number of annual meetings to discuss position paper issues from one half day (which was the practice previously) to three days of meetings every year. This allowed a much more comprehensive discussion of issues between the ECCT and various government agencies, which resulted in greater mutual understanding and consensus on ways to resolve issues. Thanks to this approach, the ECCT has seen a rise in progress on issues over the past three years. Progress was made on more than 20% of issues every year of the minister’s tenure and last year 23% of issues saw progress, the highest level of progress in five years.

Besides a lot of progress on technical issues across many industry sectors, over the past three years, one of the signature items of progress made during Minister Chen’s time in office was on the long-standing ARC number issue. Under her leadership, the NDC and the Ministry of the Interior (MOI), devised a solution to resolve the problem of different number formats used on Alien Resident Certificate (ARC) and Alien Permanent Resident Certificate (APRC) identity cards. Under the solution, the format of ARCs/APRCs will be made compatible with that of ID numbers provided to ROC nationals. The lack of compatibility of ID numbers has for years denied ARC/APRC holders access to many services which they may be eligible for, such as online commerce, hospital visits and other activities. The measure, although not yet implemented, would make life easier for foreigners. The solution, which is expected to be implemented later this year, comes after many years of advocacy by the ECCT, particularly the Better Living committee, and marks a significant step forward towards ensuring fair treatment of foreign nationals.

At today’s meeting representatives from the ECCT’s industry and support committees held a series of discussions with representatives of various government agencies on the government’s official reply to the business issues raised in the papers. The ECCT committees represented were Beverage Alcohol, Telecommunications, Media and Content, Supply Chain, Electrical Engineering & Equipment, Project & Procurement and Education.

During the discussions, ECCT delegates asked for clarification from government representatives present on a number of points set out in the official reply with a view towards making further progress. Government officials present undertook to take action on a number of issues. On issues where progress was not made, government agencies agreed to arrange follow-up meetings with the ECCT in the weeks ahead.

As the ECCT bid a fond farewell to Minister Chen, CEO Höglund thanked her as well as other officials at the meeting for their time and efforts and said that he looked forward to maintaining the ECCT’s excellent relations with the NDC and all other government ministries in the future.