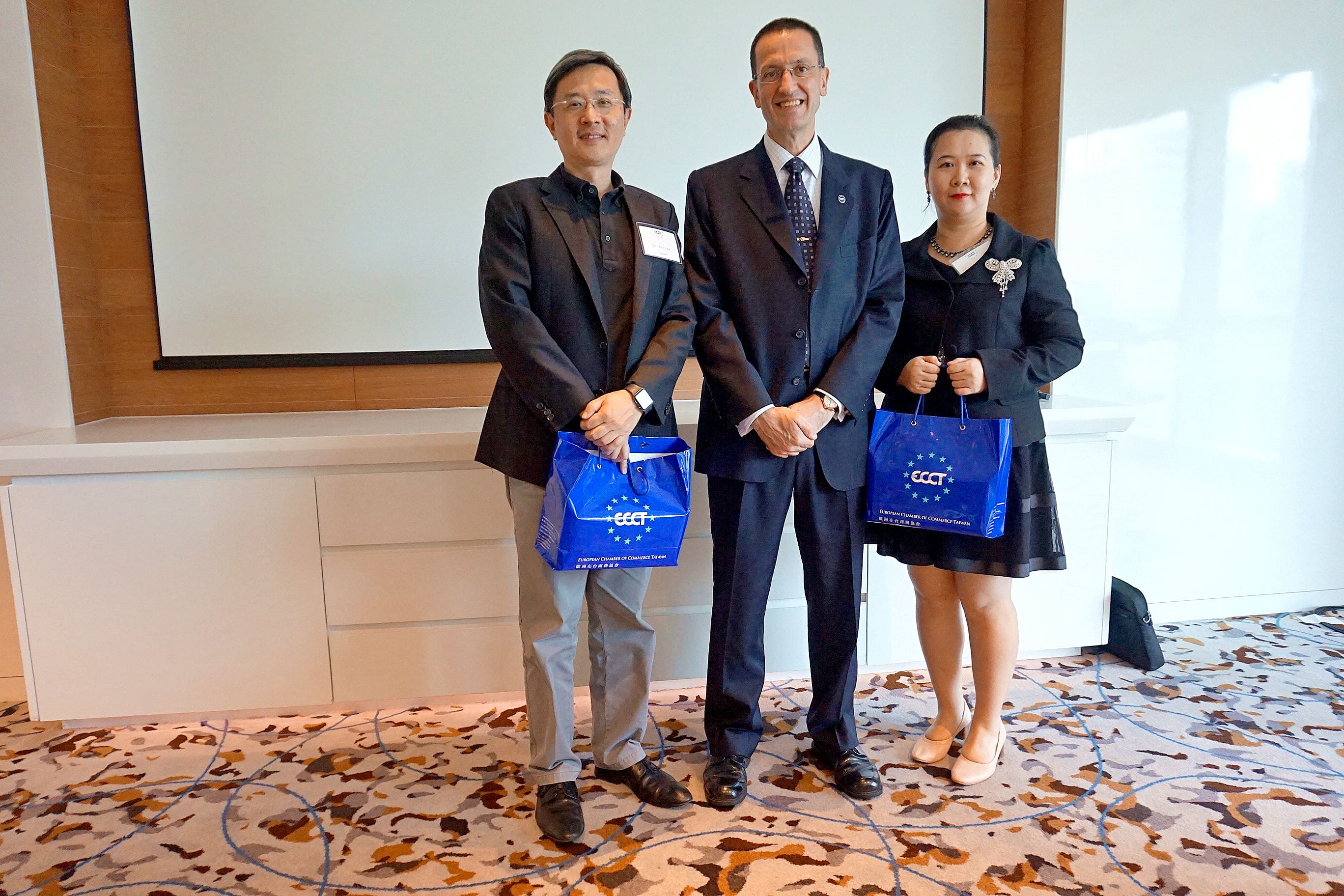 In his presentation Dr Roy Lee gave his analysis of both the short and long-term economic implications of the coronavirus pandemic. He expressed the view that Taiwan had been very successful in dealing with the pandemic and his optimism that the government would continue to ease the remaining restrictions in place so that economic activity can return to more or less as normal.

He noted that Europe and the US are starting to flatten the curve of coronavirus infections, signalling that the worst of the pandemic (at least in Europe, the US and Asia) may be over.

He reminded the audience that when things do return to normal, things that had been pushed to the back burner, such as US-China trade tensions are likely to resurface. This would also suit US President Trump’s re-election campaign, which is using increasingly aggressive anti-China rhetoric to rally his support base. The same agenda could put more pressure on companies like Taiwan’s TSMC to invest in the US.

According to Lee, since China was the source and first major country affected by the pandemic, the same trajectory of the disease and impact on the economy could be repeated in other countries. Since the progress of the pandemic in the US is roughly a quarter behind that of China, and China experienced the biggest impact in the first quarter (an official GDP contraction of 6.8%), the US is likely to see its biggest contraction in the second quarter.

After an already-announced GDP contraction of 4.8% in the first quarter, forecasts by banks range from a US 2Q20 GDP contraction of 10-24%. But since GDP forecasts rely on models compiled using existing data, to get a picture of what lies ahead it is more useful to look at leading indicators such as purchasing manufacturing index (PMI) and non-manufacturing index (NMI) data.

China’s PMI for February fell to a low of 40 (indicating a severe contraction ahead) but recovered to above 50 in March, indicating a V-shaped recovery in China’s manufacturing sector. In the same month, the PMI’s of the US, the Eurozone and Japan were below 50.

However, China’s March NMI, while up from February’s low, was still at 43, indicating a further contraction of the non-manufacturing activity. If the US and Europe follow the same trajectory, this is a much bigger concern for Europe and the US since their economies are driven much more by the service sector than manufacturing.

Lee noted countries in South East Asia which are more reliant on tourism, like Cambodia, Thailand and The Philippines, are having a much tougher time now than Taiwan, where tourism accounts for a much smaller portion of GDP.

Overall, the outlook for GDP and trade is very challenging for the short term. The WTO’s optimistic scenario predicts a 12% contraction in global trade this year and a pessimistic scenario of as much as -32%.

Even after the pandemic, the recovery may not be V-shaped. According to Lee, after the global financial crisis in 2008-2009, the recovery in global trade was sluggish for several years.

Of course the speed of the recovery will depend on the trajectory of the pandemic. The worst case scenario would be if the pandemic continues for a protracted period and there are renewed outbreaks in 2021.

There are a number of factors to take into consideration when projecting how things will pan out in the long term. For the private sector, the main ones are rebalancing of efficiency and resilience, de-centralization, re-configuration and re-location, avoiding geopolitical conflict and ensuring membership in multiple coalitions.

In terms of rebalancing of efficiency and resilience, companies have to rethink just-in-time supply chains, which, while cost-effective and efficient, can be severely compromised during crises like the pandemic. Companies therefore have to think about greater geographical distribution of supply chains, increasing their sources of supply and paying for insurance, among other actions.

Considerations for the public sector are public health and economic security concerns (such as increasing self-sufficiency, self-reliance, re-shoring, stocktaking and stockpiling or trade restrictions), great power rivalry, de-Chinalization and coalitions of trust.

The pandemic has led more governments to look into ensuring local production of personal protective equipment and drugs, for example. It has also led to increasing geopolitical tensions, particularly between the US and China, which Trump is spurring as part of his re-election campaign.

While the private sector should not have to be concerned with the geopolitical factors, they have an inevitable influence on decision-making. According to Lee, Taiwanese companies are considering three main re-configuration models: the China+1 model (setting up alternative bases outside China), the “Anywhere But China” model (ensuring that, for products destined for export to the US and with a high reliance on US technologies, China is not part of the supply chain) and the diversity and localisation model (to elevate the level of resilience).

He noted that none of the options are preferable to business compared to an open and free market system, but that some level of change is going to be necessary given the circumstances.

According to Lee, while the common perception is that the US is pulling out of China, the numbers tell a different story. According to figures cited by Lee, China’s investments in the US have dropped sharply in the past two years while US investments into China have remained at about the same level (on an annual basis) for almost 15 years, including 2019 when US-China tensions were high.

Nevertheless, Lee expects de-Chinalization and de-centralisation to continue although US-China decoupling will be mostly confined to the high-tech sector.

In his conclusion, Lee acknowledged that Taiwan has benefited from the US-China conflict but that the supply network re-configuration and re-shoring are creating uncertainties for Taiwan. This is because Taiwan’s manufacturers have hitherto operated in clusters, which are expensive and complicated to relocate. Moreover, there are not always obvious alternative locations to China.

He added that acceleration of new technologies and digital transformation is vital while regional integration is more important than before for Taiwan in order to offset the cost of re-shoring and increasing self-sufficiency.

He concluded with the caveat that no one has a crystal ball as to how things will end up and therefore any forecasts and predictions made are only speculative and everyone will have to keep observing, learning and making adjustments as they go.

In her presentation, Dr Chen Shin-hui gave an assessment of the impact of the pandemic on Taiwan’s industries based on evidence from the Taiwan Purchasing Managers’ Index (PMI).

She made the point at the outset that there are no reliable models to estimate the impact of a pandemic like the current one. Many estimates may actually be too optimistic. According to Chen, the Covid-19 pandemic differs markedly from past triggers of downturns because of the extent of stringent quarantine and containment efforts that have abruptly shut down economic activity from closures of nonessential workplaces, travel restrictions, and behavioural changes. Moreover, forecasters need to consider the sharp drop in commodity prices as well as significantly tighter financial conditions, considering that financial market sentiment has deteriorated since mid-February as concerns about the global spread of COVID-19 and its economic fallout have grown.

She made the point that official data is a lagging indicator since it only reports previous economic activity, usually on a monthly basis. Moreover, some models have not been adjusted to take into account factors such as the lockdown, port congestion and changes in human behaviours or business models. For this reason, it is more important for businesses to look at trends in leading indicators than GDP numbers.

Given the fact that Taiwan is an export-driven economy, companies should pay special attention to export trends. In terms of geographical destination, China accounts for about 40% of Taiwan’s exports and if you add the US, Japan and Europe, this amounts to around 70% of Taiwan’s total exports while another 17% is to South East Asia (ASEAN countries). This means that even if demand in south-east Asia holds up, if there is a continued drop off in China, Europe, the US and Japan, Taiwan will suffer.

The shut-down in China in February resulted in severe supply chain disruptions, especially for the electronic and automotive sectors. As seen in Taiwan’s March PMI, while the overall PMI remained positive (above 50), orders were cancelled or postponed, while both port congestion and supply disruption resulted in longer supplier deliveries times. In addition, the employment trend of the previous five months was reversed and contracted in March.

Then in April, the PMI dropped sharply as demand disappeared. The NMI in April was even worse as China has ordered all travel agencies to suspend sales of domestic and international tours, people cancelled their holiday travel plans, airports across the world implemented screening measures and the global suspension of flights, pushing air shipping fees to record levels because of the sharp reduction of cargo space on passenger airlines as a result of the mass groundings of passenger flights.

Looking ahead, Chen noted that there are uncertainties, challenges and opportunities. The ongoing lockdown, falling demand, store closures and limited warehousing operations are forcing some shippers to leave their cargo uncollected at ports, raising concerns that supply chains could break down if ports become too congested. There is also a risk that high unemployment will turn from a short-term shock into a longer slump. In addition, trade and investment tensions remain high and could spread further and the pandemic has resulted in serious fluctuations in financial markets and cash flow problems for many businesses.

Webinar on ventilator use during Covid-19 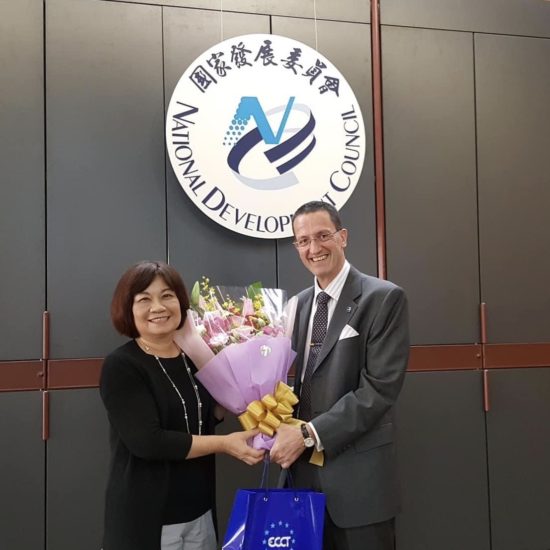