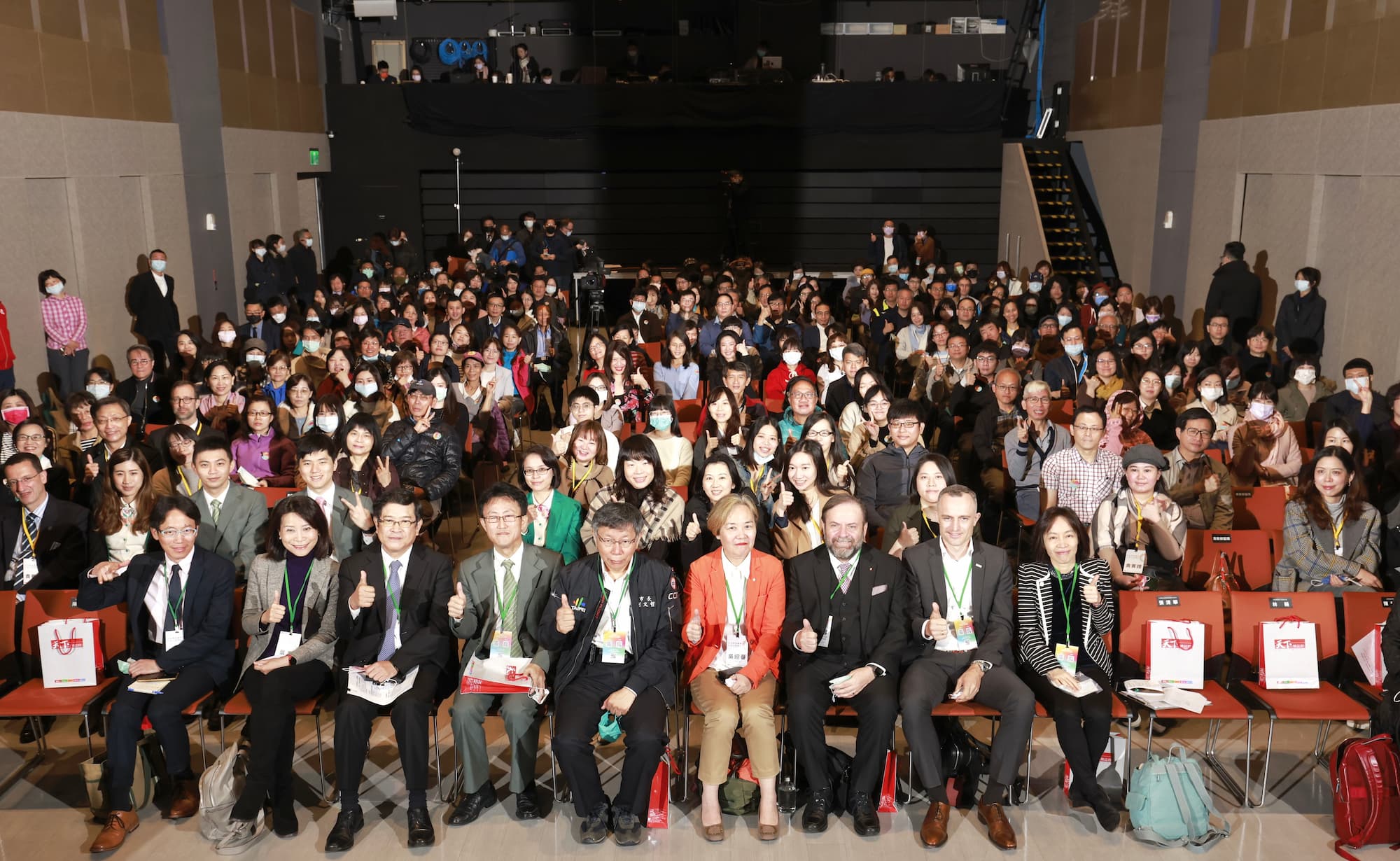 The first presentation was by Taipei Mayor Ko Wen-je, who spoke about the city’s efforts in the fields of education, gender equality, Taipei’s ageing society and childcare, among other subjects.

In his presentation, Jan Hollmann, Managing Director of Bosch Taiwan, began with an introduction to Bosch, noting that his company is about to build a new semiconductor facility, which will be carbon neutral from day one. Bosch is active in 440 locations, has close to 400,000 employees and posted sales of over €71 billion in 2020. It is 94% owned by the Bosch Foundation, which guarantees entrepreneurial freedom and a long-term sustainable approach to business. While the company’s largest business is in the field of mobility, it is well-known for its home appliances and tools, and it is active in many other industry sectors. Besides its core business, the company is also involved in education and health. For example, Bosch runs a hospital and is a leader in cancer research in Germany.

Bosch has a strong focus on R&D and a good track record of predicting future trends. Hollmann acknowledged that no one can predict with certainty what trends will be sustainable. However, he said that it is a pretty safe bet that the trend towards a green economy will continue given the growing attention being paid to the dangers of climate change and the growing calls for action across the world.

He reported that Bosch had 2020 achieved climate neutrality (a carbon neutral footprint) at all of its 440 locations globally, making it the first industrial company in the world to do so. This has been verified by the Carbon Disclosure Project, an international non-profit organisation that helps companies and cities disclose their environmental impact. This was achieved by increasing efficiency, installing, or procuring renewable energy where possible and offsetting emissions (approximately 30%) that are unavoidable at the moment.

Looking ahead, Bosch will look beyond its own operations and seek to reduce the carbon footprint of its supply chain. In addition, the company’s climate solutions entity is providing advisory services to companies that want to reduce their carbon footprints, thereby turning climate action into a new business model with room for growth.

Bosch is teaming up with other companies where appropriate. For example, it is cooperating with Microsoft in developing software to connect vehicles to the cloud with the aim to track them over their lifetimes and find ways to further reduce their environmental impacts. In addition, it is working with Mercedes on a voice assistant to control smart homes from the car.

Hollmann said that not all modes of transport can be electrified so the company is embracing hydrogen, not only for large vehicles but also for stationary cells for power plants and industrial boilers, among other potential applications. Bosch is also developing an electronic vehicle management system tailored to the unique requirements of Formula E for use in Dragon/Penske Autosport’s 2021 challenger. The German company's MS 50.4P vehicle control unit (VCU) will control the Penske’s EV-5's motor and energy management systems, along with brake energy recovery systems and its in-cockpit driver display.

In his presentation, Taiwan Power Company (Taipower) Chairman Yang Wei-fuu talked about how the utility is implementing energy transition plans and ESG policies, which cover SDG goals 7, 9, 11, 12 and 13. He reiterated the government’s targets for renewable energy capacity (for solar and wind energy) and how the use of public buildings, vacant land, and the rollout of offshore wind farms, will increase the overall capacity this year. He mentioned Kinmen as a good test case for integrating renewables into the grid. He also introduced Taipower’s app, and some of the CSR activities the company is engaged in.

In the second session, Chang Ching-hwa, Principal Architect at Bio-architecture Formosa introduced some of her firm’s unique green designs, which incorporate sustainably sourced materials, solar panels, green roofs, and other features designed to reduce the use of resources and conserve energy and water.

Other speakers in the morning session were Chen Hui-ping, Founder of sunnyfounder and Vivi Lin, Founder of Little Red Hood.

In his remarks, Steilemann noted how the coronavirus pandemic had inspired many new ideas and helped to drive sustainability. He highlighted some of his company’s products which are helping to improve sustainability such as insulation for refrigerators (which reduce energy usage) and dryers for food, which help to preserve food for longer. The company is also making adhesives for wind turbines, which make them lighter and cheaper to produce. He concluded that making the economy circular should be a guiding principle. This should include the recycling of all plastic products to reduce the need for crude oil and eliminate pollution.

In the first afternoon session Taichung Mayor Lu Shiow-yen spoke about the city’s new metro rail (MRT) system, which has just resumed trial runs. She made the point that the MRT has multiple knock-on benefits for the environment. Since it reduces the need for people to drive cars or ride motor scooters, fewer vehicles on the road will reduce pollution, emissions, and traffic congestion. In addition, she cited examples from northern Taiwan of how the opening of new metro lines opened up new areas for economic rejuvenation and development, which boosts the economy. She also expressed the view that solving the water shortage problem is even more important than power.

Wu Tien, CEO of ASE Technology Holding spoke about how his company is working on several SDG goals, including energy and water saving and automation.