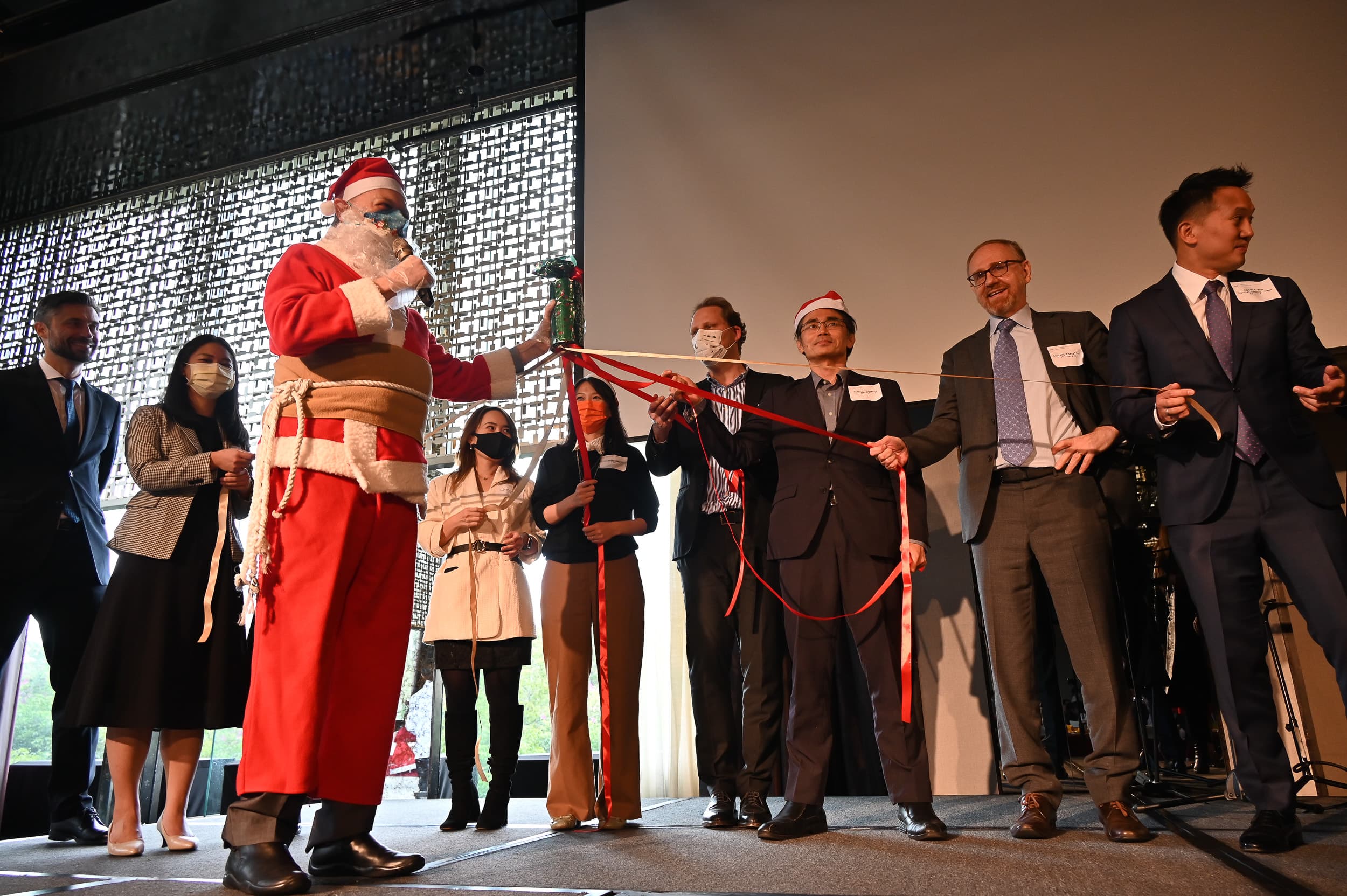 Guests arriving early were able to stave off winter chills with a warm cup of mulled wine (known as "Glühwein" to Germans & Austrians and "Glögg" in Scandinavian countries), accompanied by ginger biscuits. Everyone then sat down to a feast of traditional European festive dishes.

Later, to get members in the Christmas spirit, the Taipei European School's junior choir and musicians took to the stage to perform some lively Christmas songs.

Just as the choir were leaving the stage to thunderous applause, Saint Nicholas (also known in some parts as Santa Claus or Father Christmas) entered the room ringing his bell and carrying a large bag full of gifts. Saint Nic' told the audience that he had arrived from Lapland two weeks ago and had just got out of quarantine.

Saint Nic' also presided over an elaborate ribbon pulling game to determine a lucky Christmas gift winner from among the guests. Having performed his duty, Saint Nic' left the venue and proceeded to meet up with his reindeer, and head back to Lapland. 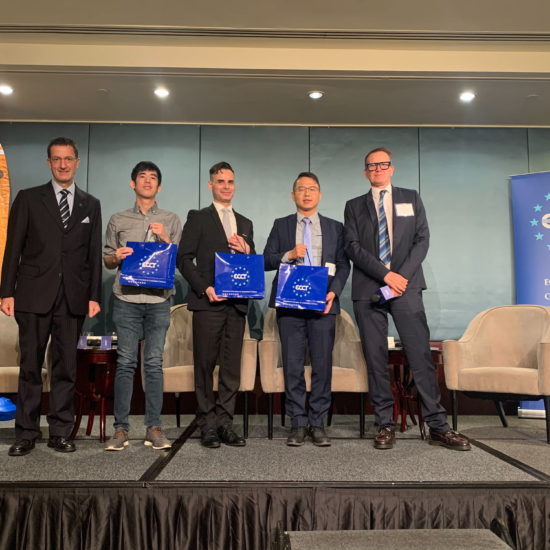