Following the election preview event held in Taipei a week earlier, the ECCT’s Central Taiwan committee, together with ICRT, hosted its own event in Taichung. Like the event in Taipei, the Taichung event featured a panel discussion on the forthcoming municipal elections to be held on 24 November. At the event, the panellists discussed and analysed the various races, the candidates, their election prospects and the implications for the political climate, business and trade, depending on the outcome.

Eryk Smith noted that the KMT’s candidate for Kaohsiung mayor, Han Kuo-yu, is running a populist campaign which is resonating with ordinary voters. Albert Chiu said that Han’s success will depend to some extent on voter turnout, especially whether or not young voters registered in Kaohsiung will return to vote in the election. He added that the KMT candidates in this election have been making more efforts to appeal to young voters through online media campaigns compared to the DPP.

Speakers generally agreed that the DPP’s Kaohsiung mayoral candidate, Chen Chi-mai, lacks charisma compared to his KMT counterpart and that his campaign has been rather lacklustre compared to Han’s. Some local voters have apparently said that they would previously never have voted for the KMT but are reconsidering their position given Han’s personal appeal and the vibrancy of his campaign, which has been very critical of the status quo in Kaohsiung and has promised to shake things up.

Han’s rise has taken a lot of people by surprise. Speakers noted that the KMT had originally dispatched Han to Kaohsiung in the belief that he had little chance of success in a pan-green stronghold. However, he has a common appeal, can speak Taiwanese and has been effective in reaching voters, both traditional voters and the youth through social media (although Chiu made the point that Likes on Facebook will not necessarily translate into actual votes). The DPP has belatedly realised that the Kaohsiung race has become competitive and is trying to fight back but they are facing an uphill battle given the lack of appeal of their candidate and voter fatigue with the DPP.

While Kaohsiung has been run well under former Mayor Chen Chu, there is nothing to inspire voters. Salaries are very low in the city, especially for young people, compared to northern Taiwan and the population is declining. One speaker noted that there are a lot of empty buildings and a lack of vibrancy in the city, which Han has highlighted.

Speakers expressed the view that young voters do not have the same anti-China fervour as the generation that supported former president Chen Shui-bien. They tend to be indifferent to political issues and have little interest in either of the mainstream parties. However, when they see a candidate with charisma who speaks his mind, like Han or Taipei’s Ko Wen-jo, they are attracted.

Regardless of whether Han wins or loses, speakers agreed that his star is on the rise within the KMT.

As to what will happen to the DPP if Han wins in Kaohsiung, Chiu expressed the opinion that President Tsai will step down as DPP chairperson. Many people also expect Ko Wen-jo to run for election as president in 2020.

While the DPP’s candidate for Tainan also lacks charisma, speakers expect the DPP to hold on to Tainan.

However, making predictions is difficult because opinion polls are not reliable. The polls are so far apart depending on who is funding them. Both parties claim to be ahead in the polls in Taichung. Incumbent DPP Mayor Lin Chia-lung still has a support base in Taichung. Chiu’s view is that the race is quite tight. Speakers noted that the KMT’s candidate for Taichung, Lu Shiow-yen, is not as organised. Lin may also get a boost from the flora exposition in November, although Chiu believes the effect may be limited.

Also, pollution is a serious problem in Taichung. While, statistically, the air quality has actually been improving for years, people’s perceptions, given rising awareness of the issue, are that it is getting worse. However, Lu has not been able to capitalise on this. Lin, on the other hand, has been working to take on Taipower to reduce the output of Taichung’s power station (the largest coal fired plant in Taiwan) but he was overruled by the central government. China’s pressure on the East Asian Olympic Committee to cancel the 2019 East Asian Youth Games, which had been scheduled for August 2019 in Taichung, may actually help Lin.

Changhua is an interesting race. It is the largest municipality after the six special municipalities. It has traditionally been “light blue”, although in 2014 it was won by the DPP’s Wei Ming-ku, who is running for re-election against the KMT’s Wang Huei-mei. The race is hard to predict because the polling is not reliable. The KMT seems confident but there are apparently a large number of undecided voters while support for independent candidates could also have an impact.

Changhua signed a lot of MOUs over the past few years and promises of investments in renewable energy could help the incumbent and the Tsai government has promised a lot of investment in renewables in central Taiwan. Speakers speculated that even if the KMT wins this election, it is likely that the mayor will continue the trend since Changhua will be generating tax revenue from the renewable energy industry.

How to find new shoppers 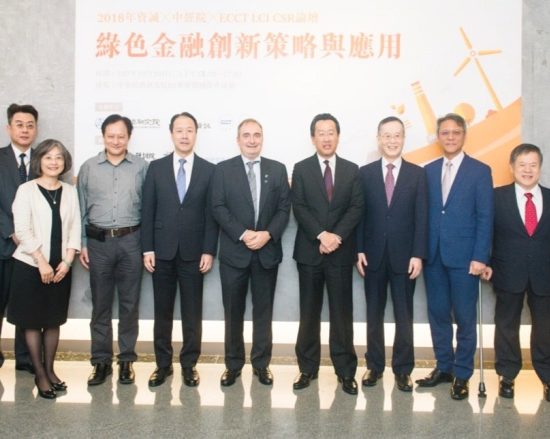