The ECCT hosted a Premium Event lunch on the topic "The EU's Covid-19 response - Actions to safeguard public health and support the economy" featuring guest speaker
Filip Grzegorzewski, Head of the European Economic and Trade Office in Taiwan.

In his introduction, the EETO head acknowledged that the coronavirus pandemic came as a shock to Europe that has severely tested everyone at the member state and central European level. While the initial response to the pandemic did not meet public expectations, this was not surprising given the fact that this was the first time that the EU has faced a crisis of this kind and also the limited authority and resources available to European institutions. In particular, healthcare is a national competence, meaning it is the responsibility of each individual member state to devise and implement its own crisis response plans.

Nevertheless, EU leaders are fully aware of the need for solidarity and a coordinated response and did all they could within their powers to assist. From the very beginning of the pandemic, the European Commission introduced full flexibility for funds and government spending to fight the pandemic. The European Central Bank also stepped in to help by launching its Pandemic Emergency Purchase Programme (PEPP) scheme in March to buy an extra €750 billion of bonds this year in response to the coronavirus pandemic. According to the Financial Times, the ECB has already bought €37.4 billion of Italian government debt and €23.6 billion of French debt. In addition, the European Investment Bank set aside €200 billion to loan to SMEs.

Then, on 27 May, European Commission President, Ursula von der Leyen unveiled the commission's proposed recovery plan, called the Next Generation EU. The plan consists of extraordinary funding of €750 billion to be invested across three pillars: a new recovery and resilience facility of €560 billion, which will be allocated to member states with a mix of loans and grants (45/55%); a new Solvency Support Instrument with a budget to support private companies; and a third pillar, called "Addressing the lessons of the crisis”, that includes a new health programme, EU4Health, to strengthen health security and prepare for future health crises.

In addition to that, contrary to the common perception of an absence of cooperation, there were countless cases of intra-EU solidarity. For example, millions of masks were donated from France, Austria and others to Italy and Spain. Medical teams were sent to Italy from Poland and Romania, and patients from France were treated in Luxembourg, Czech Republic and elsewhere. The EU was also grateful for support from countries like Taiwan, which donated millions of masks. Grzegorzewski noted that the thank you message sent to Taiwan from President von de Leyen was the first such public message from the EU to Taiwan.

The EETO head made the point that while some of the Next Generation EU funds will be used to protect jobs, much will be targeted towards the EU's future development needs. For example, since the issue of climate change is not going to go away, funds will be allocated to the types of programmes already set out in the Green Deal. This means spending more on things like renewable energy, such as offshore wind and hydrogen technologies.

In terms of other EU assistance, the EU also helped to repatriate citizens stranded in hard-hit countries across the world. Grzegorzewski noted that his office has asked around in Taiwan if any EU citizens wanted to go back to Europe but found that they all preferred to stay in Taiwan given the relatively good situation here. However, this is likely to change soon as the situation in Europe has stabilised and many Europeans may want to return home for visits or vacations. On this point, the EETO head said that many European countries are reopening and keen to attract tourists to visit since tourism is an important economic sector for many European countries.

As for how things will change post-pandemic, Grzegorzewski expressed the view that geopolitical tensions may increase. However, the EU remains committed to multilateralism as the best way to resolve global problems, acknowledging that reforms are needed in the way certain global organisations are run. EU leaders are also fully aware that the world cannot be made safe from things like global pandemics unless the most vulnerable countries can cope with them. This is why the EU continues to support global action to support vulnerable countries by providing support for things like healthcare, water and sanitation.

The EU is also working to ensure people receive accurate information through its action plan against disinformation, which includes a dedicated website to highlight disinformation. The website notes how in the EU and elsewhere, coordinated disinformation messaging seeks to frame vulnerable minorities as the cause of the pandemic and to fuel distrust in the ability of democratic institutions to deliver effective responses. In addition, some state and state-backed actors seek to exploit the public health crisis to advance geopolitical interests, often by directly challenging the credibility of the European Union and its partners.

The EETO head concluded that overcoming the healthcare and economic challenges of the pandemic is a marathon, not a sprint and that doing so successfully will require solidarity and joint action. 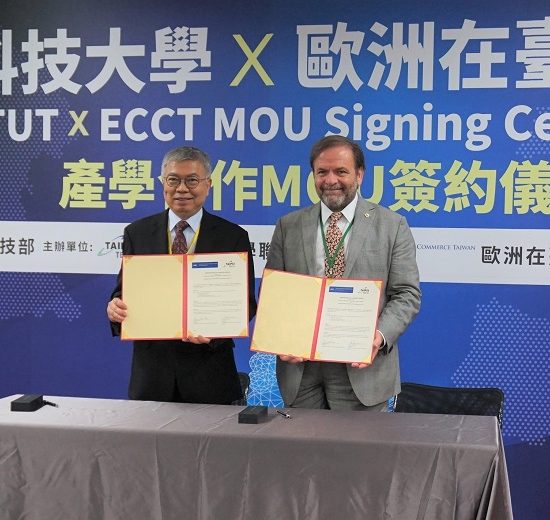