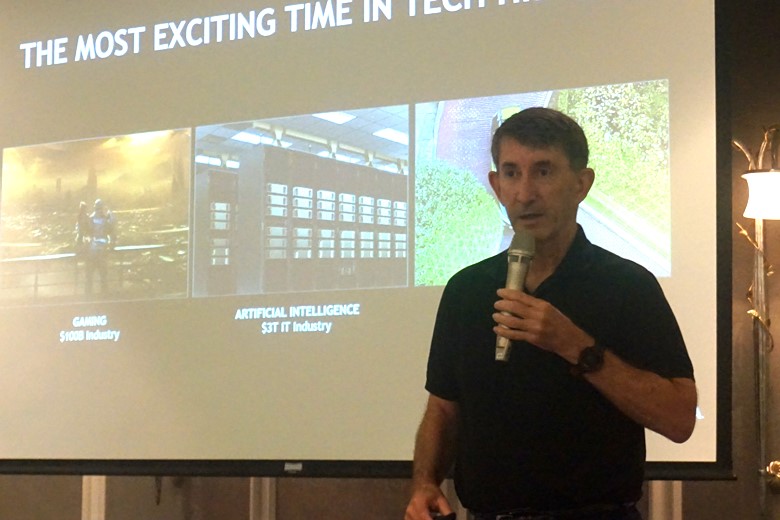 In his presentation the speaker shared his insights on how AI is revolutionizing industries, with a special focus on the automotive industry.

Nvidia designs and produces Graphics Processing Units (GPUs), which are much more powerful than the typical Central Processing Units (CPUs) used in personal computers. While CPUs can display only productivity applications like Microsoft PowerPoint, GPUs are optimized for taking huge batches of data and performing the same operation over and over very quickly. This makes them ideal for the use in gaming, which is a major business area for Nvidia, and for use in cars.

Autonomous driving requires exceptional processing power as well as sophisticated cloud and software systems. Hamilton described AI as a software programme that writes software. The future car is software-defined. Autonomous vehicles require an end-to-end platform that starts with data collection and includes training models and simulations, as well as actual driving. However, a lot of human input is still required in the path towards completely autonomous driving. For example, he said that 1,500 of Nvidia’s engineers spend much time viewing video footage collected from cars and labelling items in the footage in order to “teach” the software what it is seeing. There a many things that need to be taught and the more data that is collected and labelled, the better the system becomes.

Hamilton cited an estimate that it will take 11 billion miles to properly cover and map the world’s roads learn in order to drive autonomously. Even Google, which has the most experience and largest coverage of roads, has only covered about seven million miles to date. At this rate, it will take far too long to complete the process. A fleet of 20 test cars only covers about one million miles per year. However, computer simulations can speed up the process, which is what Nvidia is doing.

DRIVE Constellation is Nvidia’s autonomous vehicle validation system. Its Pegasus AI supercomputer is designed specifically for autonomous vehicles, delivering 320 trillion operations per second, to handle diverse and redundant algorithms. In addition, Nvidia’s has developed supercomputers for its data centres, which are used to train the “deep neural nets” that enable a vehicle to deliver superhuman levels of perception. Its latest supercomputers enable deep learning training in a fraction of the time, space, energy and cost of CPU servers. Once trained on powerful GPU-based servers, the DRIVE Constellation AV simulator can be utilized to test and validate the complete software “stack” that will ultimately be placed inside the vehicle. This high-performance software stack includes every aspect of piloting an autonomous vehicle, from object detection through deep learning and computer vision, to map localization and path planning. The system has been chosen by Bosch and Daimler for their fully-automated and driverless fleets.

Besides detecting and monitoring objects on the road, the system also monitors the driver and sends a warning when the drive is distracted (such as when she is looking at her phone) or dozing off.

The speaker concluded that the path to fully autonomous driving is still a work in progress and many years away. In the Q&A session Hamilton said that Nvidia is collecting data from many countries and using this to “train” its systems for multiple road, traffic and weather conditions. 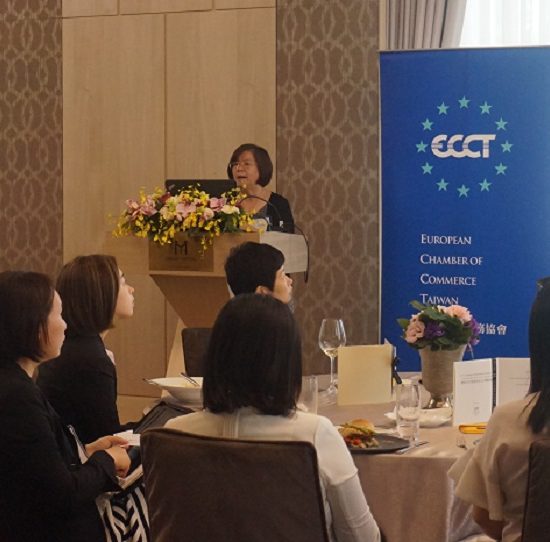 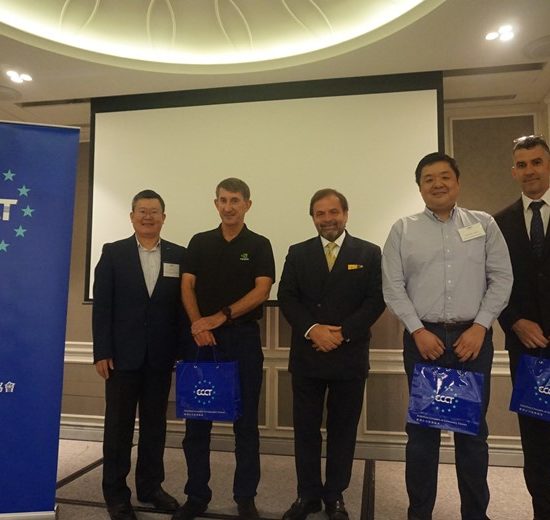