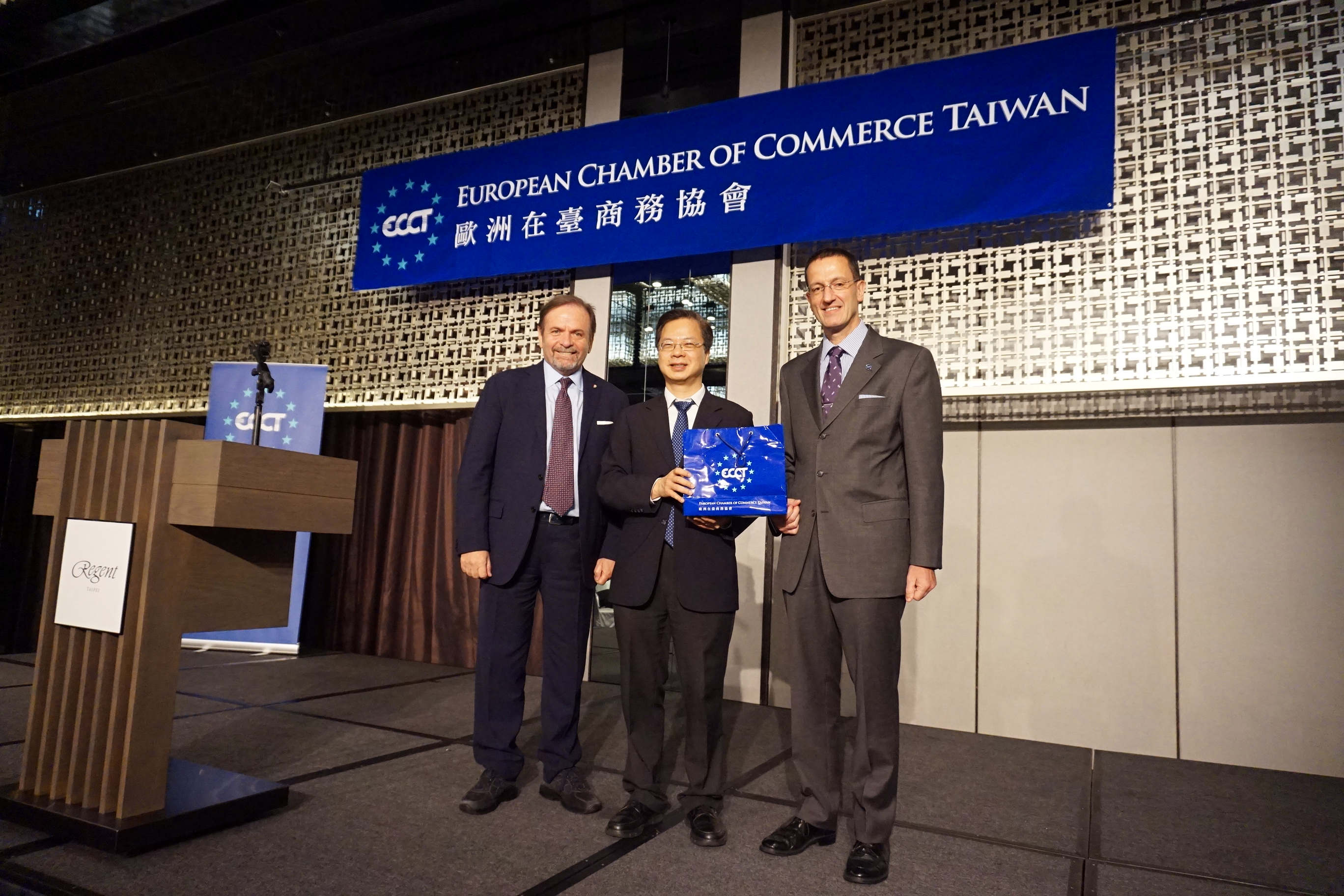 The speaker began by outlining how Taiwan’s comprehensive and effective handling of the coronavirus pandemic had placed Taiwan in an enviable position compared to most countries globally, which has enabled the country to keep focusing on future development. Kung expressed the view that recent economic forecasts for Taiwan’s economic growth by the IMF and other analysts were far too negative given Taiwan’s recent performance as well as leading indicators. He cited statistics of Taiwan’s exports which rose by 0.5% year-on-year in the first half of 2020 despite the pandemic, boosted by increases in exports of electronic components and ICT products. This is in stark contrast to countries such as the United States, which saw a decline of 15% (from January to May).

Besides the domestic healthcare aspect of the pandemic, Taiwan has successfully dealt with the economic fallout as well. In particular, authorities have approved NT$1.05 trillion in stimulus and support measures to date. This has included a NT$ 210 billion special budget, early implementation of government projects plus a NT$140 billion appropriation from government funds and NT$700 billion in loan programmes from the Central Bank, postal savings and public banks. According to the minister, 4.86 million people have received various relief and wage subsidies worth NT$98.1 billion as of 22 July while loans exceeding NT$1 trillion have been approved to households and enterprises.

Minister Kung cited the fact that the unemployment rate actually fell in June to 3.96% from the previous month, as evidence that the government’s support measures are working. Moreover, the beneficial effects are likely to continue. According to a recent survey of employers cited by Kung, 40% of them plan to recruit more employees.

Taiwan’s Covid-19 response efforts have been recognised by Bloomberg, which ranked Taiwan first among 75 countries across the world based on its public health, economic activity and policy space response.

However, there will be challenges in the second half of the year. In particular, the manufacturing industry and export volumes may be negatively affected due to the volatile pandemic situation in European and American markets, especially companies in the metal machinery, textile and machine tool industries while those in the convention, exhibition, travel and tourism sectors will continue to face challenges imposed by global travel restrictions.

According to Kung, in response to US-China trade tensions as well as the government’s three major incentive programmes, over NT$1 trillion in investments have been pledged and NT$100 billion has been approved under the programme for offshore capital returning to Taiwan.

While the trend toward industry 4.0 was already underway, the pandemic has helped to accelerate it as the drive to reduce costs, decrease errors and enhance efficiency are compatible with the necessity driven by the pandemic to reduce human contact and human involvement in production (through automation), smart manufacturing, remote working and the need for digitalisation and smart offices.

The pandemic is also causing changes in global supply chains: from long chains to shorter chains that reduce risks of supply chain disruption and shift from countries which offer low cost production to countries with key technologies and components.

According to Kung the role of the state will also be strengthened, although he was quick to point out that he was not advocating increasing state ownership or intervention but rather taking a more proactive role in coordinating between industry sectors and players in areas such as 5G, cybersecurity and things like ensuring sufficient stockpiling of strategic materials.

In terms of future planning, the Tsai administration’s four main goals are a nuclear-free, low-carbon homeland, a digital nation, innovative development and to be a pivotal force in the future global economy. Future development will be focused on the so-called 5+2 industrial innovation programme (covering the Asia Silicon Valley, smart machinery, green energy, bio-medicine, national defence, the circular economy and new agriculture), the New Southbound Policy and the energy transition.

In addition to implementing the 5+2 innovation programme, in order to augment innovation and drive growth, authorities will seek to attract international enterprises such as Google, Microsoft and Micron to establish R&D centres in Taiwan and establish a ministry of digital development. At the same time, the government will pay attention to looking after the youth and equitable distribution by implementing social investment (such as urban renewal, social housing and long-term care programmes), resolving issues of low wages for young workers and providing relevant education and training.

In terms of green energy, the goal is to develop a wind energy supply chain in Taiwan, which can then be spread to the rest of Asia. The government will support this through a credit guarantee programme to reduce financial risk.

Kung concluded that the second term of President Tsai’s administration will be focused on dealing with the challenges of the US-China trade war, the tech war and on how to lay a development foundation for the next 20 years. Strategically, this will mean expanding international R&D cooperation, forward-looking infrastructure construction, attracting Taiwanese businesses returning to Taiwan, strengthening and recruiting youth and human capital resources, implementing advanced manufacturing and R&D, becoming an Asia-Pacific green energy centre, an Asia corporate financing and high-asset wealth management centre and to transform Taiwan into a pivotal force in global economy based on the upgrading of the 5+2 innovative industries. 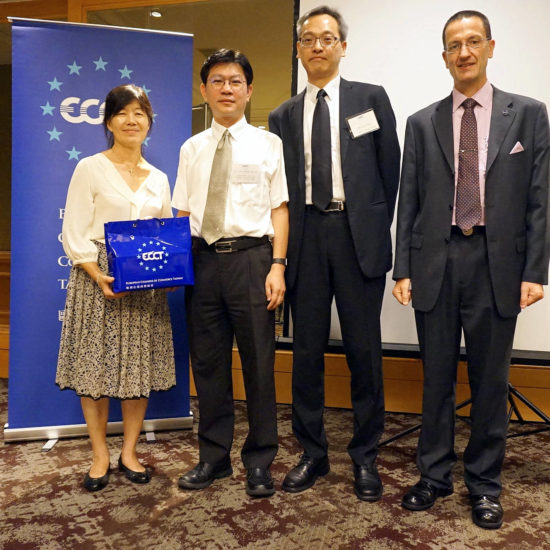