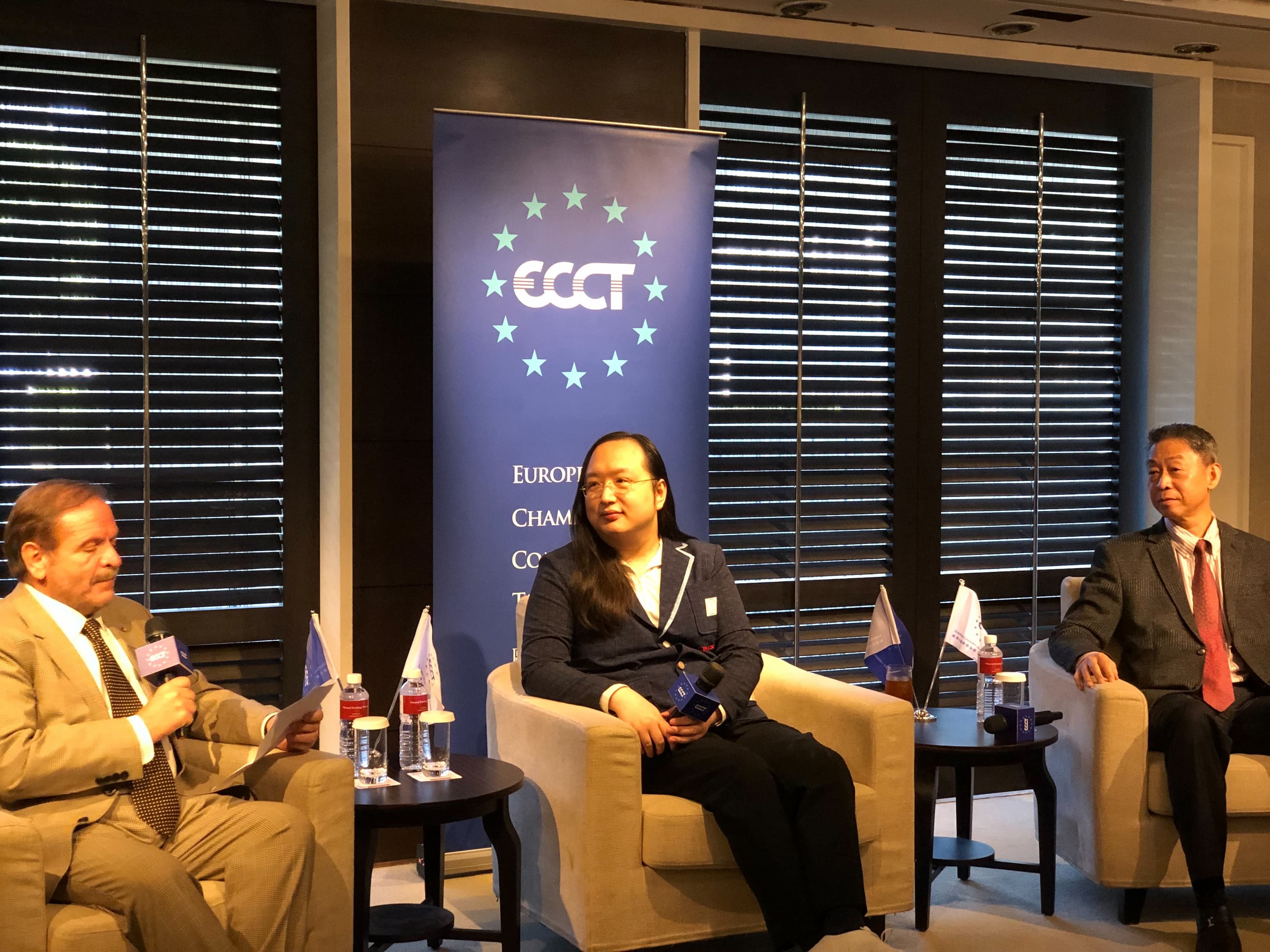 On the subject of countering disinformation, Minister Tang said that the government partners with voluntary civil society groups to verify information. She said that strategy begins by employing humour to counter rumour and to trace the source of the misinformation. She cited the example of a case in the runup to Taiwan's presidential election. Fact checkers in that case found that an original story used a real photo from Reuters to create a fake story. Fact checkers traced the story back to the propaganda unit of the Chinese Communist Party (CCP). Tang stressed that the government does not take down information because doing so results in amplification of polarisation. Instead, the best way to counter misinformation is to put a warning label on it that is displayed anytime the story is shared. In this case, the label read something to the effect that the message was "sponsored by the CCP".

Talking about a recent visit by a European parliamentary delegation to Taiwan, which suggested that Taiwan could become a regional hub to fight disinformation, Tang said that Taiwan's message to the EU delegation was that most of the work is done by civil society groups and educators. She said that even middle school children took part in the process together with fact checkers of monitoring speeches of candidates during the recent election. Teaching kids critical thinking skills will give them "immunity of the mind", she said and that education is the ultimate long term solution to the disinformation pandemic.

On the subject of vaccine passports, Tang said that Taiwan is ready to roll out a system that would be compatible with the EU's system. She noted that the system would allow anyone to use any device or print out a QR code, making the system as inclusive as possible. If someone doesn't have a device, they can use a public device and even print out the codes at a convenience store.

On the growing power of big tech, Tang joked that this is a seminal topic that could take days to discuss. The main challenge is because it seems like there needs to be a trade off between aggregating data either by big tech or the government. However, Taiwan's use of civil society groups (which has 10,000 active participants) shows that big tech and government are not the only options. She cited Taiwan's venue contact tracing system, whereby users scan a QR code at the entrance to a venue and send it to 1922. She noted that the system works and protects privacy because only contact tracers are authorised to view the data. Telecom operators do not have the codes to identify the venues that users have visited and they are required to destroy the data collected within a month. In addition, the data may not be used for any other purpose than pandemic contract tracing. When a government agency tried to do so, it was overruled by a judge. This overcomes the false dilemma between government and big tech being in control.

Minister Tang made the point that it is possible to apply for a Taiwan Gold Card without even coming to Taiwan in person, making it possible to be a virtual rather than actual resident of Taiwan.

Tang said that Taiwan has telemedicine laws in place but that they have not been widely implemented. Tang made the point that telemedicine should be used first where it is most needed, such as in remote areas.

On the subject of hybrid work, Tang agreed that teleworking is a necessity and hybrid working is the solution that most people prefer. However, she expressed the view that 100% teleworking is not ideal because there is still a need to have personal interaction, which is not easy to replicate virtually and almost impossible if you have not previously interacted with those with whom you work remotely. She herself only goes to the office two days a week, as she said this is the minimum required to build solidarity with colleagues. On other days she said that she is not usually working at home but on the road or some other remote location.