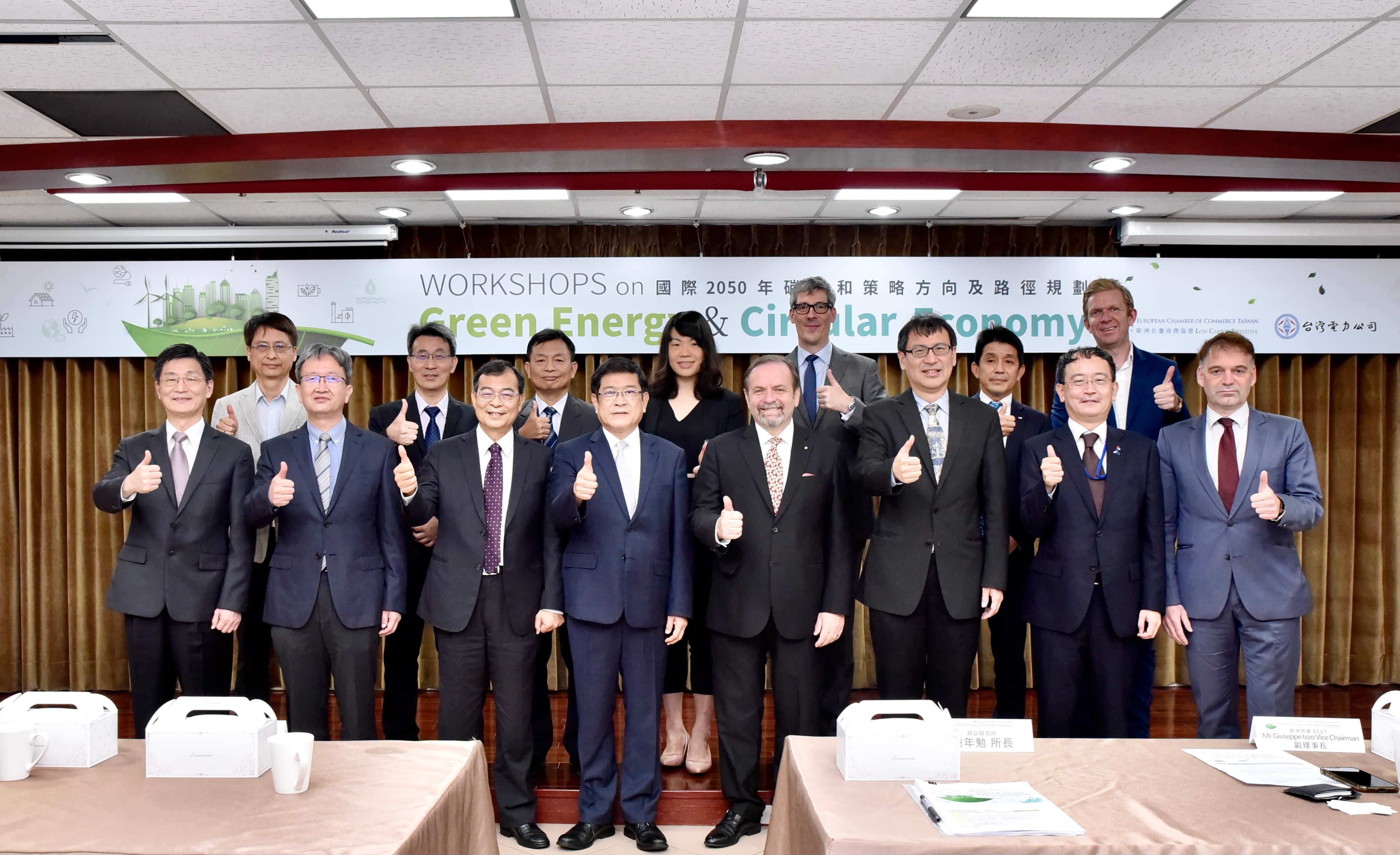 To mark Earth Day, the ECCT's Low Carbon Initiative (LCI) jointly arranged the first in a series of workshops with Taiwan Power Company (Taipower) on the subject of green energy and the circular economy. The event was opened with remarks by Chung Bin-li, President of Taipower (台電公司總經理 鍾炳利) and ECCT Vice Chairman Giuseppe Izzo, after which presentations were given by representatives from the European Union, the Japan Taiwan Exchange Association, and ECCT member companies Jera Energy, EnBW and Ørsted. The event was concluded with a panel discussion moderated by Dr Lin Tze-luen, Deputy Executive Director of the Executive Yuan's Office of Energy and Carbon Reduction (行政院能源及減碳辦公室副執行長 林子倫). The event was also attended by Taipower Chairman Yang Wei-fuu (楊偉甫董事長) and representatives from Taipower, government ministries and ECCT member companies.

In his presentation Thomas Jürgensen gave an overview of the European Green Deal and the EU's plans to achieve carbon neutrality by 2050. He noted that the Green Deal encompasses not only environmental policies and targets but also economic and justice factors. The European Climate Law, which has been endorsed by EU member states and the European Parliament, sets mandatory interim goals towards meeting the 2050 targets, including a 55% reduction in emissions by 2030, although the path towards net zero differs according to member states. Poland, for example, which has a large coal industry, will receive support to transition from coal. The guiding principle is improving energy and resource efficiency through technology improvements and switching to low and zero carbon energy. A central pillar is offshore wind energy, given the continent's good conditions. Ambitious targets have been set to increase capacity from 25GW in 2020 to 60GW by 2030 and 300GW by 2050. Hydrogen will also play a key role in the energy transition. In the Q&A session, Jürgensen stressed that the EU is acutely aware of the dangers of the energy transition leaving people and industrial wastelands behind as well as the importance of providing affordable energy.

In his presentation Mitsuaki Hoshino spoke about Japan's green growth strategy. He noted that Japan has committed to carbon neutrality by 2050 and already succeeded in gradually reducing its emissions over recent years (by around 14% between 2013 and 2019). The government is assisting in the process by offering grants, tax incentives and guidance policy, among other measures. Japan's energy transition includes a rise in offshore wind energy to 10GW by 2030 and between 30-45GW by 2040 (including floating turbines). Hydrogen will also play a role and the government is providing support for the necessary infrastructure such as hydrogen power plants while companies like Toyota are already exporting hydrogen vehicles (such as supplying hydrogen taxis in Paris). The country is also doing research on more advanced and safer reactors for nuclear power.

In his presentation, Koichi Tamura said that his company provides 30% of Japan's power, including renewables and thermal power. As part of the transition away from coal, the company and its partners are evaluating the feasibility of using a combination of coal and ammonia in its thermal plants. The aim is to gradually replace coal with ammonia over time. The company is also working with Toyota in building power storage systems that utilise batteries no longer optimal for use in vehicles. In Taiwan, Jera is working with partners on developing offshore wind farms.

In his presentation Markus Wild introduced his company and carbon neutral roadmap. EnBW is Germany's third largest utility and is also active in renewable energy markets in Denmark, Sweden, France, the United States, United Kingdom, Turkey, Thailand and Taiwan. Currently renewables of various kinds account for 39% of capacity. The firm has set 2035 as the target date to become carbon neutral, including phasing out 4.3GW of coal power. Germany is supporting the energy transition through various measures, such as gradually raising the price of carbon. An act introduced in 2019 requires parties placing fossil fuels on the market to pay a fixed price per tonne of CO2 until 2025, after which certificate trading will be phased in with a price corridor and volume limit. Wild noted that, because Germany is a cold country, a major piece of the energy transition will be switching from using gas and oil for heating to electricity derived from renewable sources. In the Q&A session, Wild made the point that the energy transition needs to happen without destroying large industry sectors that have been the foundation of wealth creation in countries like Germany.

In his presentation Andreas Munk-Janson said that Ørsted, which was once run primarily on fossil fuels, has already passed the 90% mark of deriving energy from renewables and plans to completely phase out coal by 2023 and reach 100% renewables by 2025. Beyond its own operations the company aims to make its supply chain carbon neutral by 2040. He said that he is already working with local suppliers in Taiwan to help them to become carbon neutral. While offshore wind is the company's primary focus now, it also plans investments in new areas such as green hydrogen, which have great potential in industry applications and as vehicles and electricity generation. In the Q&A session, Munk-Janson made the point that while the energy transition cannot wait and has to proceed with existing technologies and solutions, it should be flexible enough to make adjustments later on if better or more efficient solutions are discovered or invented. 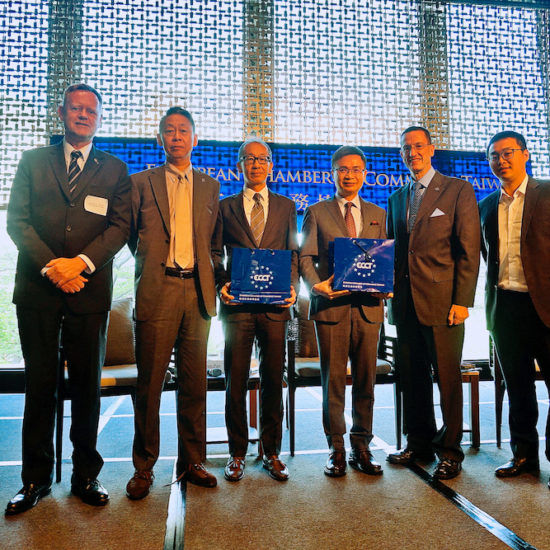 The future of Taiwan tourism