Launch of "Energy for the Next Generation" report

The ECCT's Low Carbon Initiative (LCI), in conjunction with CPC Corporation and partners in government and industry launched a report titled "Energy for the Next Generation - Shaping Taiwan's Energy Transition". The report, which was edited by KPMG, was released at an ECCT Premium Event lunch featuring guest of honour Dr Shen Jong-chin, Minister of the Ministry of Economic Affairs (MOEA). At the event opening remarks were made by Minister Shen, ECCT Chairman Hakan Cervell and CPC Chairman, Dr Tai Chein. Following the lunch, the report was released to the media at a press conference attended by around 30 journalists from television, print and online media. Opening remarks at the press conference were made by Giuseppe Izzo, ECCT Vice Chairman and Member of the LCI Steering committee. He was accompanied on the panel to introduce the report by fellow steering committee members Bart Linssen and Bodo Kretzschmar, as well as Niven Huang and Hou Ling-wan, Director of CPC Corporation’s International Affairs Division.

The report provides a summary of Taiwan’s energy status in a global context and the prospects for its transition. This includes an examination of the risks and challenges, such as policy stability and grid infrastructure that will need to be overcome if Taiwan is to reach its renewable energy targets, as well as the prospects for Taiwan of developing into a service-and-supply hub for renewable energy in the Asia Pacific region.

In addition, the report features Taiwan energy policies and renewable deployment plans provided by the MOEA’s Bureau of Energy (BOE) and Taipower that could be implemented to help shape Taiwan’s energy transition. The chapter provided by the BOE outlines Taiwan’s Energy Transition Policy. On 25 May 2016 the government launched the energy transformation and electric industry reform in order to establish a low-carbon, sustainable, stable, high-quality, and economically efficient energy system. The key strategies are to: 1) Maximise energy-saving potential and improve energy efficiency; 2) Actively develop diverse energy sources and facilitate clean energy development, especially wind and solar; 3) Accelerate energy storage deployment and intensify the stability of the power grid and 4) Promote the smart grid and install smart meters. Under the energy transition goals, the most important task for the government is to promote renewable energy development and pursue the target of 20% of renewable energy generation in 2025. The chapter also summarized progress made to date in this regard, including plans to establish offshore wind farms.

The chapters in the report provided by LCI members highlight the untapped potential of new technologies and some of the challenges to development posed by the regulatory framework. They also point to increasing public support for renewable energy, showcase best practices in the transition to renewable energy as well as energy efficiency initiatives in buildings, insights into managing electricity grids and markets to ensure that electricity supply remains secure and affordable. There are also chapters that outline the important role that financial institutions will play in the financing of renewable energy projects.

The report notes that the Taiwan government has established clear goals for Taiwan’s energy transition and that it has also outlined basic strategies towards this, including maximizing energy efficiency, actively developing renewable energy, especially solar and wind, accelerating energy storage deployment and further liberalising the electricity market. There is also a clear roadmap with milestones to meet the target of 20% of electricity generation from renewables by 2025 to be derived mainly from 20 gigawatts (GW) of solar photovoltaic installed capacity, 5.5GW of offshore wind and 1.2GW of onshore wind. Along with the plans, the government has started to support the development of the necessary harbour and electricity grid infrastructure necessary for the build out of grid connections for wind farms.

In addition to chapters from Taipower and CPC, there is also a chapter from Taiwan International Ports Corporation (TIPC), the operator of Taiwan's international commercial ports, which outlines the requirements and plans to meet them for harbour and wharf facilities for each phase of Taiwan’s offshore wind industry development, namely, development, construction, operations and management and eventual decommissioning.

In its article, Ørsted announced the results of the world’s largest survey of attitudes towards renewable energy. The survey, The Green Energy Barometer, commissioned by Ørsted to Edelman Intelligence, showed that 82% of people globally and 89% of people in Taiwan believe that the world should be run entirely on green energy. Concern about climate change is a major driver for support of green energy, with 69% globally being concerned about the impact of climate change. However, backing for renewables is also heavily rooted in a range of economic and societal benefits. More than seven in ten of those surveyed believe that it will boost economic growth and create new jobs if their respective countries were to build and produce more green energy.

The article from wpd highlights some of the challenges to development posed by the passage of the Coastal Zone Management Act. While well-intentioned, in the process of establishing subordinate regulations, the Construction and Planning Agency (CPA) under the Ministry of the Interior expanded the interpretation of the act and established strict regulations, which makes it difficult to set up wind turbines in the coastal zone.

The chapter from the German Trade Office outlines Germany’s rapid and ongoing energy transition to renewable energy as well as energy efficiency initiatives in buildings. In its chapter, the German Institute Taipei added insights into managing electricity grids and markets to ensure that electricity supply remain secure and affordable.

In its chapter, the Trade Council of Denmark offers best practices on policies and supporting measures to integrate renewable energy into the grid.

The chapter from the French Office in Taiwan highlights the as yet untapped potential of floating wind turbines, tidal current energy and ocean thermal energy. In particular, floating turbines allow for turbines to be located in deep water and eliminate many of the problems associated with building structures and the impact on the seabed and marine life since they can be set up onshore and simply towed to the right location.

The chapter from Thyssenkrupp provides information on innovative solutions for the production, transportation, storage, and transformation of renewable energies and intelligent materials and storage systems for this purpose.

In additional chapters from LCI members, TÜV Rheinland provides a global wind energy outlook. The chapter from Schneider Electric talks about creating globalised smart cities and how this requires a local approach. The chapter from Philips Lighting discusses the citywide benefits of smart & connected public lightning. The chapter from Enercon introduces fast-charging solutions for electric vehicles. Evonik contributed a chapter on efficient biogas upgrading. The chapter from Siemens covers gas fired electricity production using wasted heat to compression as a resource. In its chapter Atlas Copco covers energy and water savings solutions for industry. And in its chapter, Grundfos introduces its advanced pump solutions. 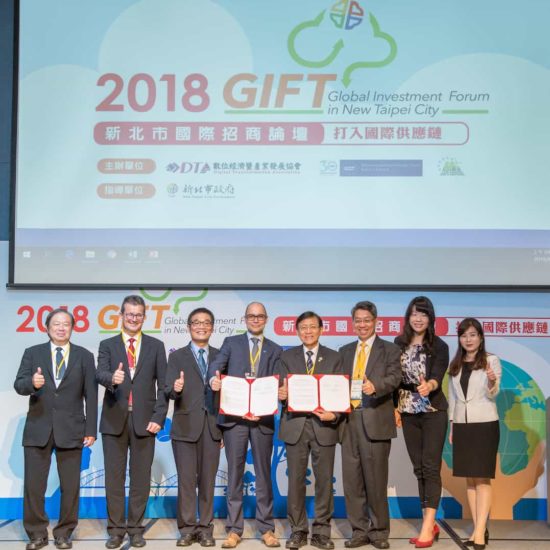