ECCT Premium Event - The next four years: Implications of the US election on economic & trade policies and Taiwan

ECCT Premium Event - The next four years: Implications of the US election on economic & trade policies and Taiwan

ECCT Premium Event
The next four years: Implications of the US election on economic & trade policies and Taiwan

Because of its wide-ranging significance, the whole world is watching the American presidential election very closely. The two candidates obviously have different views and perspectives on US economic and trade policies for the next four years. President Trump's “America First” policy is well known, and he is expected to continue to pursue a protectionist and unilateral economic policy, if he is re-elected. His Democratic Party rival, Joe Biden, differs on the multilateral economic regime that has been carefully fostered by the US for so long. He is expected to restore traditional ties with American allies and a possible return to several international agreements, such as the CPTTP. The differences in the political views of two candidates will have a profound impact on the global and Taiwan economy.

Back by popular demand, this event will feature a presentation by Dr Roy Lee, the Deputy Executive Director of the Taiwan WTO and RTA Center, Chung-Hua Institution for Economic Research (CIER), who will share his insights regarding US economic and trade policies after the presidential election, as well as the impact on the Taiwan economy. In addition, William Brent Christensen, Director of the American Institute in Taiwan, will give his views on the economic and political implications of the election.

About the speaker
William Brent Christensen has been Director of the American Institute in Taiwan’s Taipei office since August 2018. He has worked in the United States Foreign Service for more than 29 years. He previously served as Deputy Director of the American Institute in Taiwan’s Taipei office. Prior to that, he was Director of the State Department’s Office of Taiwan Coordination, where he had a primary role in formulating US policy toward Taiwan. He has served three assignments at the US Embassy in Beijing, the most recent being Environment, Science, Technology and Health Counsellor. He has also served as a Senior Level Career Development Advisor in the State Department’s Human Resources Bureau. Prior to that assignment, he served as the Foreign Policy Advisor at the Asia-Pacific Center for Security Studies (APCSS). Other overseas postings include Hong Kong and South Africa. Prior to joining the Foreign Service, he was a captain in the US Air Force. He holds an MA in East Asian Studies from the George Washington University, a BA in Chinese language and literature from Brigham Young University, and a Doctor of Medical Dentistry degree from the Oregon Health and Sciences University.

Dr Roy Lee (Chun) is currently the Deputy Executive Director of the Taiwan WTO and RTA Center at the Chung-Hua Institution for Economic Research (CIER). He is a member of both the Executive Yuan's Advisory Committee for Trade Policy and the Mainland Affairs Council's Advisory Committee. Dr Lee specializes in trade liberalisation policy, WTO, services trade, non-tariff measures (TBT and SPS) and regional integration. He is a policy advisor on Taiwan's trade negotiations with mainland China, New Zealand and Singapore and a capital-based expert on Taiwan's delegation for WTO services trade and TBT meetings and on its general liberalisation policy. He is (with Taiwan’s nomination) on the indicative list of Dispute Settlement arbitrators for the Taiwan-Singapore and Taiwan-New Zealand ECAs. In other capacities, Dr Lee is a frequent column writer on liberalisation policy for major newspapers in Taiwan. Before joining CIER in 2006, Dr Lee worked as a regulatory expert project consultant for the Pacific Economic Cooperation Council (PECC) and the ASEAN–Australia Development Cooperation Program (AADCP). Dr Lee received his PhD in Public Policy from the Crawford School of Public Policy, Australian National University. 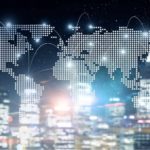 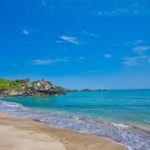