ECCT roars into the year of the tiger 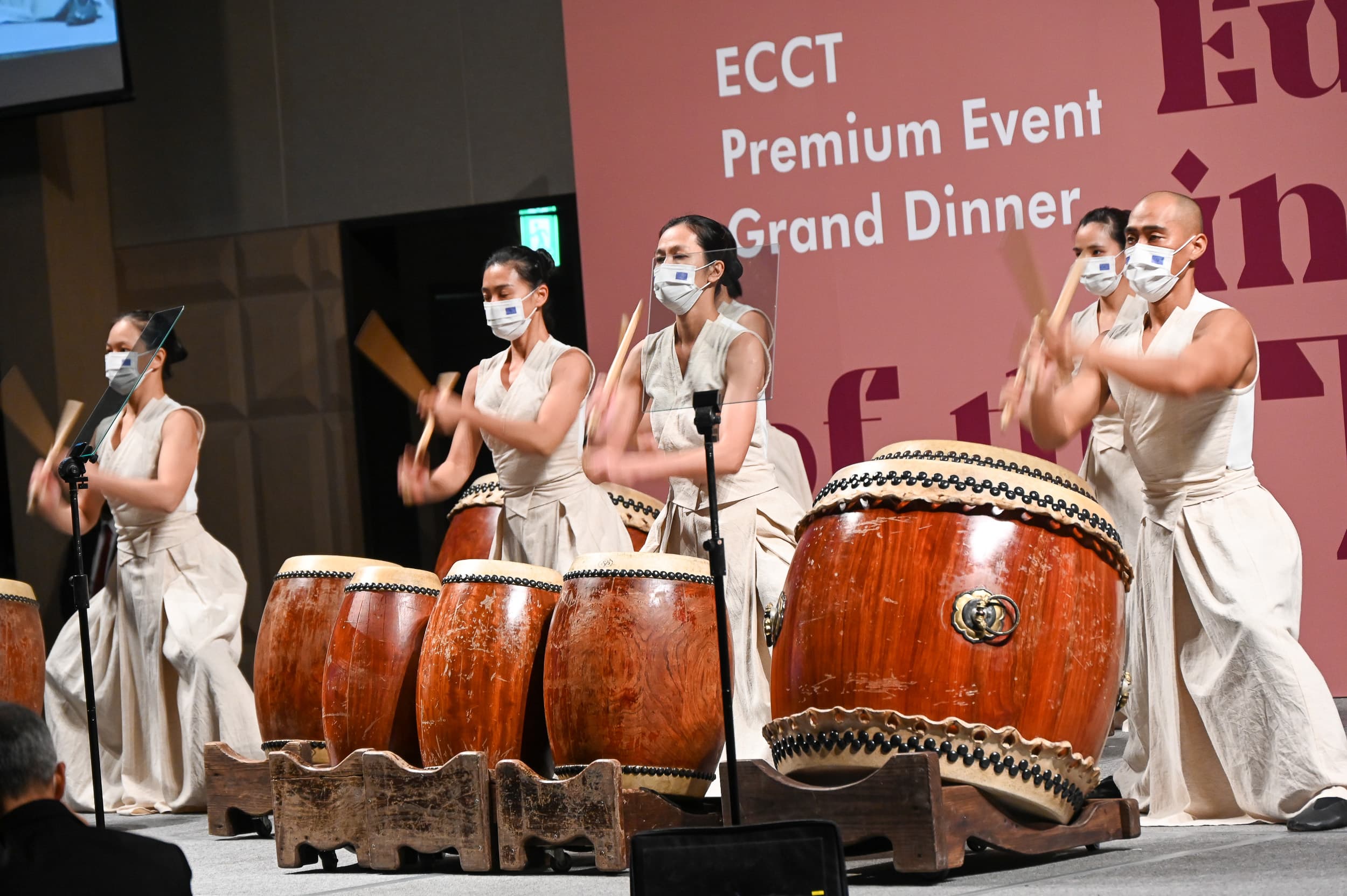 The ECCT hosted a special Premium Event Grand Dinner ahead of the Chinese New Year with the theme "Europe-Taiwan: Roaring into the Year of the Tiger". It was the first event of its kind hosted by the ECCT and featured speeches by Filip Grzegorzewski, Head of the European Economic and Trade Office in Taiwan and ECCT Chairman H Henry Chang and a performance by the U-Theatre drum and dance troupe (優人神鼓). The event was attended by around 470 guests.

In his speech, Chairman Chang said that while the global coronavirus pandemic had severely disrupted the global economy, it had also provided golden opportunities for Taiwan to build upon its strengths, and to forge closer ties with its partners in the European business community. A clear demonstration of building on strengths is that European businesses have continued to invest in Taiwan throughout the pandemic, further increasing collective investments to over €53 billion in Taiwan. He noted that Taiwan's past formula for success is its open society and integration with the world economy, which he urged the government to adhere to, especially during these uncertain times.

This past year has also seen a strengthening of the ECCT’s ties with the Taiwan business community through its Next Generation Business and Leaders Series, which arranged events with YouTube, the Regent Group, ASML and others.

Despite a five-month hiatus on organising events because of the pandemic, the ECCT continued to hold regular meetings with the government and host large-scale events. Notably, the chamber held its first ever Healthcare Forum, which was attended by Vice President Lai Ching-de, former Vice President Chen Chien-jen, and Health Minister Chen Shih-chung, as well as its second Electric Vehicle Forum and third Global Offshore Wind Energy Summit (with over 1,000 attendees). In addition, together with partners, the chamber launched four new reports on Eco-Mobility and Eco-Logistics, Circular Supply Chains, Digital Health, and the Robert Walters Salary Survey 2021. The chamber also held a series of online meetings with officials from the European Commission in lieu of its annual Open Door Mission trip to Brussels.

The chairman reported that European companies are also playing a critical role in developing talent for Taiwan’s future industries. This year, the ECCT is cooperating with National Taiwan University and the European Union Centre in Taiwan to educate students about European entrepreneurship. Country managers from our European companies will give a series of lectures as part of NTU's course "European Entrepreneurship and EU-Asian Relationships". Thereafter, ECCT member companies will be offering internship opportunities for students enrolled in the course. "Through such efforts we are helping to cultivate the next generation of professionals and corporate leaders, who will help to continue Taiwan’s robust economic and social progress here in Taiwan," the chairman said.

Chairman Chang concluded that in all of the areas of economic and social life across multiple industry sectors, Taiwan’s goals and European expertise have never been more aligned. "As Environmental, Social and Governance (ESG) become more central to business, this provides an historic opportunity to draw us ever closer together based on mutual interests, reciprocity, and shared values. This moment in history is the time to move forward together, to build the ties that will last and bring peace and prosperity to our generation and that of our children's generation," he said.

In his speech, EETO Head Filip Grzegorzewski lauded spectacular growth in EU-Taiwan trade over the past year as well as growing investment and increasing exchanges on digital governance, R&D and strengthening supply chains. He noted that the EU's recognition of Taiwan’s digital Covid certificate was important for the new normal standard for global travel that would benefit residents of Taiwan.