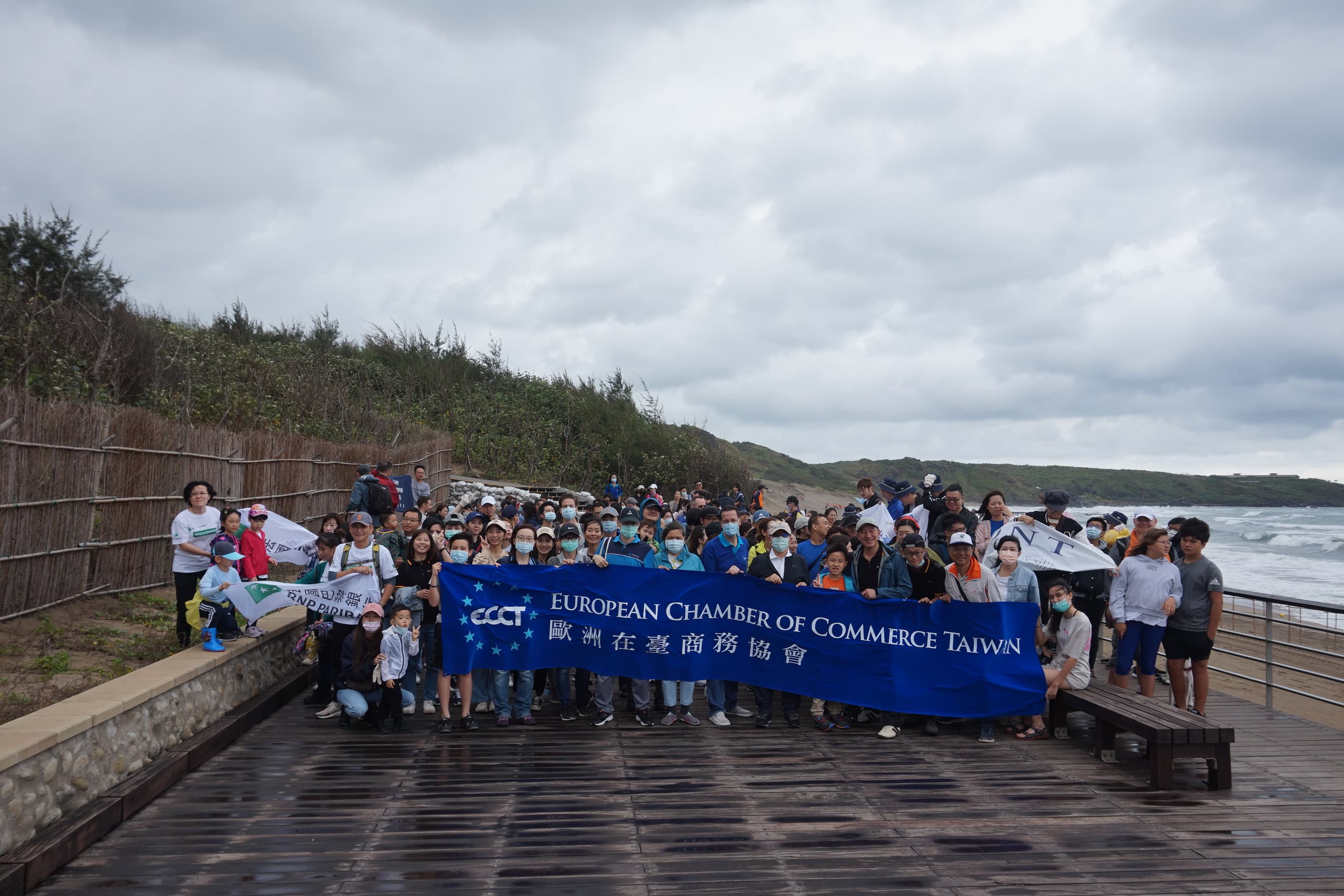 At this year’s event, over 400 people participated, including representatives from ECCT member companies and the New Taipei City Government and over 100 students from the Taipei European School (TES). Lin Yu-Hsien, Secretary-General of the New Taipei City Government attended the event in person and gave TES students an educational session about the importance of marine conservation ahead of the beach cleaning. After the educational session, everyone spent the rest of the morning working to clean up the beach. Thanks to their efforts, 600 kilograms of rubbish was collected.

On the afternoon of the same day, the European Economic and Trade Office (EETO) arranged a beach cleaning event on another beach in New Taipei City.

In his remarks, Secretary-General Lin emphasised that waste, especially plastic waste, not only destroys the natural landscape, but is having a fatal impact on marine life and human health as marine animals sometimes mistake plastic for food while the grinding down of plastic into microparticles is also eaten by fish, which in turn are eaten by humans. Therefore, stopping plastic waste is an urgent environmental issue. Lin cited marine debris monitoring results of the Environmental Protection Administration (EPA), which reported that the top three most common types of plastic waste are bottle caps, straws, and fishing nets. He noted that in recent years, New Taipei City has also actively promoted plastic reduction policies, including the use of environmentally friendly reusable bags.