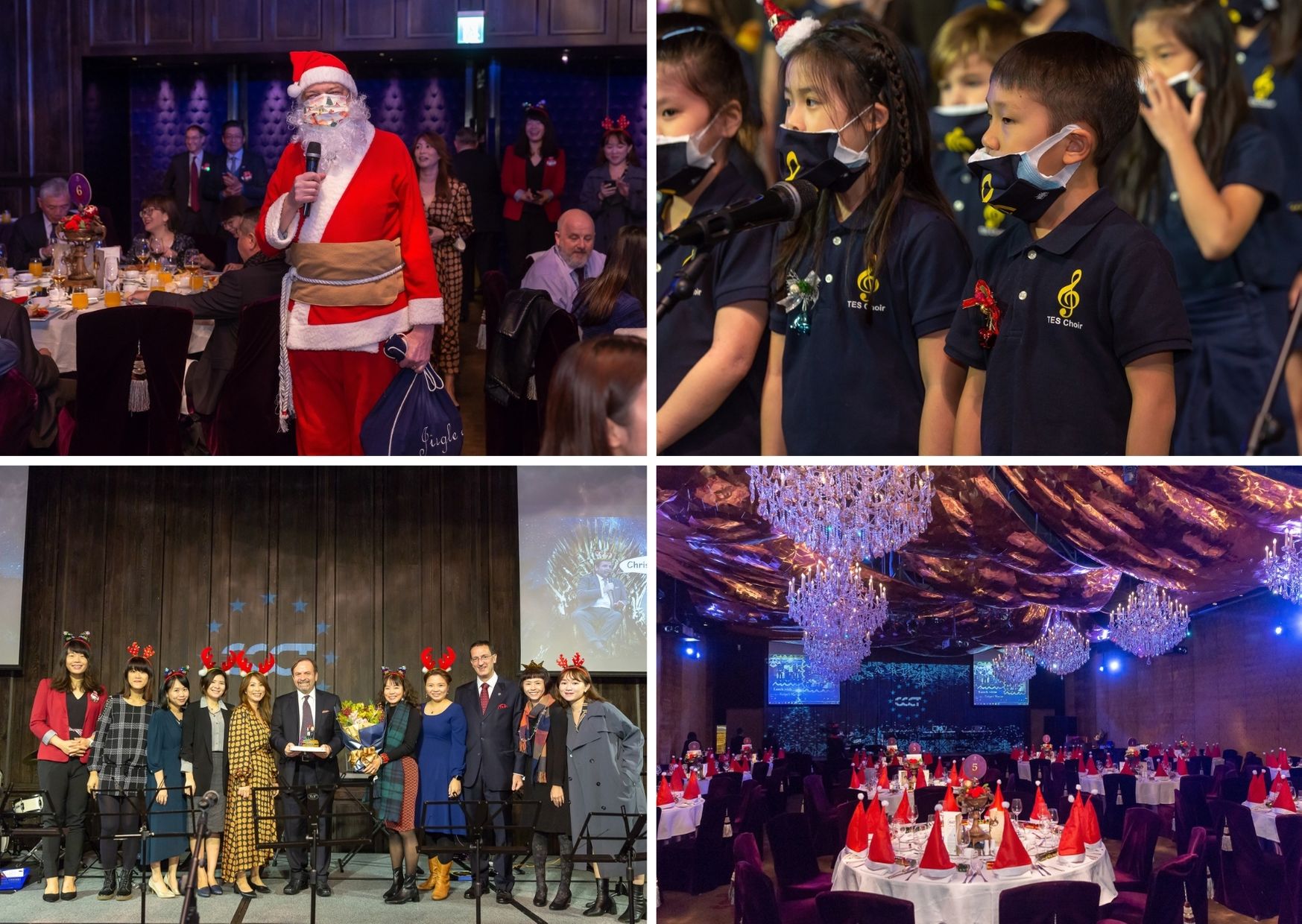 Even though it is still more than three weeks until Christmas, ECCT members are eager to start celebrating early. Over 100 members and guests attended the chamber’s annual Christmas lunch. And, as usual, no efforts were spared to create a festive atmosphere. Even having to wear face masks (in line with CDC guidelines), did nothing to dampen the Christmas spirit.

Guests arriving early were able to stave off winter chills with a warm cup of mulled wine (known as “Glühwein” to Germans & Austrians and “Glögg” in Scandinavian countries) served with raisins and nuts and accompanied by ginger biscuits. Everyone then sat down to a feast of traditional European festive dishes.

Later, to get members in the Christmas spirit, the Taipei European School’s junior choir and musicians took to the stage to perform some lively Christmas songs. First up, an orchestra of over 20 young maestros, dexterously handling a full range of instruments, played some lively Christmas-inspired numbers. Afterwards, the full junior choir took to the stage. They began with some Christmas carols and ended with some upbeat popular Christmas songs.

Just as the choir were leaving the stage to thunderous applause, Saint Nicholas (also known in some parts as Santa Claus or Father Christmas) entered the room ringing his bell and carrying a large bagful of gifts. Saint Nic’ told the audience that he had arrived from Lapland two weeks ago and had just got out of quarantine. But just to be on the safe side, the elves gave him a complete sanitisation with alcohol spray. He also didn’t give gifts directly to children but instead handed the bag over to a teacher and student from TES, who promised to distribute them to the other children.

Saint Nic’ had another job to do this year – hand out presents donated by ECCT members to the grown-up children attending the lunch. With the help of the elves he selected five lucky winners by lucky draw. Having performed his duty, Saint Nic’ left the venue and proceeded to meet up with his reindeer, who were also in quarantine on a mountain somewhere near Taipei. No doubt, he’ll welcome the chance to take to the skies in his sleigh again if he’s going to make it all around the world before Christmas.

Premium Event with the Minister of Labour