Over 250 people, including ECCT members from seven companies, ECCT staff and 50 pupils from the Taipei European School (TES), gathered to clean up the beach of Baisha Bay along the coast of New Taipei City.

The annual effort, coordinated by the ECCT's CSR committee and held in support of international coastal clean-up initiatives, is aimed at cleaning up Taiwan's polluted coastline and raising awareness about the dangers of litter and other forms of pollution to the health of people, animals and plant life.

Luckily the weather this year was cool and cloudy, perfect for the task at hand. All kinds of rubbish was collected, ranging from small plastic bottles to the largest item, a broken surf board. Thanks to their joint efforts, 619 kilograms of rubbish was removed from the beach, leaving Baisha Bay in pristine condition.

The day wasn't all work and no play. After hours of toiling away collecting rubbish, some of the kids brought out their buckets and spades and had some fun building sand castles. 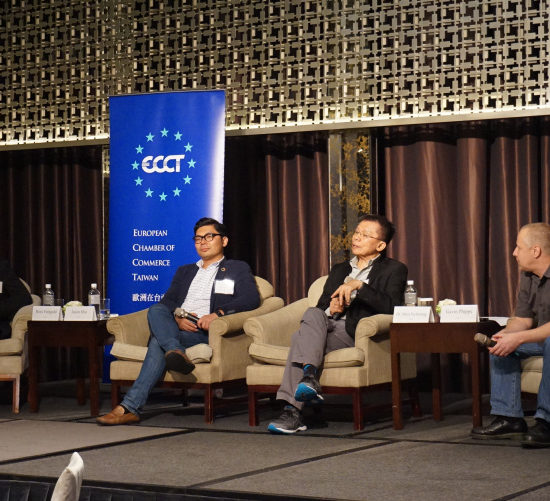