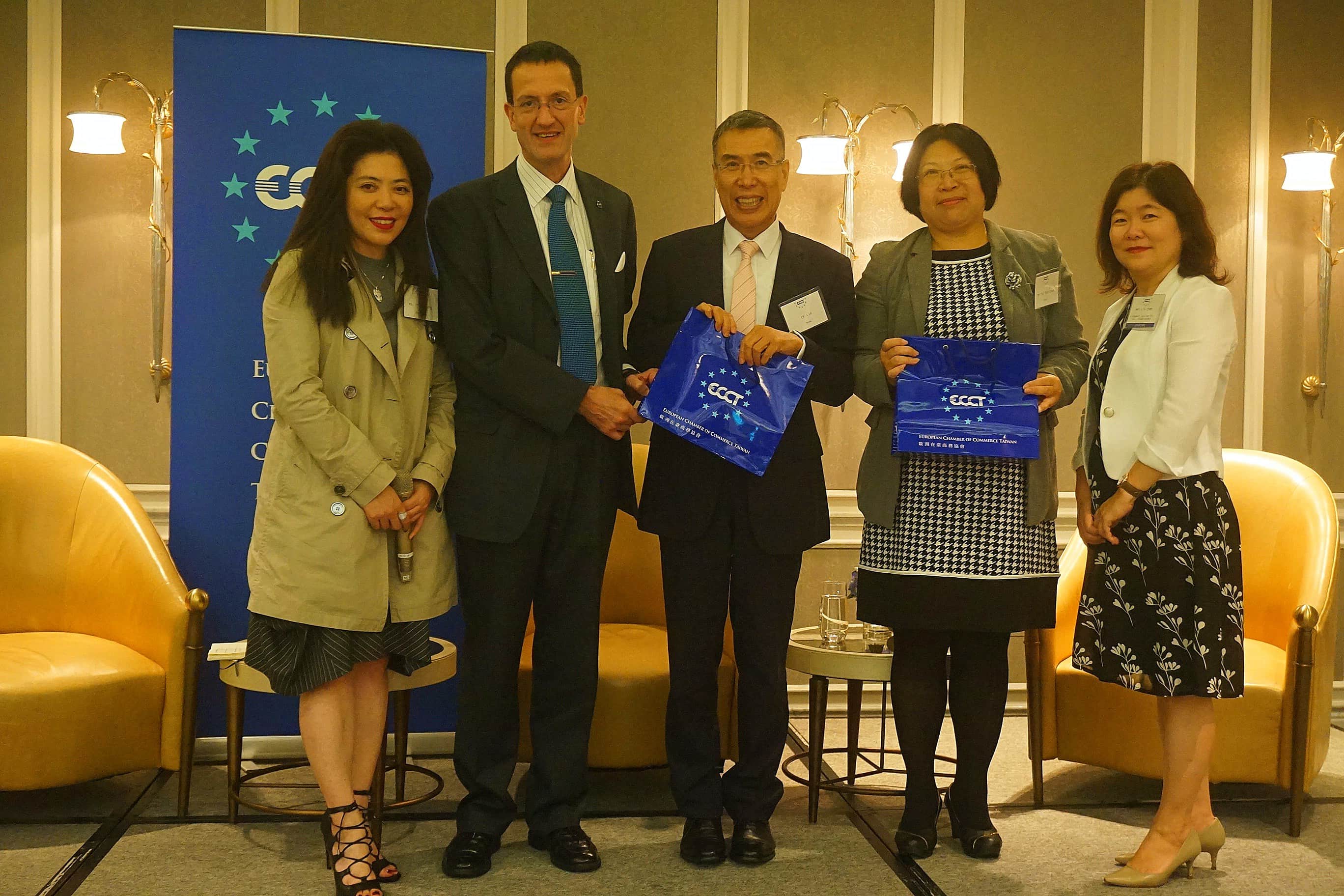 In her presentation, Dr Tai gave an overview of the e-commerce market in Taiwan and the impact of the coronavirus pandemic on the market. She noted that the e-commerce market's annual growth rate was 12.4% in 2017, 13.6% in 2018 and around 14% in 2019, mostly from business to consumer (B2C) business. Growth in 2020 is expected to be slightly higher at around 16.5%. Momo.com is the largest e-commerce retailer in Taiwan, with sales of NT$51.83 billion, followed by PC Home with sales of NT$38.88 billion.

The total value of Taiwan's consumer B2C e-commerce market was US$27 billion in 2019, which rose 13% from the previous year and represented 17% of total B2C retail spending. As a percentage of all sales transactions in Taiwan, e-commerce accounts for only 9%, similar to levels in the United States and Germany but higher than China (8%) and lower than the UK (15%), Denmark and Sweden (both 17%).

According to a survey cited by Tai, 60% of internet users between the ages of 16 and 64 said that they had bought something online using a mobile device in the past month and mobile devices account for 40% of B2C e-commerce transaction value. The average online spending per B2C consumer in Taiwan was US$1,799.

In the past decade, the market for personal luxury goods almost tripled to reach €281 billion. However, in the first quarter of 2020, global luxury sales declined year-on-year by 25-30%. While the sales volume of luxury goods online is still not high in proportion to other items, the percentage is expected to grow gradually as millennials are more likely to buy luxury items online than older generations and will increase their purchases over time, assuming that their incomes rise over time.

Momo has 10 million customers, almost half of Taiwan's population. Most of its online shoppers range in age from 25-49 and 67% are female.

The advantage of online stores is that costs are much lower and therefore profit margins are much higher when selling online compared to traditional stores.

According to Lin, Momo's total sales of beauty, personal care and luxury goods increased from NT$598 million in 2015 to NT$2 billion in 2019, implying a cumulative annual growth rate of 35%. Beauty/Personal Care was the top selling luxury category with NT$1.09 billion in sales, followed by luxury shoes and bags worth NT$730 million in 2019.

Although some luxury goods brands have seen impressive growth in sales of their goods on the Momo platform, Lin said that many brands have hesitated to cooperate with Momo, in favour of their own stores and platforms.

Lin noted that many customers are reluctant to purchase very high-priced items (over the price NT$200,000) online, although this was not an issue for Momo's TV sales channel.

According to Lin, while Momo sells jewellery on its site, the products are usually delivered by the brands themselves, rather than outsourced to third party delivery companies.

Lin expressed the view that the retail space should not be seen as a pure battle between online and bricks and mortar stores. He said that brands have discovered that selling online can expose them to new customers since their customer bases actually do not overlap that much with bricks and mortar stores. Lin expects to see more cooperation between physical stores and online retailers in future because, by cooperating, they can each increase their own customer bases.

For the speaker's ppt, please refer to this link: E-commerce in Taiwan

Foreign pensioners in Taipei to be given discounts