Dealing with the coronavirus in China

The ECCT hosted a lunch on the topic "Dealing with the coronavirus in China - Plans and contingencies of European businesses". The event featured guest speakers Jörg Wuttke, President of the EU Chamber of Commerce China (EUCCC) and Adam Dunnett, Secretary General of EUCCC. The speakers, who called in via video conference from Beijing, gave an update on the current situation in China and how the European chamber and European companies operating in China are dealing with the 2019 novel coronavirus (Covid-19) outbreak.

Jörg Wuttke reported that the situation in China is still serious, especially in Hubei Province. While official numbers show that the number of infections is increasing only at a low rate, it is not possible to know the exact numbers, for the simple reason that 50% of tests don't reveal the coronavirus. Wuttke said that authorities are doing their best to contain the outbreak and called what healthcare workers are doing in the affected areas heroic.

Everyone in government and business hopes to get back to business as usual but this is difficult in the current environment when there are travel bans and other restrictions in place. The situation is especially severe for SMEs, some of which are facing bankruptcy. According to Wuttke, while things are close to a standstill in Hubei and bordering provinces, things in the rest of China are slowly returning to normal.

For companies to resume operations they have to pass audits, which are repeated periodically. If companies do not pass audits, they can be shut down. For example, if the local facility does not have enough masks, it would fail the audit and be closed down.

According to Wuttke, areas in the north of China have already gone back to work while Shanghai is almost back to normal, including its port, which had previously had a shortage of workers.

The most crucial problem for businesses is the restrictions in place on transport and the movement of people, which means that people cannot go to work in offices and factories and there are not enough truck drivers to transport goods.

The impact of Covid-19 on business can be clearly seen in the latest purchasing manufacturing index (PMI) numbers for February. The manufacturing PMI, one of the first official economic indicators published since the coronavirus outbreak, fell to 35.7 in February an all-time low and down from 50 in January, according to China's National Bureau of Statistics.

The service sector has suffered a heavy blow. Travel is down 89% from a year ago. Cinemas and most restaurants remain closed. Wuttke reported that only a couple of hotels were still open. However, in a sign that things may be about to improve, Starbucks and other chain stores have started to open again in Beijing.

The real impact on the economy will begin to be seen in April when data for March comes out. The service sector is likely to bounce back faster than manufacturing but will not be able to make up for losses in the first quarter. It remains to be seen to what extent consumer demand will recover.

Comparing Covid-19 to the 2003 SARS outbreak is not really reasonable because SARS really only affected three cities in China (in addition to Hong Kong) while the impact of Covid-19 has been nationwide. Also, in 2003 the Chinese government launched an unprecedented stimulus programme involving mass infrastructure projects. This will not happen this time around because China's infrastructure is already well developed and there is a lack of funds and reluctance on the part of authorities to add to already high debt levels.

A few days ago the OECD cut its full year growth forecast for China to 4.9%. Wuttke said that this forecast is probably realistic and is in line with his own company's forecasts.

In terms of response, his company is now working to re-establish its supply chains. This is especially difficult for the car industry since there are so many parts. He noted that those European companies with factories in the affected areas are struggling the most to get back on track.

Adam Dunnett reminded the audience that awareness of Covid-19 only became widespread in January, during the Chinese New Year holidays. The government responded first by extending the holidays to 2 February.

In terms of response, the EUCCC decided at the outset to lead by example and follow government directives and regulations exactly, but at the same time, also try to get back to normal as soon as possible. According to Dunnett, the EUCCC was the only chamber that re-opened its office on 3 February, while others either were on additional statutory leave or worked from home. Doing so, he said, sent an important message to the government, and the general public that the EUCCC was able to comply and still work.

At the same time, the chamber went ahead with its annual visit to Brussels to brief EU officials on its latest position papers, even though there was a lot of anxiety at the time. Two days before the meetings were scheduled to start, Commission Services decided to postpone all "non-essential" meetings with visitors from China. Nevertheless, as many people had already made the flight, the trip continued and a number of other meetings still took place.

As for the chamber's engagement with the government, at the outset of the outbreak, the chamber publicly expressed full support for the government's initiatives to deal with the crisis and also offered its assistance. In response to the government's request for medical supplies, the chamber sent out a call to all members, both in China and via other European chambers abroad. According to Dunnett, more than 70% of members came through and offered support in one form or another, amounting to over RMB1 billion.

To keep members updated, the chamber set up a portal with information such as policy updates, both nationally and regionally, the latest statistics on the virus, as well as the chamber's official position. However, Dunnett noted that just because a policy comes out does not mean that it is implemented uniformly. Sometimes they are not implemented and sometimes even "over-implemented", causing problems for business. He cited some examples. For example, two weeks ago there was a government directive to say there should be no more meetings. In response, the chamber switched to holding webinars. He noted that this has been quite successful as it has resulted in 400-500 people tuning in for some of its events, including one meeting with the EU's ambassador to China. Other webinars have been held with the vice minister of commerce and another with the Chinese ambassador to the EU.

In another example, despite things gradually getting back to normal, sometimes there are still roadblocks. Just as staff started to return to work a new directive appeared in the last few days mandating that no more than 50% of staff should be in the office at the same time. Staff then had to be sent home. Everyone is trying to be co-operative and understanding, but it can be frustrating.

As to the impact on business, Dunnett cited a recent survey of members conducted a week earlier. According to the survey 100% of members said their revenues had been affected, with 59% of them highly affected. The survey also collected over 100 detailed comments from members on problems facing business, which were shared with the ministry of commerce.

In terms of operational issues, many businesses have had to provide documents including a commitment letter, emergency procedures and staff health check lists. The commitment letter has been controversial as the wording is very strong. In some cases, companies have to sign papers acknowledging they take full responsibility for and legal responsibility for any abnormal occurrence that may occur as a part of restarting operations, including the guarantees of authenticity for any health documents they may be required to submit regarding the health and travel status of their employees. While companies aim to do their best, it is difficult for them to guarantee with complete assurance the information that their own employees are required to submit. For example, they are concerned that employees may report information incorrectly or by mistake.

Dunnett stressed the importance of emergency protocols. The chamber has established standard operating procedures for emergencies. This includes simple things like providing and keeping stocks of face masks, disinfecting office equipment and furniture regularly and keeping a distance of at least one metre from others. In addition to the legal requirements for staff to sign in and keep records of staff travel history, the chamber has work team contingencies in place and has invested in tools like Skype or Zoom to facilitate remote communication.

In the Q&A session, Wuttke predicted that manufacturing will take a while to get back to full capacity given complex supply chains, noting that it is always the weakest link in the chain that brings you down. He noted that his company has managed to maintain production but not at full capacity. As to how long it will take to get back to normal, a lot depends on how soon workers return. Wuttke made the point that there are still hundreds of millions of people in the wrong province. He cited media pundits which have said that there are two things that would be a signal that things will soon be back to normal: 1) when children return to school (which is currently scheduled for April) and 2) when President Xi visits Wuhan.

A lot of SMEs are facing challenges. For example, a company that has 10-15 international soccer trainers on the payroll is on the edge of bankruptcy given that they have had no cash flow for the past two months. The same is true for a lot of mom and pop shops which survive on regular customer flow. Many SMEs in the supply chain for cars are also in trouble. Some large companies have gone out of their way to help their small suppliers by offering loans or paying in advance. The EUCCC has also asked the government to defer loan repayments. However, this would conflict with the government's goal to reduce leverage in the banking sector, which is an issue for many regional and local banks, numbering some 3,500. China's big banks are in good shape and could step in to help but that would dent their profits.

In terms of contingency measures, according to Wuttke, the era of single sourcing is over. While China has become renowned for its super-efficient and cost-effective industry clusters, everyone is now questioning the wisdom of putting all one's eggs in one basket. They have to diversify even though it will inevitably increase their costs. However, the question is still to what extent. As Wuttke pointed out, China will remain important because of the size of its economy and internal market. Just as it is risky to have all one's facilities in China, it would also be risky to leave China altogether, he said. Taking the case of his own industry, Wuttke noted that 60% of global growth in the chemical industry is and will remain in China. For this reason, his own company is not altering its current development plans. Companies can choose to diversity within China (to several locations) or to other countries. In this regard, he said Taiwan could be a beneficiary given its industry advantages as well as its track record of handling crises and governance.

Wuttke concluded that the economic impact should also be kept in context. Even if growth falls to 5% in China (from 6% in 2019), the additional growth is equivalent to the economic output of Australia. 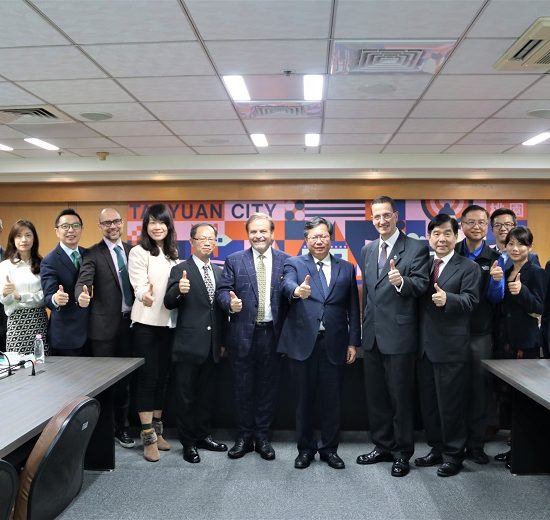