US election impact on Taiwan 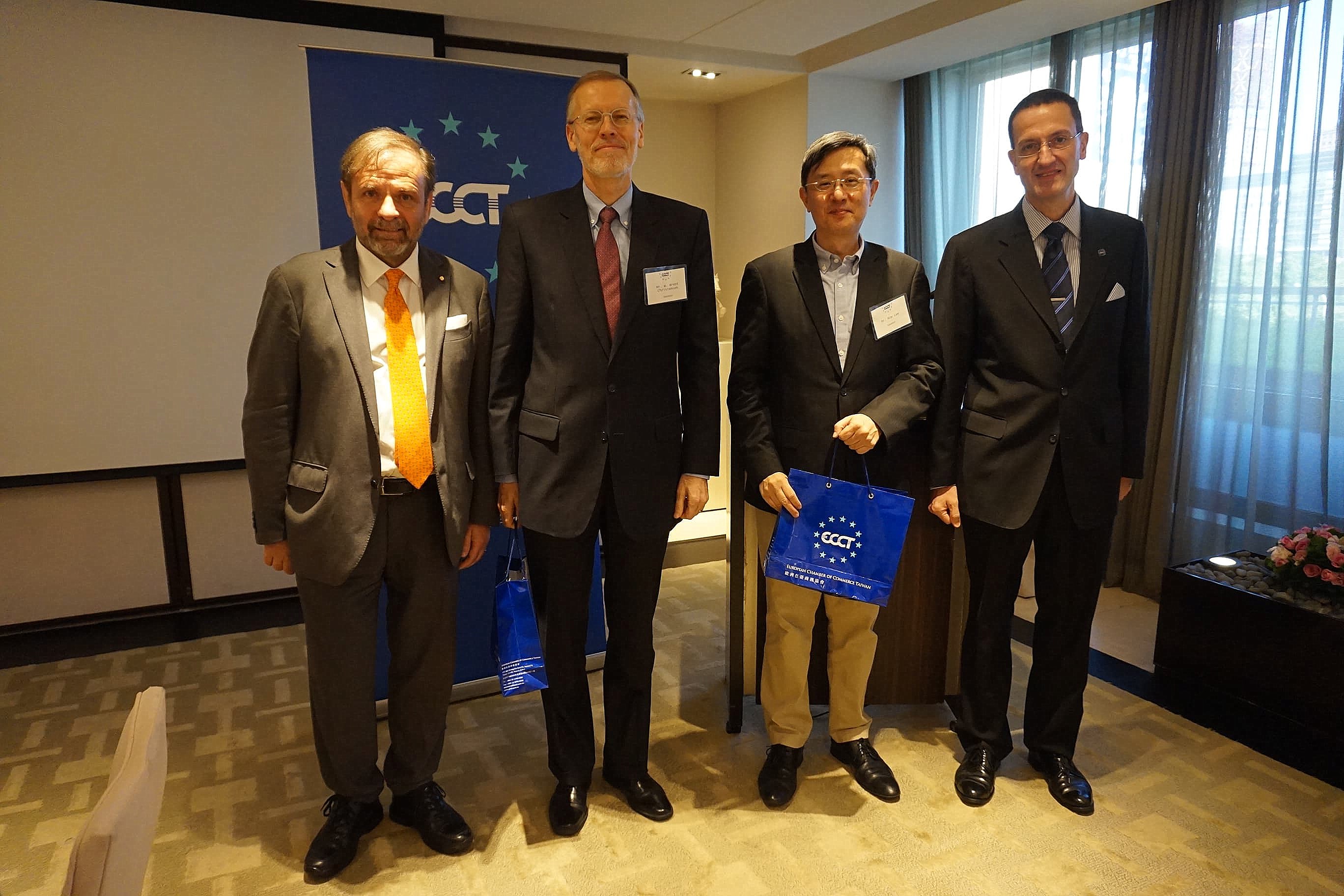 The ECCT arranged a Premium Event lunch on the topic: "The next four years: Implications of the US election on economic & trade policies and Taiwan". The event featured guest speakers William Brent Christensen, Director of the American Institute in Taiwan (AIT) and Dr Roy Lee, Deputy Executive Director of the Taiwan WTO & RTA Centre at the Chung-Hua Institution for Economic Research (CIER).

In his speech, Director Christensen said that US-Taiwan trade remains robust. Despite the coronavirus pandemic, bilateral trade has actually increased by 5%, a significant outperformance given the fact that US trade with the rest of the world has declined by about 12%. He attributed this largely to increased trade in semiconductors, ICT and related products. He reported that US-Taiwan bilateral talks continue on subjects such as market opening to US meat products, investments, 5G, AI and science and technology, although there have not been any formal talks recently to discuss a bilateral trade agreement.

The AIT director said that while he could not be certain as to how the incoming Biden administration would approach relations with Taiwan, he said that support for Taiwan is one of the few areas where there is bipartisan support in the US (from both the Democratic and Republican parties).

In his presentation, Roy Lee noted that incoming US president, Joe Biden, has already signalled that he would focus on four ‘Rs’: Repair (a divided country and its relations with the rest of the world), Rebuild (US supply chains and the eroding middle class), Re-engage with democratic allies and set a powerful example for the world and Re-adjust (especially with regard to a new Washington consensus and a competitive coexistence with China). However, it remains to be seen which of these areas will be his first priority, what policies will be devised and who Biden will appoint to key positions in his administration. Lee acknowledged that whatever policy agenda is adopted, delivery will be difficult without cooperation from congress.

On the question of China, Biden has said that he will be even tougher on China than President Trump but there are four strategic dimensions of US-China economic rivalry that will inform whatever strategy the Biden administration will adopt towards China: The US will have to balance the fact that China is an enormous market for the US as well as the largest supplier of goods with the fact that it also a major geopolitical rival and a tough competitor.

US dependence on China and China’s rising competence in key areas are increasingly seen as a threat to US security, which explains calls for supply chain realignment. Biden is likely to try to reduce reliance on China, increase reshoring efforts and offer incentives for high tech industries, such as semiconductors.

While Taiwan cannot join regional trade deals, it can nevertheless participate as a trustworthy partner of countries that are part of the deals.

Over the past four years, Taiwan has benefited both from increasing trade with China and the US. According to Lee, while there are many factors prompting investment decisions, including as a way to reduce costs and get access to supply chains, the main reason motivating Taiwanese companies to invest is to satisfy client requests. Therefore, when customers request more capacity in certain areas, they tend to oblige their customers. This has resulted in the shifting of some production from China to countries in South East Asia in recent years as well as some shift back to Taiwan. However, to satisfy customers in China, much capacity has been left in China.

Taking a look at inbound and outbound foreign direct investment (FDI), there has been a sharp decrease in overall outbound FDI by Taiwanese investors over the past two years, both to China (still the largest FDI destination) and the rest of the world. The government has introduced several incentive programmes to get Taiwanese businesses to relocate investments to Taiwan. This has resulted in a number of pledges and actual investments. However, the drop in outbound FDI shows that Taiwanese are investing more at home than abroad, which may be a more significant factor than so-called "returning" investors.

As for the outlook for the next four years, despite the change in US leadership, Lee expects the world to remain basically the same. The driving forces of change will be US-China rivalry and supply chain re-configuration. This will present three major challenges for Taiwan: sustaining a major role in global supply networks, decoupling of hi-tech sectors (such semiconductors), cross-Strait tensions and re-shoring initiatives by both the US and China. At the same time, this will present opportunities given large investment relocations and the potential to attract talent.

Commenting on the recently-signed Regional Comprehensive Economic Partnership (RCEP), which is expected to take effect in the second half of 2021, Lee said that Taiwan is not likely to suffer a major impact since 70% of its trade with the RCEP countries is already tariff-free. However, Taiwan may suffer a larger impact if China, Japan and South Korea forge additional agreements under RCEP.

On the question of cross-Strait tensions, Lee expressed confidence that the Biden administration will maintain its commitments and make sure all parties in the region are not subject to coercive force.