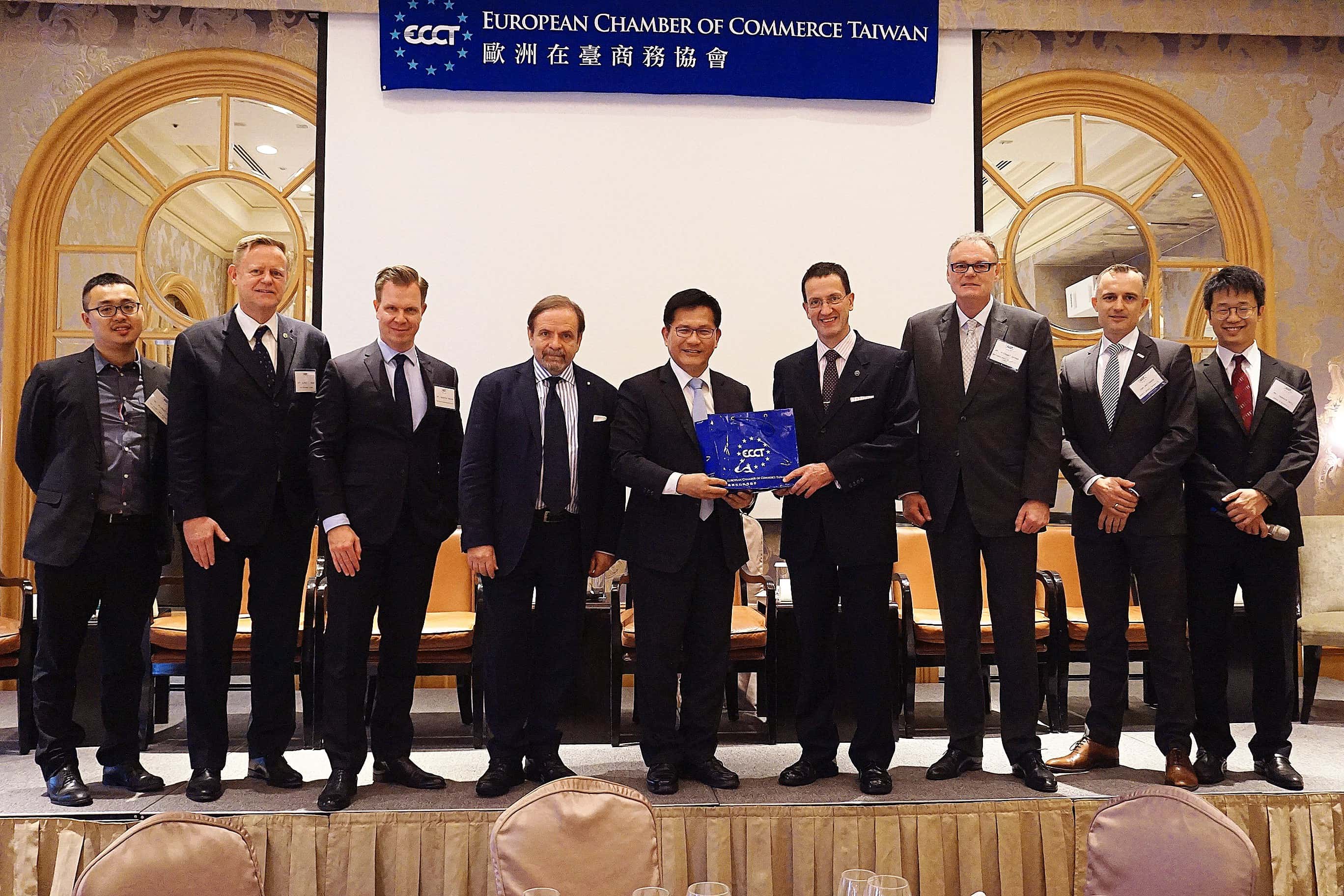 The ECCT held a Premium Event lunch with Dr Lin Chia-lung, Minister of the Ministry of Transportation and Communications (MOTC). The event was jointly arranged by the ECCT’s Mobility and Travel & Tourism committees. At the event, Minister Lin gave a presentation after which he engaged in a panel discussion with co-chairpersons of the two committees. The lunch was also attended by four officials from the MOTC and around 75 ECCT members and guests. MOTC officials attending were Chen Wen-juei, Director-General of the Department of Railways and Highways; Michael Jsao (Chin-wei), Section Chief of the Department of Railways and Highways; Chang Shi-chung, Director of the Tourism Bureau and Huang Yung-kuei, Deputy Director of the Directorate General of Highways.

Taiwan’s next phase of the smart or Intelligent Transportation System (ITS) development (from 2021-2024) has been approved by the Executive Yuan. The plan is aimed at improving road safety, traffic flow, seamless travel and environmental sustainability. It has a budget of NT$4.287 billion (for the central government) and NT$329 million for municipal governments and aims to engage with start-ups and advanced technology leaders. The new ITS phase will focus on major projects, including 5G traffic data services, digital infrastructure construction of the core transportation network, smart traffic and creating sustainable transportation services.

Lin mentioned progress made since 2017 in terms of traffic safety. For example, he cited a 50% drop in motorcycle traffic accidents at Foguang University and an around 35% decline at Donghua University.

To reduce traffic congestion, a “smart corridor” in Hsinchu County has already reduced travel time by around 10% when travelling to and from the Hsinchu Science Park. Other improvements have been made to highways connecting Taichung City. Another of the MOTC’s goals is to help improve public transportation services in rural areas.

While Taiwan’s transport sector was severely hit by the coronavirus pandemic in March and April, things began to improve starting in May. In particular, the passenger volume of Taiwan’s High Speed Rail service has already reached 90% of the levels of a year ago.

Obviously Taiwan’s airlines and tourism industry have been the most severely hit by the pandemic and future prospects depend on how the pandemic plays out globally. According to Lin, we should expect international travel restrictions to be in place for the foreseeable future and plan accordingly. He noted that an increase in domestic travel and tourism has gone some way towards replacing foreign travel demand. The MOTC has been active in supporting the travel and hospitality industry since the start of the pandemic through various relief, revitalisation and upgrading programmes, such as subsidising training schemes and the government’s so-called three x consumer vouchers. According to statistics cited by Lin, thanks to these measures, hotel occupancy rates in Tainan in July had already recovered and even exceeded levels before the pandemic while occupancy rates in Kaohsiung and Taichung were almost back to normal, although levels in Taipei and Taoyuan were still low given their exposure to international visitors.

In the panel discussion, Minister Lin answered questions from committee chairpersons Jan Hollmann, Michael Grewe and Mathias Busse from the Mobility committee and Achim von Hake and Michael Wu from the Travel & Tourism committee. On a question about the ministry’s plan for electric mobility, Lin acknowledged the need for cross-ministry coordination to reach the government’s electric vehicle (EV) goals for buses, motorcycles and passenger cars in consultation with companies across the supply chain, including car makers, electric charging producers and services providers. Asked what the government’s plan is if the pandemic continues into 2021, Lin replied that everyone should work on creative ways to continue doing business and living with Covid-19 rather than waiting for a vaccine or treatments. He mentioned the recent visit by a delegation from the Czech Republic, which showed that, while difficult, it is possible to arrange safe and enjoyable trips even during the pandemic. 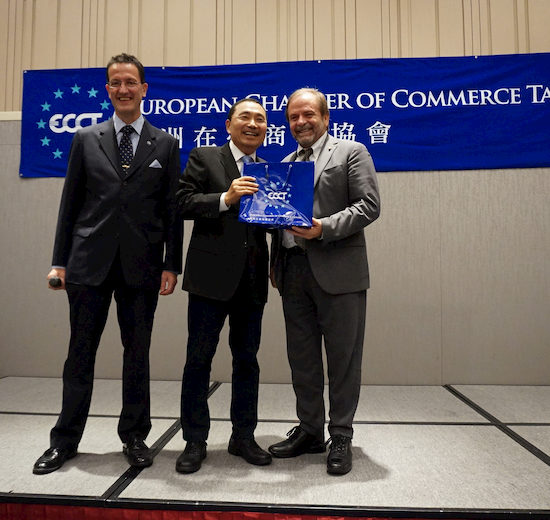