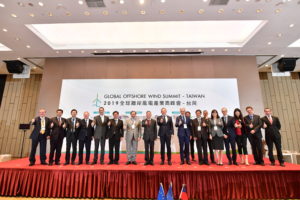 On 25 April in Taipei, the European Chamber of Commerce Taiwan (ECCT) and the Global Wind Energy Council (GWEC) hosted the Global Offshore Wind Summit - Taiwan with the ECCT's Low Carbon Initiative (LCI). This is the official event for the offshore wind industry in Taiwan, gathering both local and global investment groups, energy companies, project developers and regulators to discuss the promising future of Taiwan's booming offshore wind market.

The summit is the first event to gather leaders from both local parties to discuss the boost of Taiwan's economy through continued investment in offshore wind. With significant growth in recent years, Taiwan's offshore wind market is expected to continue to continually grow, with a goal of achieving 5.5 GW of installed capacity by 2025. Wind energy growth in Taiwan holds potential for substantial local investment in projects, infrastructure, local supply chains and job creation. If Taiwan reaches its 5.5 GW target, this could bring nearly NT$880bn inward investment and create an estimated 20,000 local jobs due to agreements being signed by Taiwanese supply chain companies. 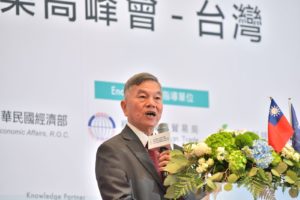 In the opening remarks, Shen Jong-Chin, Minister of Economic Affairs for Taiwan, said: "Taiwan has some of the best offshore wind farms located in the Taiwan Strait. To fully explore the potential of wind energy and reach the target of 20% renewable energy generation by 2025, the government has worked on building sound infrastructures and improving regulations to attract investment from both domestic and foreign offshore wind developers. I am honoured and pleased to share that for the first time the ECCT and GWEC together held the Global Offshore Wind Summit in Taiwan, which marks the significance of Taiwan as an important player in the global offshore wind market. It is an ideal channel for knowing more about Taiwan's experience and success stories in developing further offshore wind power projects in the region." 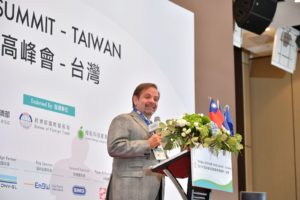 Giuseppe Izzo, Chairman of ECCT, highlighted Taiwan's potential to become an energy transition leader by creating one of the world's largest offshore wind energy markets. The government is also moving in the right direction by passing amendments to the Renewable Energy Development Act, which increased the national target for renewable energy sources to 27 gigawatts by 2025. The amendments also give local governments more authority to set up renewable energy facilities. 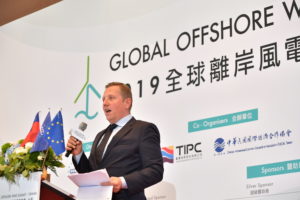 Ben Backwell, CEO of GWEC, said: "Seeing the ongoing foreign investment in Taiwan confirms its potential to become the second largest offshore market in Asia, as forecasters have rightly predicted, and Taiwan's economy will benefit massively from these investments. The local leaders' willingness to meet and discuss the opportunities for job creation and the development of local supply chains shows that Taiwan is setting the example as a region that’s ready for business and promoting offshore wind development. We are excited to bring business and industry leaders together with local policy makers in one place to facilitate this process." 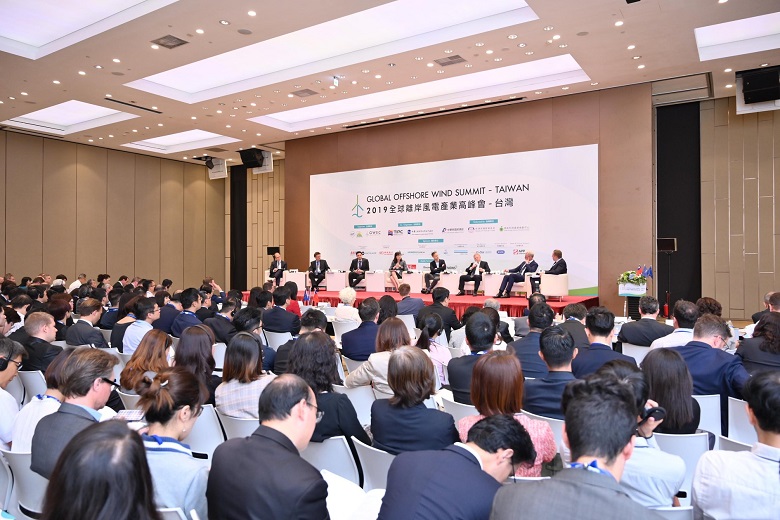 After the opening remarks a CEO roundtable panel discussion was held. Ben Blackwell, CEO of GWEC moderated the panel of high-level CEO’s. Panelists noted that offshore wind has now become mainstream and has the potential to account for a large-scale portion of the energy mix. Now that costs have been reduced to an affordable level, new markets are opening up. 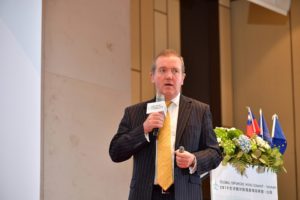 In the afternoon we had 4 different breakout sessions. The first breakout session on Localization of the offshore supply chain was moderated by Alastair Dutton, Chairman of the Global Offshore Wind Task Force, GWEC. The session consisted of 7 speakers who focused on building offshore supply chains in Taiwan, covering a wide range of topics on the manufacturing of turbines and components, underwater construction and O&M investment. The second session on Grid integration and grid-Related Technologies including digitalisation was moderated by Liu Yuin-Hong, System Planning Department Director of Taiwan Power Company. The speakers in the session, companies and experts focused on the following areas grid integration, digitalisation technologies and underwater cable O&M issues.

The fourth and final breakout session on Standardization, Certification and Training Needs in Offshore Wind was moderated by Per Enggaard Haahr, Asia Pacific Regional Manager for Renewables Certification, DNV GL – Energy. This session was designed to investigate issues surrounding standards and certification as well as the challenges for building the local capacities in Taiwan and the region, such as training and recruitment in the project development and O&M phases. 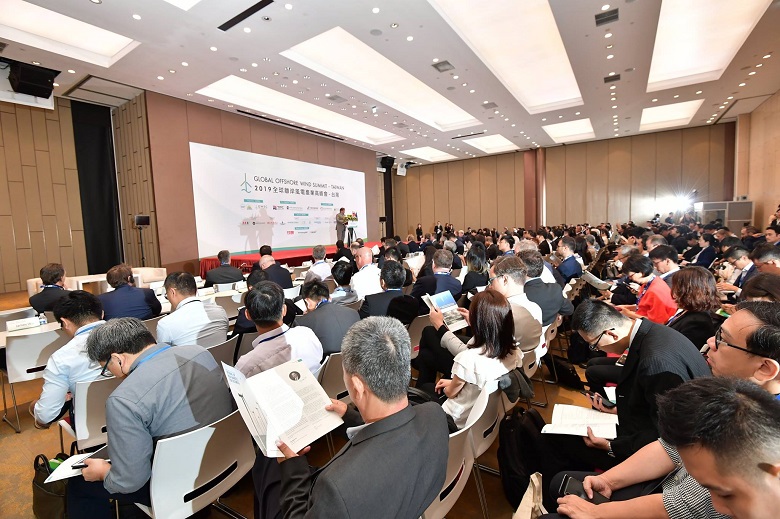 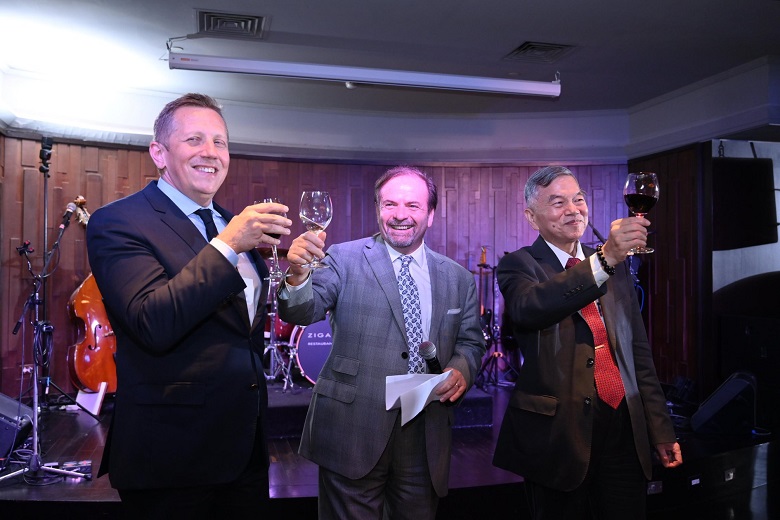 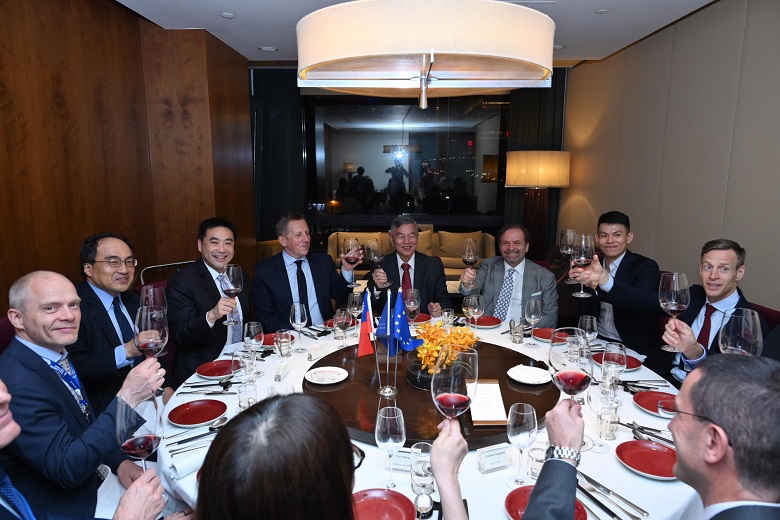 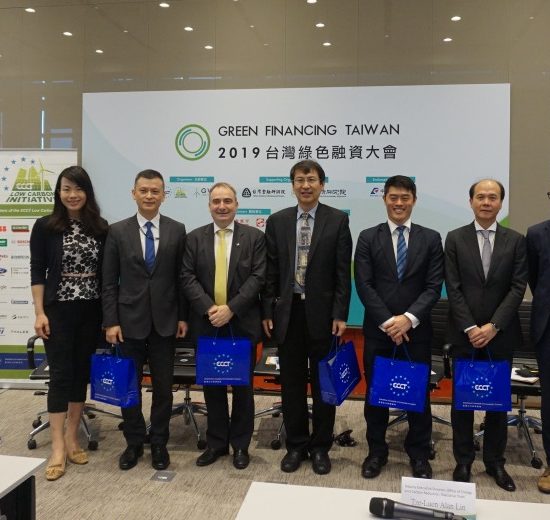