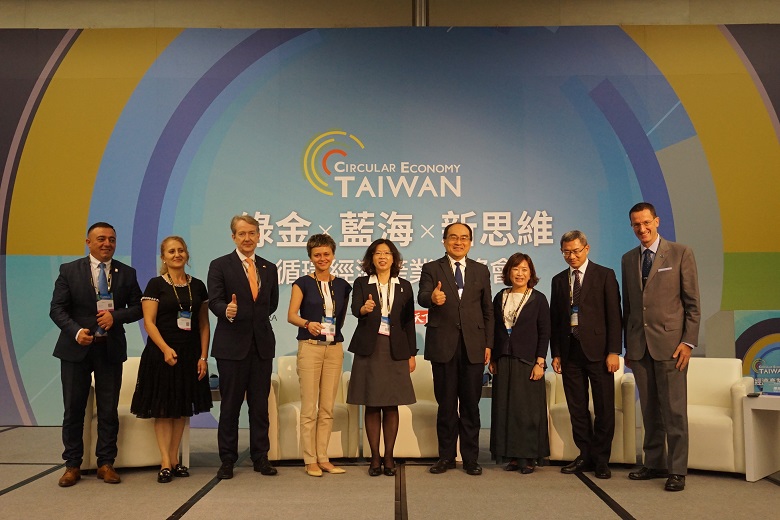 The ECCT's Low Carbon Initiative was a co-organiser of the forum together with the Taiwan External Trade Development Council (TAITRA). The full day forum was part of the Circular Economy Industry Summit, which was held in tandem with the Taiwan International Water Week (TIWW), making it one of the most comprehensive B2B international trade shows focused on the green economy/environmental protection and circular economy in Taiwan. The forum featured opening remarks by Mario Tsai, Vice Executive Director of TAITRA's Exhibition Department and ECCT CEO Freddie Höglund, followed by three sessions on various topics related to the circular economy where presenters shared best practices on transforming global linear economic models into circular ones. 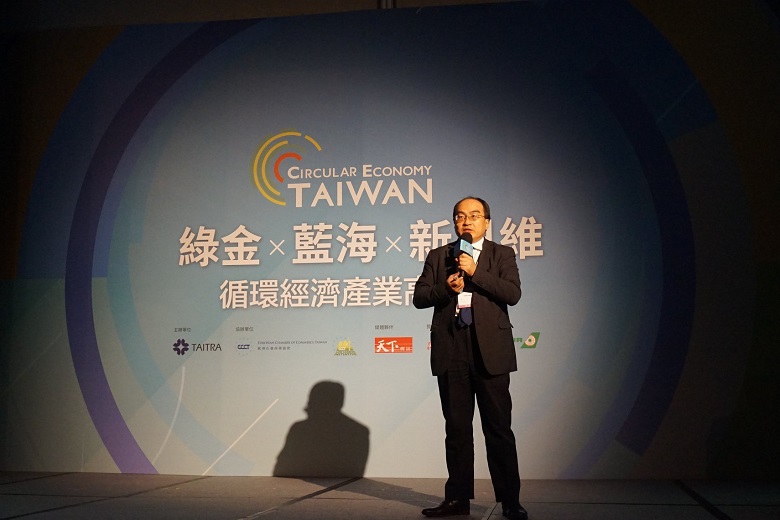 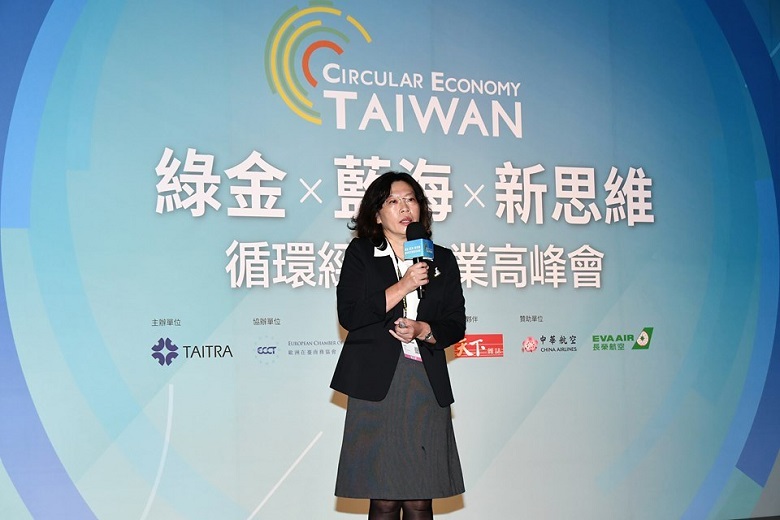 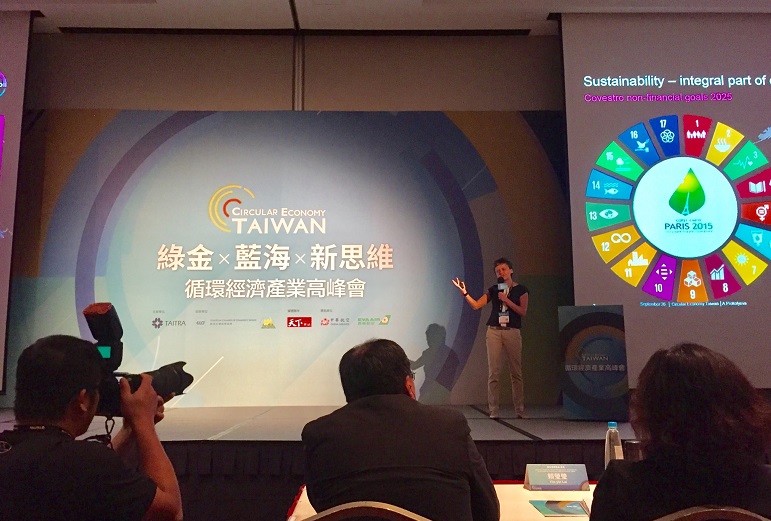 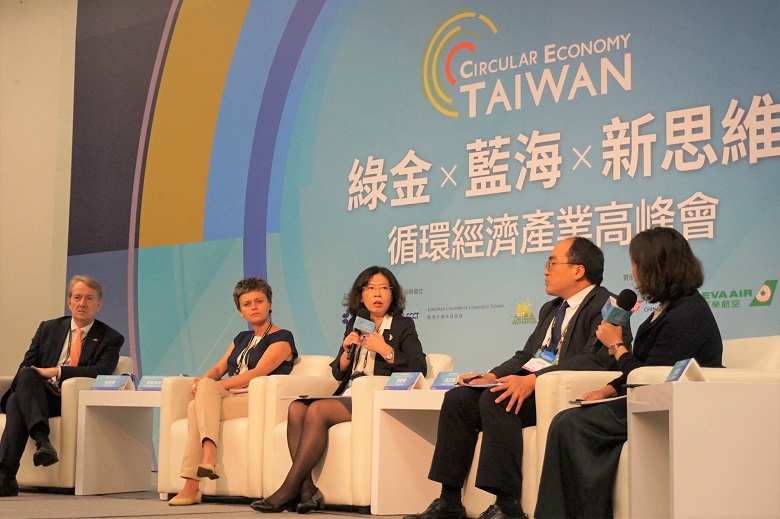 There were two afternoon sessions, the first on the topic of the green supply chain and the second on new energy. Both afternoon sessions featured speakers from LCI member companies, Ikea, Scania and Carrefour. Each session was followed by a panel discussion and Q&A session, open to the audience.

In his presentation Hugo Asplund, Deputy General Manager of Ikea Taiwan, Hong Kong & Macau, spoke about what Ikea is doing to increase the circularity of its business. While Ikea has clear goals, he stressed the point that solving the climate crisis requires collective action. Since 2012, under its People and Planet Positive strategy, Ikea has been gradually reducing its carbon footprint and moving towards circularity. Its overall goal is to become completely circular by the year 2030. On the way to reaching this goal, the company has already met its goal of producing more renewable energy than it consumes, increased to 10% the percentage of its products made from recycled materials and to 60% the percentage of products that are recyclable. But closing the loop completely (and bringing both of these percentages to 100%), will be challenging. Ikea is embracing the challenge by designing its products so that they last longer and also so that they can be easily broken down into their components parts that can be either reused (either in the same product or for a different purpose), refurbished if necessary, or, if not able to be refurbished, recycled. It is also working with partners which can refurbish items or repurpose the components for use in other items and others to raise awareness about the need to eliminate waste in supply chains and develop new business models. 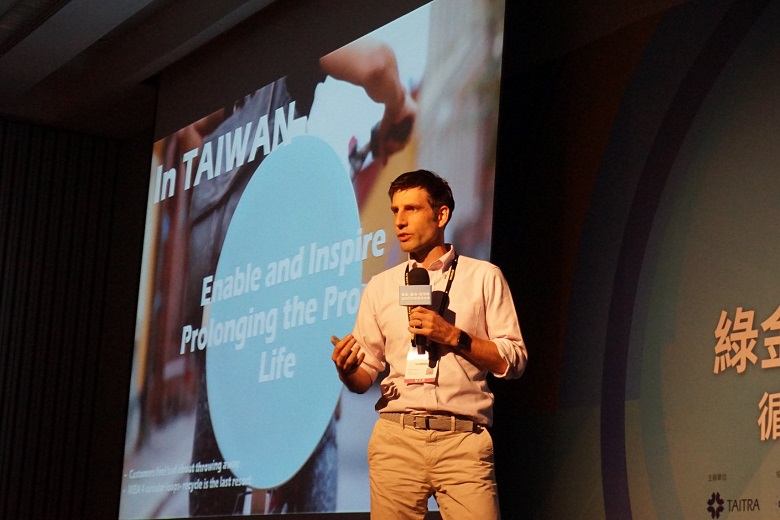 In his presentation David Lin, Business Development Director at Scania, spoke about his company's shifts towards circularity in line with the mobility evolution towards electric, connected and autonomous vehicles. He made the point that electric vehicles can only be considered green if they are charged using renewable energy and that vehicles that run on biofuels may have a lower environmental footprint than electric vehicles that are not charged using renewable energy sources. Another great thing about biogas is that it can be derived from sewage, thereby turning human waste into a resource. For electric vehicles to be successful, charging has to be fast and charging options have to be widely available. One innovative solution for charging trucks is to install overhead charging cables on highways so that vehicles can be charged while in motion. 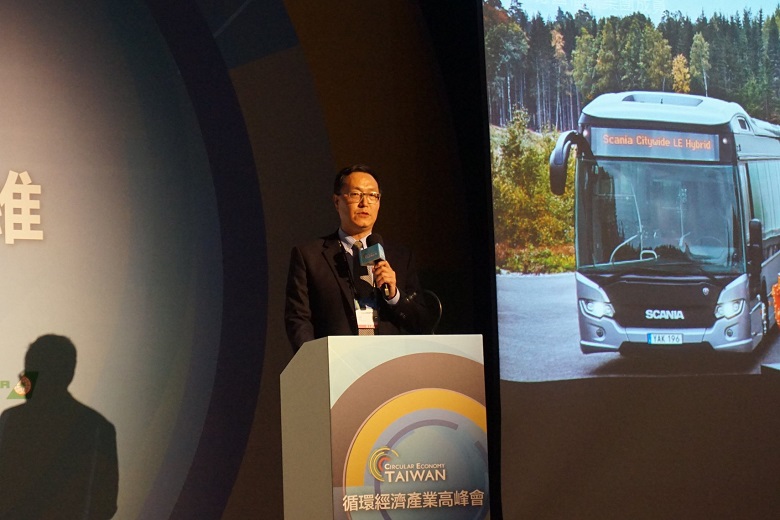 In her presentation, Marilyn Su, CSR and Communications Director at Carrefour spoke about Carrefour's efforts to address the United Nations' Sustainable Development Goals and its commitment to sustainable food by eliminating waste, increasing biodiversity, developing partnerships with stakeholders and taking care of its staff.

Among the company’s high profile activities is the drive towards cage-free eggs. While European regulations mandate cage-free eggs, for animal rights and health reasons, Taiwan has not yet done so. However, Carrefour is ahead of the curve in Taiwan by gradually increasing the percentage of cage-free eggs sold in its stores. It is also working closely with local farmers to provide a larger variety of organic produce, which is beneficial to health as well as the environment. The company is also working with government and local NGOs to set up food banks for the needy. Other initiatives include improving packaging to enable produce to stay fresh for longer and recycling its packaging materials. 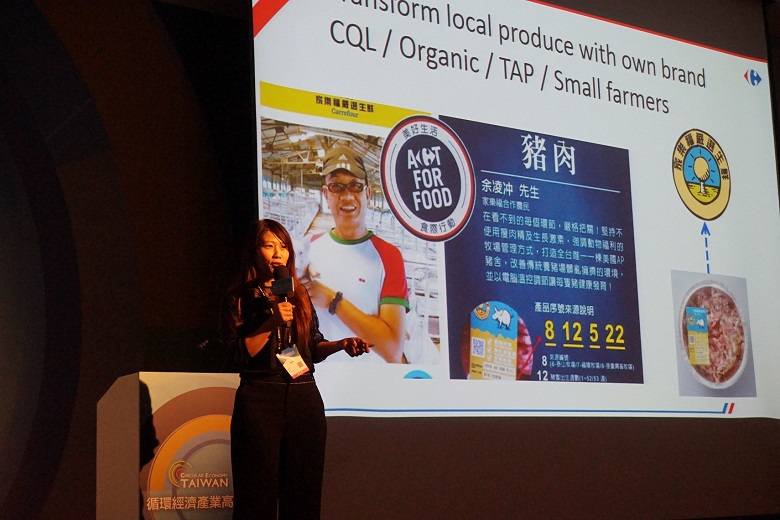 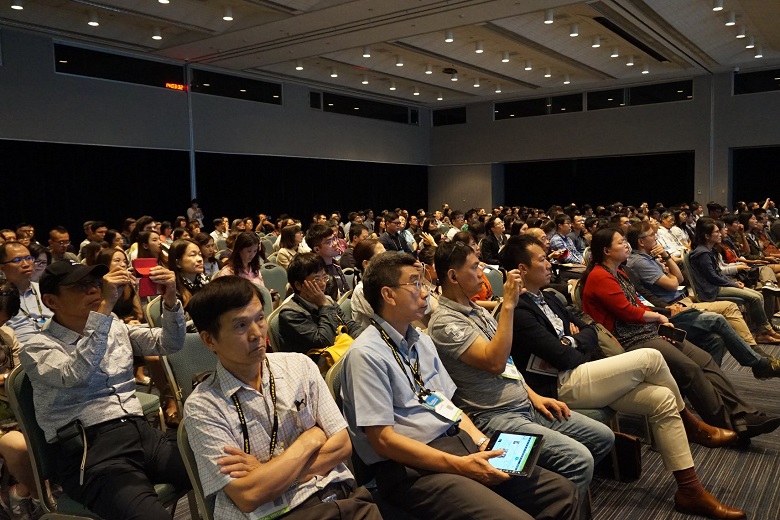 The Opportunities and Challenges of Green Energy Trading in Taiwan 2019台灣國際循環經濟產業高峰會:「綠電交易之商機與挑戰」研討會