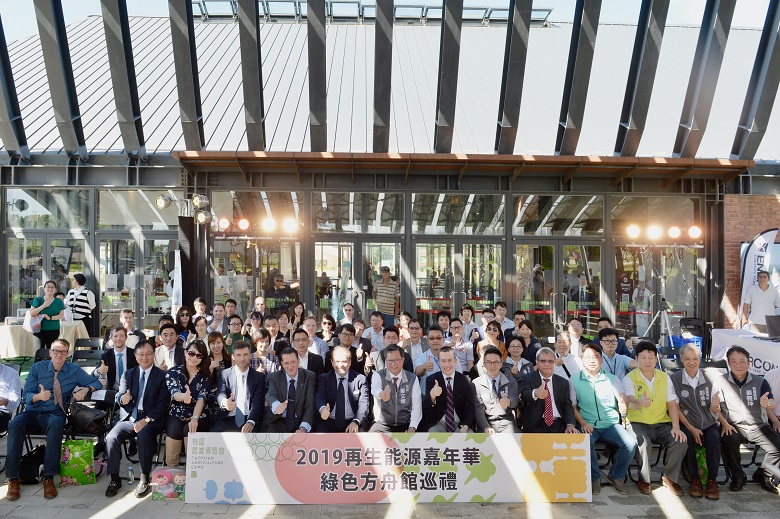 The ECCT's Low Carbon Initiative (LCI) hosted the 2019 Renewable Energy Festival in collaboration with the Taoyuan City Government. The half-day event, held at the Taoyuan Agricultural Park, was part of the 2019 Taoyuan Agricultural Expo. It was attended by senior officials from the Taoyuan City Government, Filip Grzegorzewski, the Head of the European Economic and Trade Office, representatives from European trade offices and senior executives from LCI member companies. The purpose of the event was to raise awareness of the benefits of renewable energy and promote its adoption by demonstrating how renewable energy can be deployed in real life cases. The exhibition was recognised by the Ministry of Interior (MOI) as Taiwan’s first low carbon exhibition, 100% powered by renewable energy, for which it received a Low Carbon Exposition Gold Award. This was achieved by installing 934.1kW of solar and wind electricity generating capacity. The open-air terrace on which the opening ceremony was held was covered by a solar-panelled roof.

In his opening remarks, ECCT Chairman Giuseppe Izzo made the point that the world is on the brink of a climate crisis that would cause a cascading effect of extreme weather events, plant and animal extinctions that threaten the survival of the planet. Given that electricity generation is the largest source of carbon emissions globally, switching from fossil fuels to renewable energy for electricity generation is one of the most impactful ways to cut carbon emissions and pollution. Taiwan has started to adopt renewable energy but still has a long way to go. According to 2018 statistics from Taiwan Power Company, 38.8% of the Taiwan’s electricity was generated by coal-fired power plants, 38.6% by natural gas power plants, 11.4% by nuclear power plants, and only 4.9% from renewable resources. However, the renewable energy percentage is expected to rise steadily as the first of several offshore wind parks come on line later this year and the capacity of onshore wind and solar continues to rise. By demonstrating real examples of renewable energy in action, Izzo said that the intention was to show how renewable energy is not only good for the planet but that it is also an efficient and cost-effective solution for many industries. In this way, the intention is to promote the adoption of renewable energy solutions in Taoyuan and all across Taiwan. 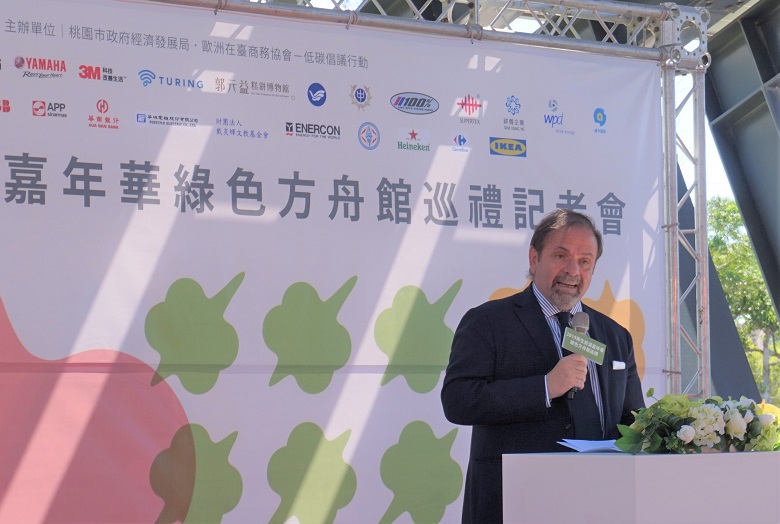 ECCT Chairman Giuseppe Izzo, is giving his remarks about the importance of green energy development

In his remarks, Mayor Cheng said that Taoyuan has made great progress towards improving sustainability. This included a 22-fold increase in the installation of renewable energy capacity since he took office. According to the mayor, the exhibition was actually generating more energy than it was using. He also cited the large increase in onshore wind energy capacity already in place and plans underway for offshore wind parks off the coast of Taoyuan. He added that Taoyuan was also No. 1 in Taiwan for the number of electric vehicles (cars, buses and motorcycles). The mayor concluded by saying that the expo would be visited by local and foreign visitors, including groups of students. In this way, he said he hoped that the expo would serve as a good example of sustainable living and development for the next generation. 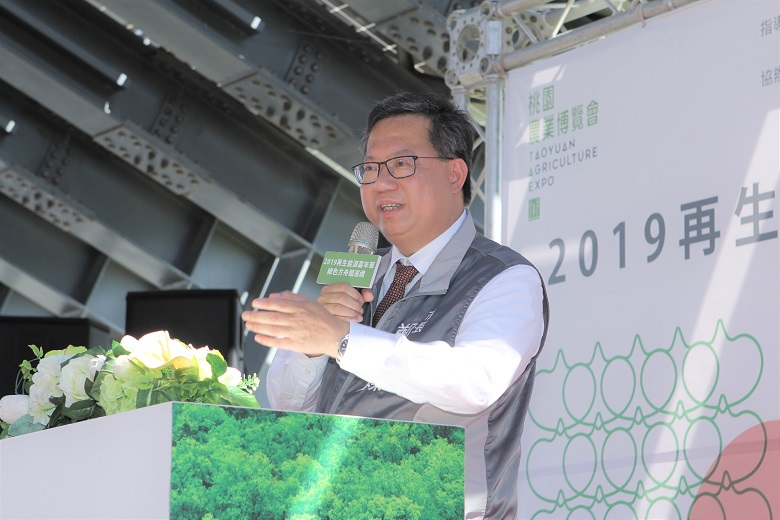 The Taoyuan City Government was motivated to cooperate with the ECCT’s LCI to arrange the festival by recent legislative changes. Amendments to the Renewable Energy Development Act, passed on 12 April 2019, set a goal for Taiwan's renewable energy sources to reach a total capacity of 27 gigawatts by 2025. The changes stipulate that local governments should gauge the possibility of developing renewable energy sources in their jurisdictions in cooperation with industry. The city chose to cooperate with the ECCT because of the LCI’s reputation and track record as a champion of promoting low carbon and sustainable development in Taiwan as well as the ECCT’s leadership in promoting renewable energy through its committees, especially the Wind Energy committee, which includes members from the world’s leading wind energy developers and suppliers. 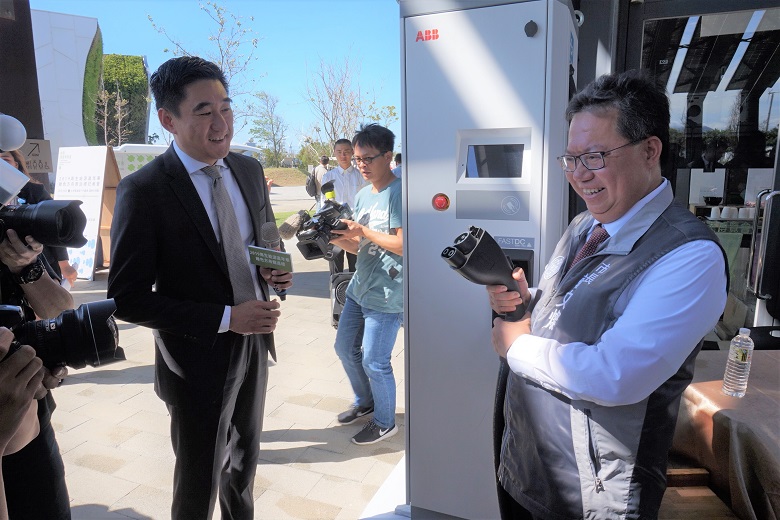 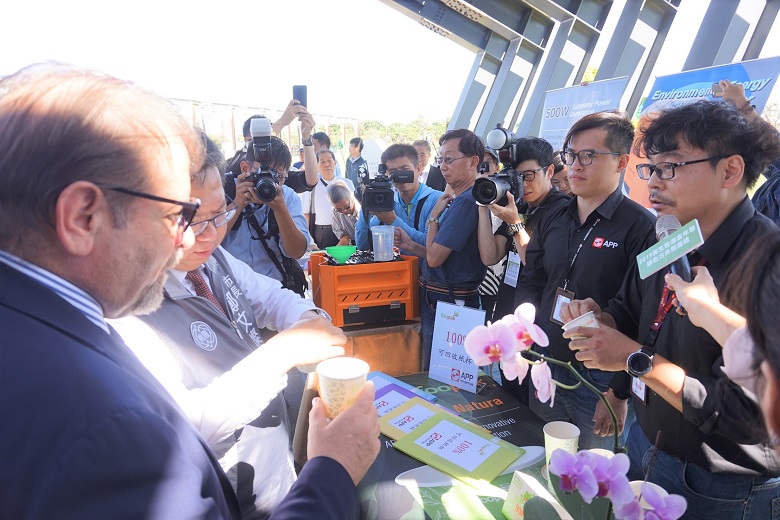 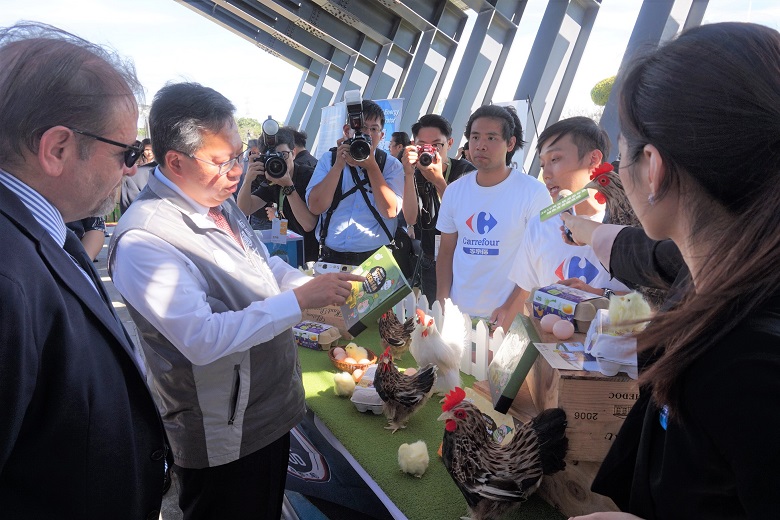 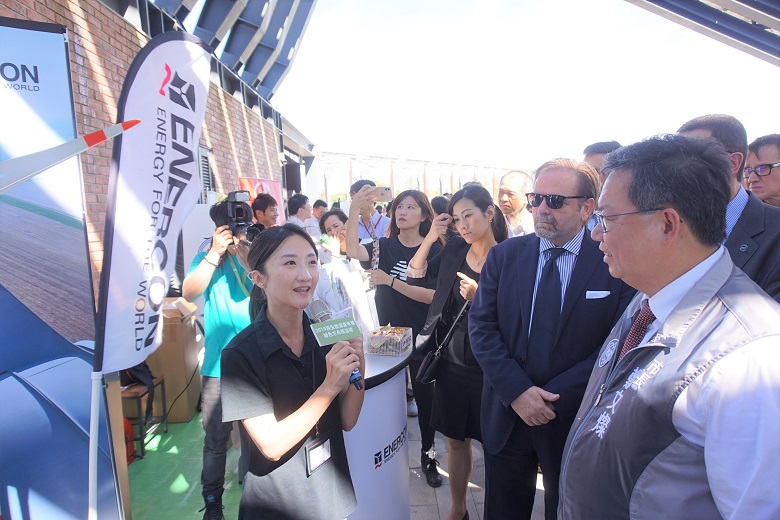 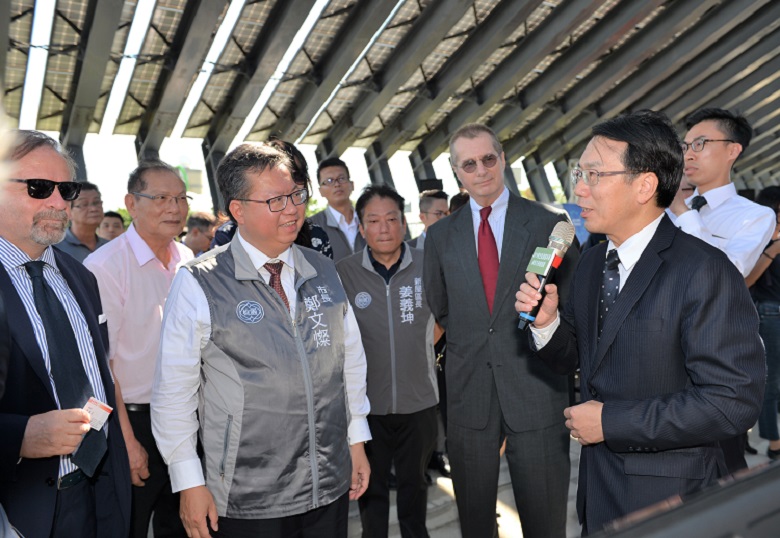 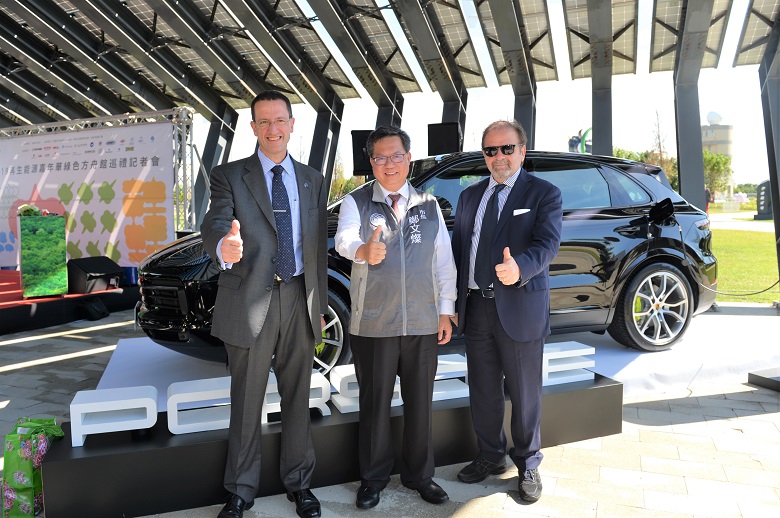 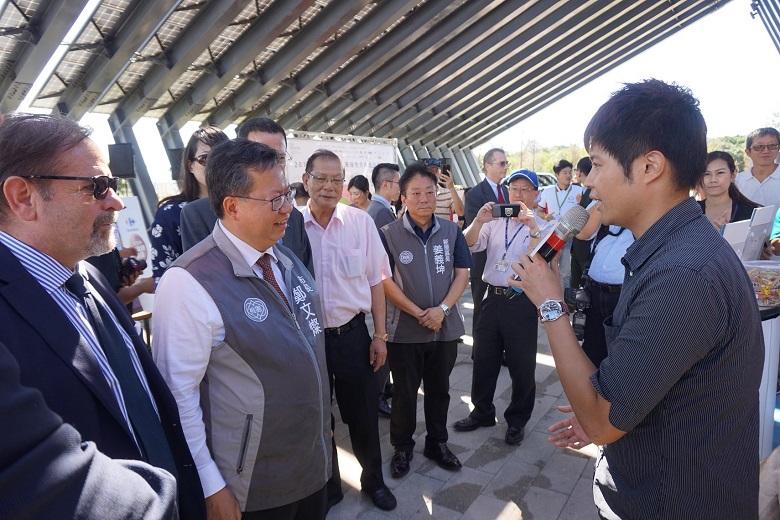 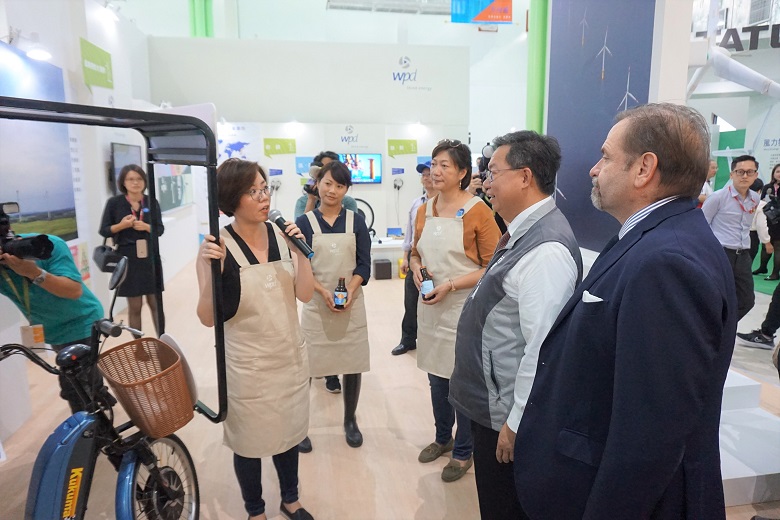 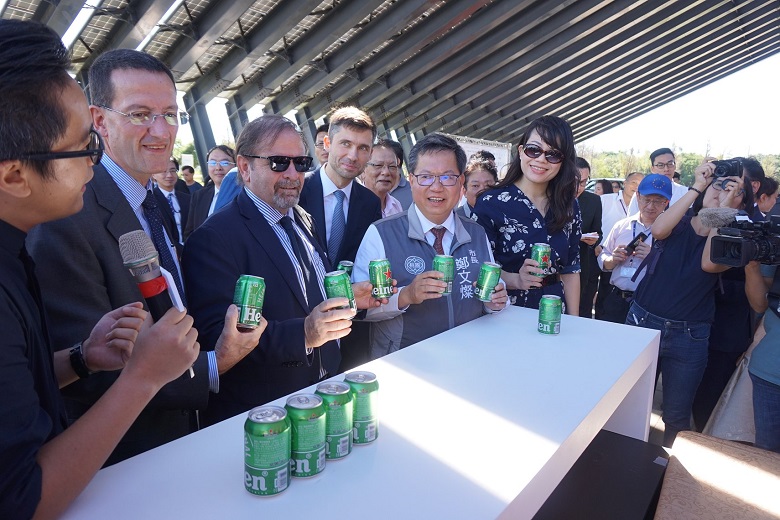