The Taipei European School arranged an event together with the ECCT's Education committee on the subject of mental health in adolescents. The speaker, Dick Moore, is a parent of four children and was formerly a headmaster for almost 23 years. In recent years he has embarked on a mission to discover more about what makes young people tick and what he could or should have done during the challenging times. He has spoken at over 350 schools, universities, businesses and conferences both in the UK and overseas, including Japan and South Korea. At the event Moore gave a presentation to parents on the subject of adolescent mental health and wellbeing. He discussed the challenges faced by teenagers and strategies for dealing and coping with these challenges.

Moore began by talking about some of the challenges of raising four sons. One of his sons did not follow the well-worn path of getting qualified and getting a job. He says that he used to be concerned about this but now has simply accepted it and is content as long as his son is happy. Another of his sons has what he called “bouncebackability” - the knack of being able to put bad things behind him after a very short time and to remain optimistic. Another of his son was bright and seemed generally okay most of the time, but was sometimes prone to anxiety. When his girlfriend dumped him, he plunged into despair and spent weeks trying to get her back. Then, after six weeks, when he realised that he would not be able to get her back, he took his own life. When Moore first heard the news, he could not accept it. He had been able to help other people throughout his career but wondered why he had not been able to help his own son. He then spent some time on training courses to learn more about mental health issues and has since been spending much of his time giving talks about his own experience.

It is not possible to be happy all the time and many people are able to handle their down moods. However, a significant percentage of people fall into such deep levels of depression that they are not able to break out of it without help. Moore noted that sometimes parents are not in the best position to help because they are too emotionally involved. But the problem of depression is serious because it has a real impact on the lives of the sufferers. Adolescents, in particular, can suffer a drop in performance of up to 30% if they are depressed. This could have a serious impact on their academic performance and future job prospects.

Around 45,000 Taiwanese took their own lives over the past fifteen years and mental health services are relatively underdeveloped in Taiwan. Like in many other countries, it is likely that statistics are not accurate given that a lot of people who are suffering do not seek help. Extrapolating on global average figures it is likely that 2 million adults and 12% of adolescents in Taiwan suffer from depression but only a small portion of them get help.

Extrapolating on average global figures, a significant number of adolescents are likely to be overly stressed, and suffer from mental health problems.

It is a natural instinct for parents to want to help and nurture their children by providing a safety net and shielding them from difficulties. However, if children are not sufficiently exposed to challenges, they may be ill prepared to deal with difficulties when their parents are not around to help them. Moore said that this explained why some otherwise high performing kids fail when they get to university. While being dumped by one’s girlfriend is not uncommon, Moore’s own son was obviously not properly equipped to deal with trauma and did not seek help when he most needed it. Parents tend to try to remove all obstacles to make life easy for their children. However, doing this does not equip them to deal with difficulties. There has to come a time when parents have to back off. He gave an example of parents interfering when their child had been dropped from a sports team for misbehaving. Rather than the parents taking the matter up with the coach, the child should be advised to apologise to the coach and ask what he could do to get back on the team.

Everyone suffers some degree of stress and anxiety and a little stress and anxiety is actually good to get people motivated to prepare for exams or other challenges in life. However, when stress reaches a certain level, it can become destructive and debilitating. It is difficult to know the exact tipping point level, since it is different depending on the person but it is very common for parents to push their kids too far [especially in Taiwan]. Moreover, some kids give themselves too much pressure. The right balance has to be found. Kids have to be allowed to breathe and pace themselves.

The phenomenon of self-harm tends to affect girls more than boys. Many do so because it generates endorphins instantly, which releases tension or eases emotional pain and produces a feeling of momentary calm, although it is of course only temporary. We all need ways to release emotion. When Moore’s son died he was devastated. His son put together a selection of music for his own funeral. When playing it, he cried, which gave him a kind of emotional release. There are many other ways to relieve emotional stress, such as doing exercise or simply talking to someone. Even overachievers can self-harm. He gave an example of a student who was successful in everything she did, popular and well-liked. What could drive her to self-harm? It turns out that she did it because there was so much pressure on her to perform perfectly in every activity. She was under so much pressure for being put on a pedestal. Cutting herself was like taking a deep breath after she had been holding her breath for a long time. Ultimately she was able to overcome the problem by talking to her someone and being allowed some breathing space from the pressure.

We use the word depression too loosely. It is far beyond being down, which is common for all people. Depression is a state so dire that the sufferer is not able to deal with it on their own. How does one tell if someone is suffering from real depression? There are several warning signs: if it has been going on for several weeks; if the person is no longer engaged or taking part in activities they used to enjoy, they are showing no interest in their hobbies, if the quality of their work has deteriorated of if deadlines have been missed. If the person’s behaviour ticks these boxes, it is time to seek professional help.

The speaker gave some tongue in cheek tips for parents:

Moore also recommended that parents assess their own weaknesses and work on trying to improve the weak areas.

On the subject of social media, Moore admitted that this is an extremely difficult subject to deal with. According to one estimate cited by Moore, 52% of teenagers are awoken by a social media message in middle of the night. Many of them are subject to bullying on social media. Taking away devices from teenagers is obviously not feasible, but dealing with excessive use of devices and bullying are very difficult problems that need to be dealt with.

Male depression is underreported because men tend to hide their feelings. But when they fall, they fall hard. Depressed men are also more likely to successfully follow through on suicides.

We have to realise that we are all vulnerable and that it is not a sign of weakness to admit vulnerability. We need to change the whole idea of “manning-up”. We also need to prepare for failure. While some people are loathe to admit is, we are all failures to some extent since no one is perfect. We need to get kids ready for when things don’t go according to plan.

Moore concluded that life has many parts, some good and some bad. But we must never lose sight of the good parts. During our stormy periods, we have to remember that the storm will eventually pass. All the good stuff in your life will still be there. One of the main reasons Moore is still doing what he does is that he had good therapy. This taught him that however, black the storm is, the sun is out there. If you lean on your friends and family, you will get through it. For Moore himself, he feels that if he helps just one person, it is a silver lining to his family’s tragedy. 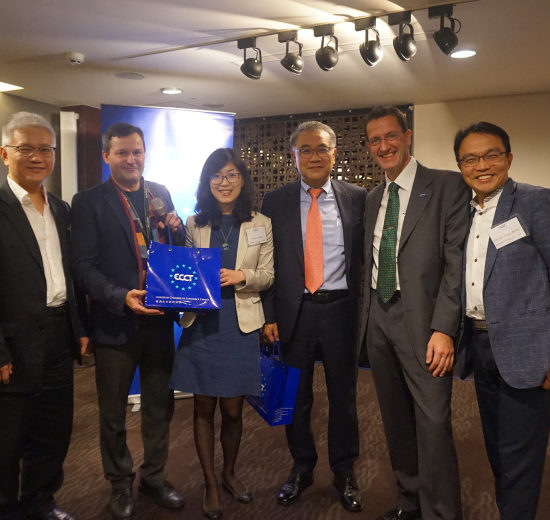