ASML and the future of Taiwan’s electronics industry

Taiwan’s electronics industry has helped to keep Taiwan’s economy roaring over the past two years despite the global coronavirus pandemic. Taiwan’s leading position in the global semiconductor industry has been central to this development and ASML’s leading edge technology has played a crucial role. As line width in semiconductor chips becomes narrower, critical manufacturing equipment, — lithography machines featuring a higher degree of accuracy — will be required. Extreme ultraviolet (EUV) lithography requires a 13.5 nanometre (nm) light source, which is a great hurdle for semiconductor equipment manufacturers. Of the three major lithography machine suppliers in the world today, ASML has the largest market share of over 80% and is the only one with the technology to provide the most advanced EUV lithography machines, capable of manufacturing semiconductors with a 7nm mode or under. The company is about to expand its R&D capacity in Taiwan to further improve the machines in the future. A new Parts Replacement Center will be located in Taiwan, thus making Taiwan a manufacturing base for EUV components and parts, more and more of which will be manufactured in Taiwan.

At this event, our guest speaker will give an overview of the role ASML plays in advanced semiconductor manufacturing and the overall electronics supply chain, its operations in Taiwan and future development plans. This will be followed a panel discussion involving experts in Taiwan’s semiconductor and electronics industry to discuss the challenges and future prospects for industry development.

Established in 1984 as a joint venture between ASMI and Philipps, ASML today employs 25,000 staff worldwide, including 14,000 at its headquarters in the Netherlands, and 2,500 in Taiwan. ASML’s expansion of its investment in Taiwan can be traced back to its acquisition of Hermes Microvision (HMI), which allowed ASML to incorporate HMI’s advanced electron beam inspection technologies into its EUV lithography machines, significantly improving the exposure accuracy of the equipment to less than 5 nm. The M&A deal also increased the total amount of ASML’s investments in Taiwan and strengthened its connections with local suppliers. ASML today has five operation bases in Taiwan. The company has established training facilities in Taiwan to serve global lithography machine users and provides a refurbishment service for used machines to extend their service lives.

Tony Chao is the Senior Managing Director of ASML’s Center of Excellence (ACE) in the Linkou District of New Taipei City, which has a number of operations such as manufacturing, development & engineering, sourcing, industrial engineering, global training, equipment support, logistics, and applications services. Chao initially joined ASML in June 2005 as the Customer Support Director for China. Later he became the director to build and run ACE. Prior to joining ASML, he was the General Manager of BOC Edwards in Taiwan, a British based semiconductor chemical and gas solution provider in systems and materials. Before BOC Edwards, he was the Vice President of Sales and Marketing of Ashland Union Electronic Chemical Corporation, a joint venture between Ashland Chemical in the USA and Union Petrochemical Corp. in Taiwan, serving the semiconductor materials industry. Tony Chao has a Bachelor of Science degree in aeronautics and astronautics from University of Washington in Seattle. He also attended the Executive Development Program at the Northwestern University, Kellogg School of Management.

Please note that participation may be limited based on Covid-19 restrictions at the time of the event.
To cancel without penalty, written cancellations must be received 24 hours prior to the event. 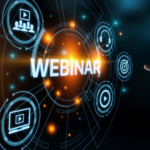