The ECCT's Low Carbon Initiative (LCI) invited Ethan Tu, one of Taiwan's early tech pioneers, to give a speech at a lunch to coincide with its mid-year meeting. The event was held at the Taiwan headquarters of Tesla. Also at the event, Yvonne Chan, Country Director, Korea & Taiwan at Tesla, shared insights about Tesla's vision for the future of e-mobility as well as some of Tesla's other solutions such as solar roofs and electricity storage.

In her presentation, besides Tesla’s vehicle models, Chan introduced the company’s solar roof and energy storage solutions. The company has designed roof tiles that double as solar panels to generate energy as well as solar panels and a wall-mounted home battery back-up system that stores energy for use at any time. 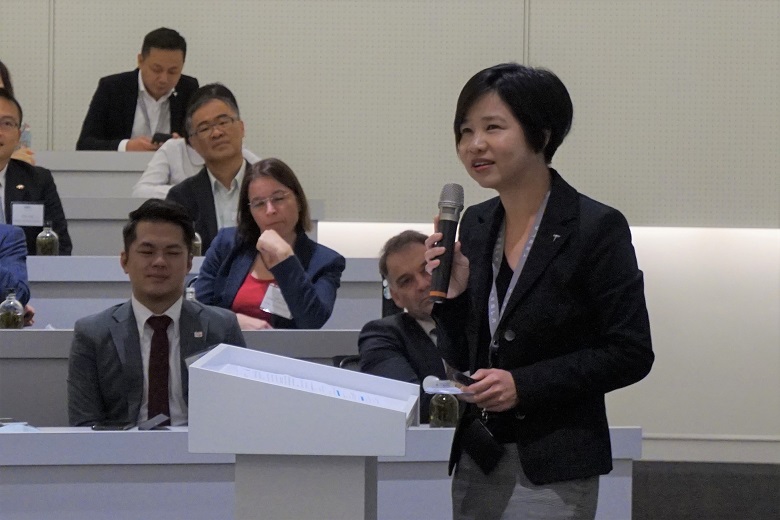 Yvonne Chan, Country Director, Korea & Taiwan at Tesla, is sharing insights about Tesla's vision for the future of e-mobility 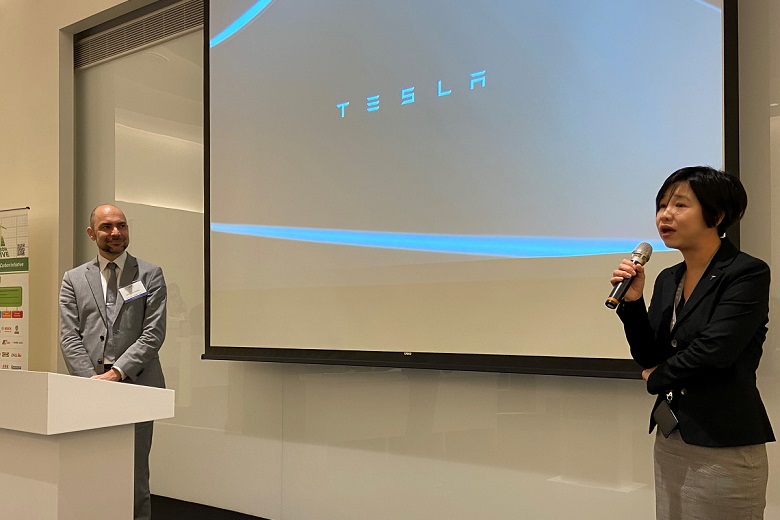 In his presentation, Tu began with an introduction to PTT.cc, the largest terminal-based bulletin board system based in Taiwan, which he introduced in 1995 and, in 1998, the social network for Yam.com, the same year Google was founded and a full six years before Facebook. In 2003, he joined the National Health Human Genome Research Institute (NHGRI) in Washington DC, as Program Lead for the Human Genome Project, before moving on to work for Microsoft as a Principal Development Manager in 2006, where he worked for 11 years. In 2017 he founded Taiwan AI Labs, a privately-funded research organization based in Taipei which focuses on healthcare, smart cities and human interaction. 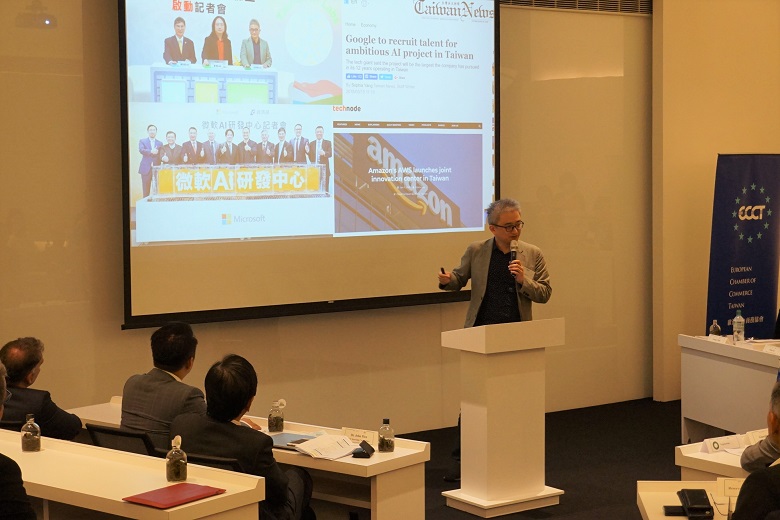 Ethan Tu, the founder of Taiwan AI Labs, is elaborating the AI applications on building the future smart cities

Tu said that what sets his projects apart from those of US-based giants, is that they are not-for-profit and adopt a collaborative approach with multiple partners to work on projects that benefit humankind, rather than exclusively for either enterprises or governments. He made the point that all projects are on open platforms and algorithms are transparent and therefore subject to public scrutiny.

He said that while Taiwan is well-known for its computer hardware expertise, there is also a lot of talent in the software field, although many Taiwanese software engineers have found work overseas or for local hardware companies. However, this is changing along with market dynamics. As Tu described it, the first tech era was centered around the PC and the second by mobile internet. We are now entering the third era, which will be centered around AIOT and 5G. In the new era, according to Tu, hardware will be given away free and service providers and owners will become the dominant players.

Tu went on to talk about some of the projects he is working on. Precision medicine is one area where Taiwan has a great advantage given its universal healthcare system and huge amounts of data collected since Taiwan's national health insurance system was established 25 years ago.

Tu said that it is possible to determine if a person has Covid-19 by using an X-ray and that confirmation by X-ray can actually be done faster than a polymerase chain reaction (PCR) test. He also talked about malaria diagnosis using AI, that had made use of and uploaded knowledge from Taiwan's last remaining malaria expert before she retired. This will enable her knowledge to be accessible and built on in future. Among other subjects, Tu also talked about speech recognition software and using AI to detect fake news and new advances in creating digital models. 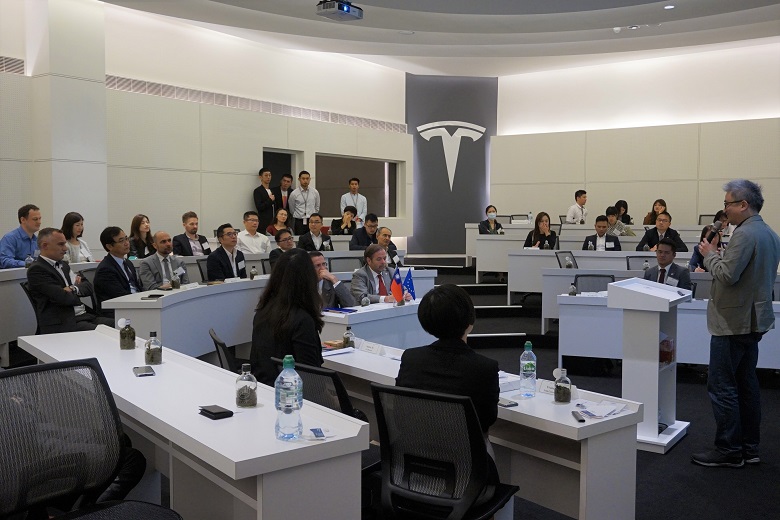