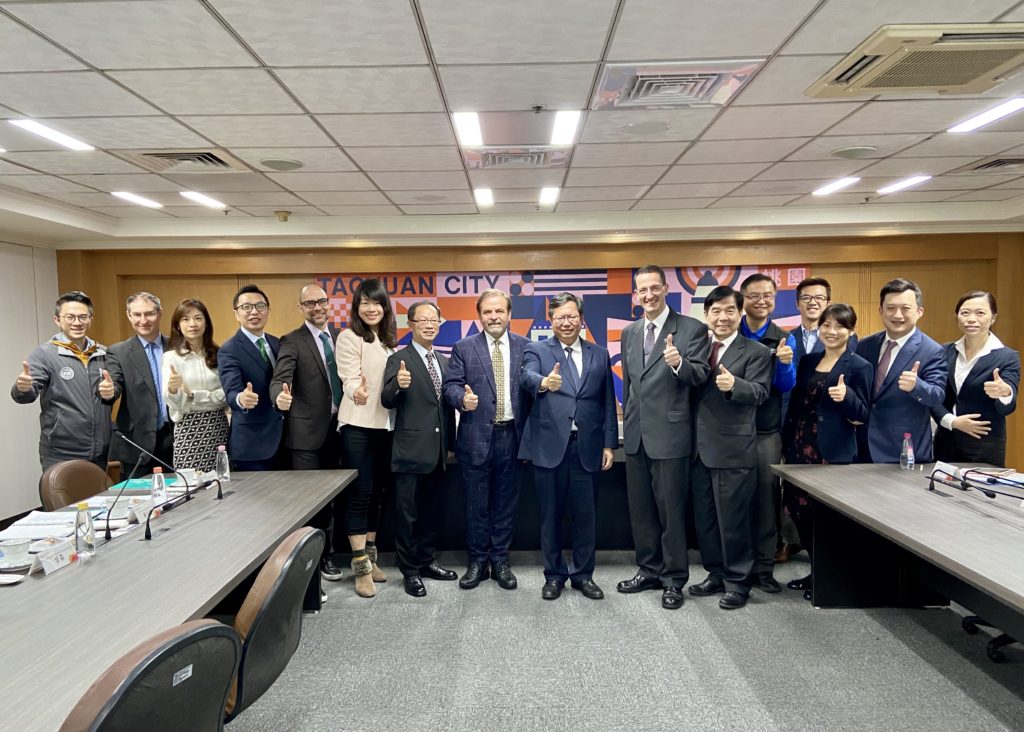 An ECCT delegation led by Chairman Giuseppe Izzo and CEO Freddie Höglund visited Taoyuan Mayor Cheng Wen-tsan and senior officials from the Taoyuan City Government at Taoyuan City Hall. The meeting was held to discuss ongoing cooperation between the city government and the ECCT, particularly the ECCT’s Low Carbon Initiative. 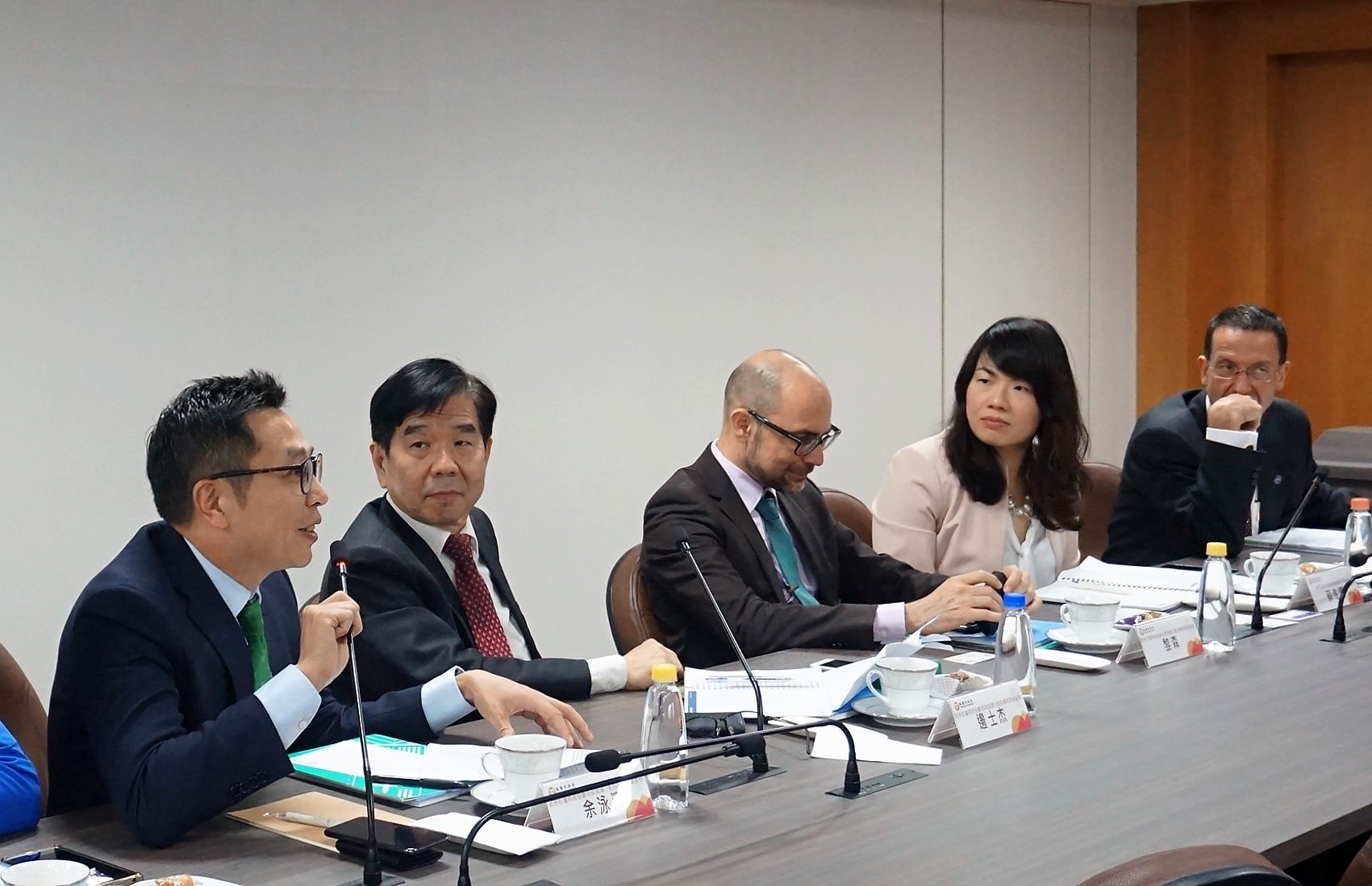 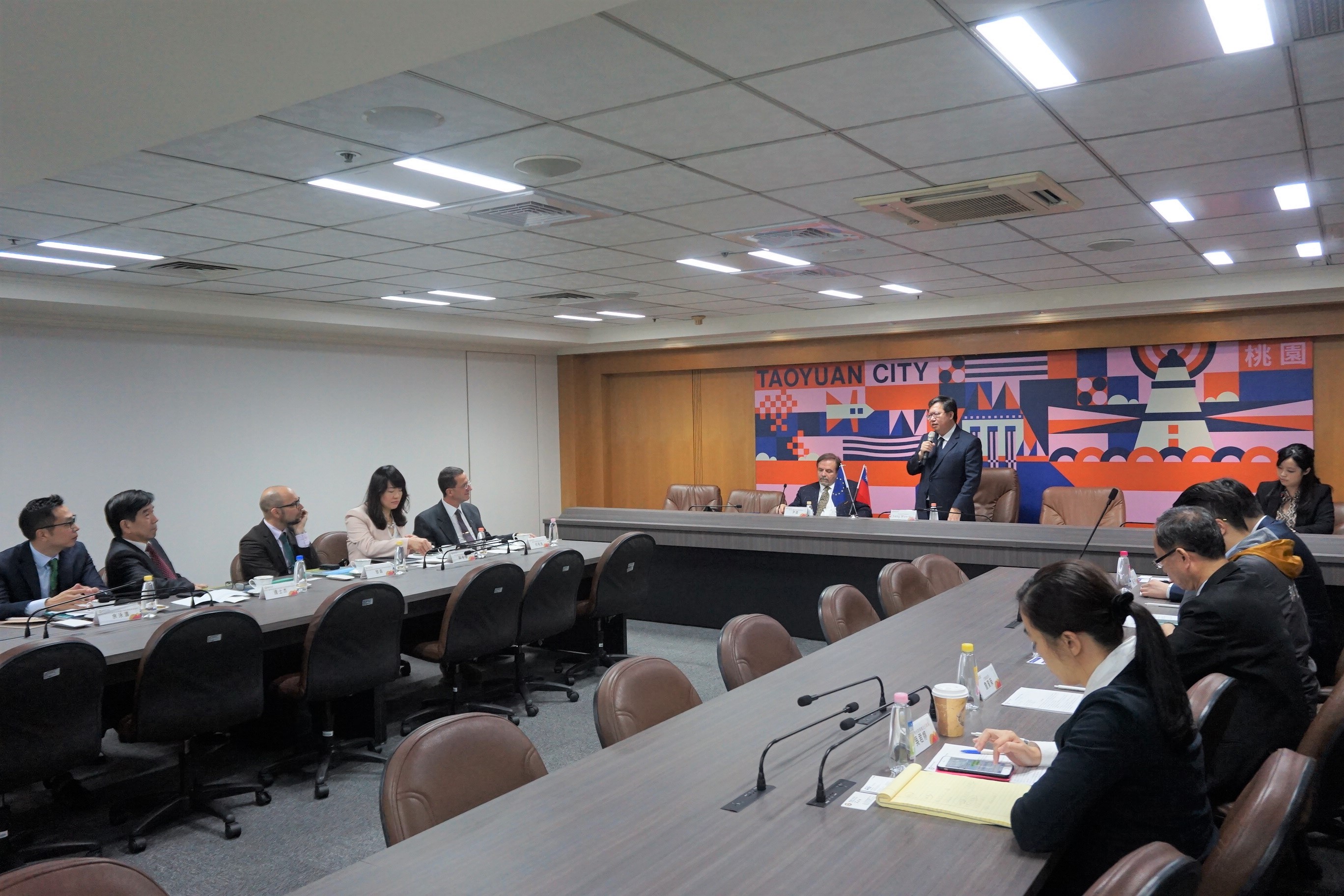 Mayor Cheng Wen-tsan is elaborating on future opportunities in Taoyuan

At the meeting, Chairman Izzo gave a short update of the chamber, after which delegates discussed future cooperation with the mayor and other officials present. The chairman also invited Mayor Cheng to attend, as a guest of honour, the second Global Offshore Wind Summit to be held in Taipei in October. Last year Mayor Cheng attended the first summit and gave a keynote speech. Mayor Cheng and city officials have also agreed to participate in the ECCT's forthcoming forum on the subject of sustainable development goals.

In his opening remarks, Mayor Cheng expressed willingness to continue cooperation with the ECCT to help Taoyuan make further progress towards meeting its goals to become a low carbon city, promoting green technology and a sustainable way of life. He noted that Taoyuan was a leader in low carbon industries, including electric vehicles as the city is the home of Gogoro, Taiwan's EV scooter maker and EV battery-swapping network developer. Chairman Giuseppe Izzo added that Taoyuan is also home to some 150 global champions in a number of industry sectors. 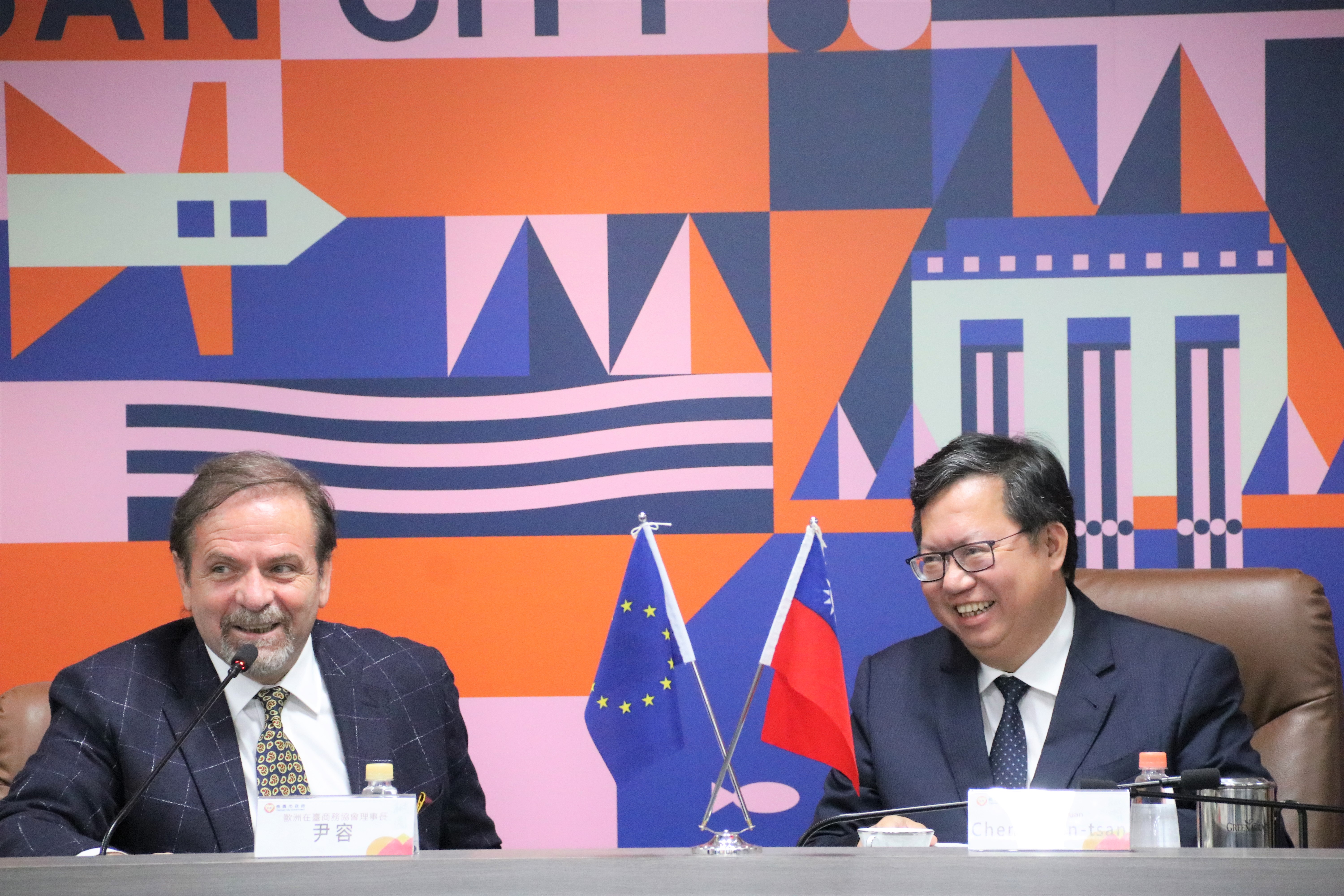 The mayor reported that the city is cooperating with ICLEI, the Local Governments for Sustainability global network of more than 1,750 local and regional governments committed to sustainable urban development, on an eco-logistics programme. The programme aims to improve the sustainability of the logistics industry, which is very important for Taoyuan as it is home to hundreds of logistics companies that transport and deliver goods for import and export to and from Taoyuan's international airport and nearby ports.

In the discussions that followed Mayor Cheng agreed to cooperate with the ECCT to develop the wind energy industry by helping to connect developers with potential suppliers in Taoyuan. He also highlighted other sectors with great potential for further development in partnership with European companies, including clothing, electric vehicles and auto parts.

He expressed the hope that European expertise could be employed in Taoyuan to help the manufacturing industry to upgrade. The mayor also announced that the city is developing a biomass facility to convert kitchen waste into energy in the city. 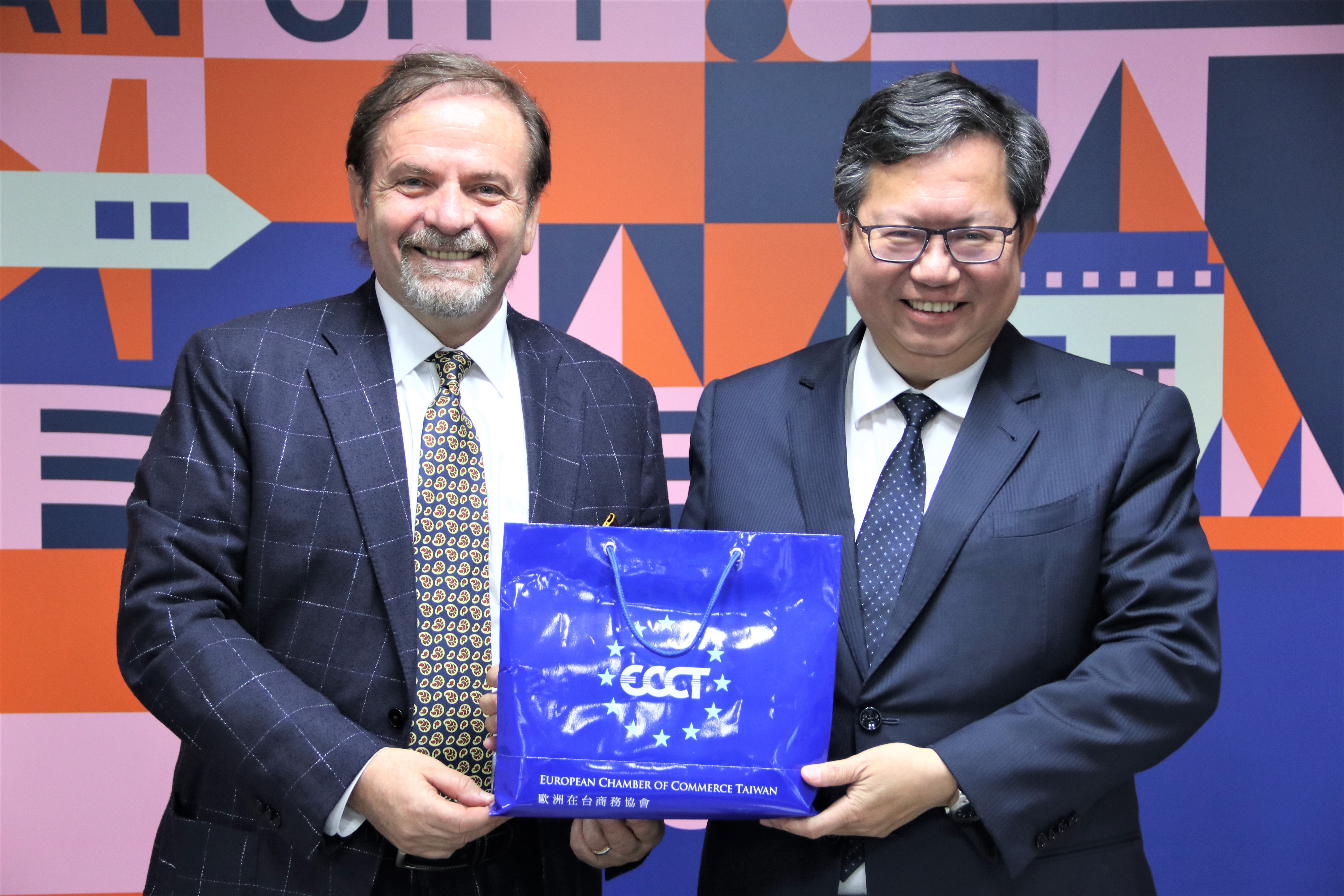