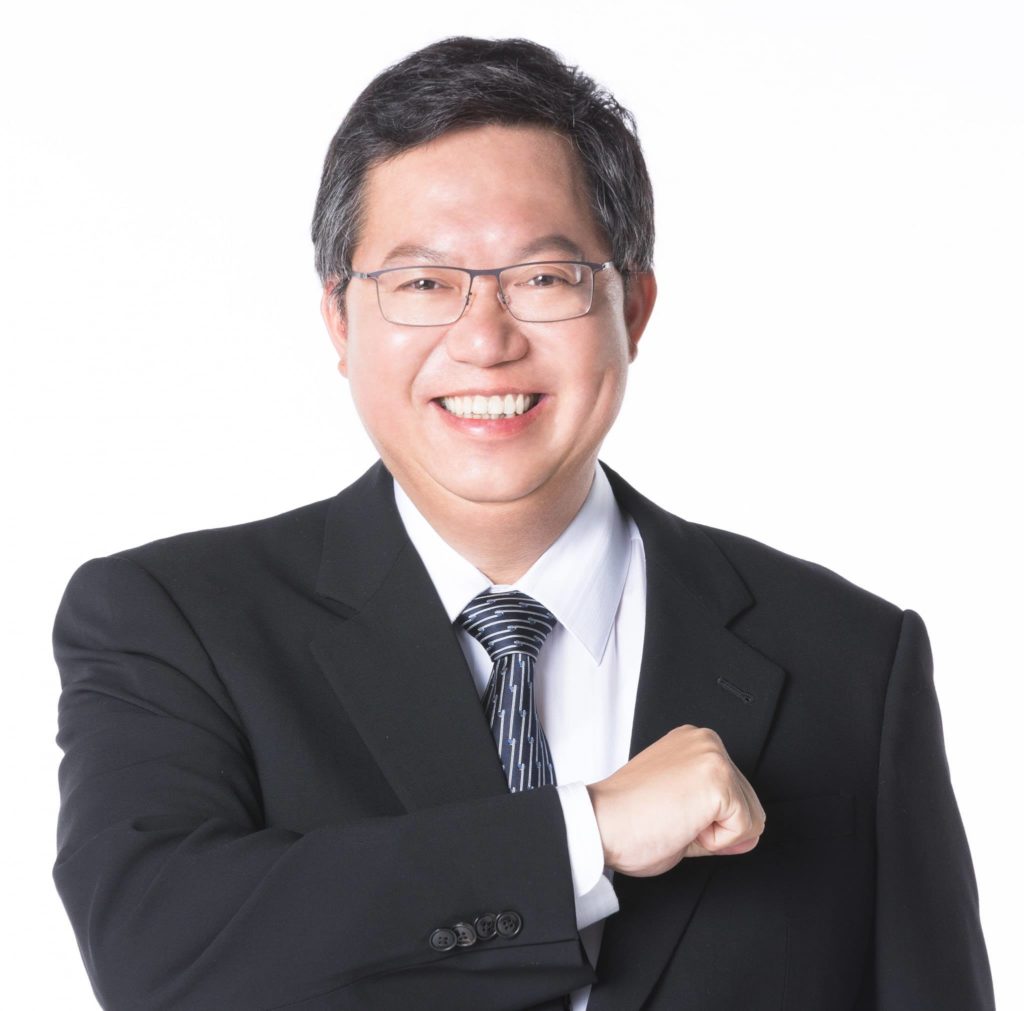 The ECCT on 3 Nov. will hold a Premium Lunch with Taoyuan Mayor Cheng Wen-tsan 鄭文燦市長 at the Novotel Hotel from 12:30-14:00.  Before the Lunch, Mayor Cheng and his executive team will meet with the LCI to discuss two sustainability topics: eco-logistics, eco-mobility, and green supply chain in Taoyuan.  The meeting will take place 11:00-12:20, venue next to the lunch, inviting 20-25 LCI members of executive position to join.

With a population of 2.26 million, 32 industrial parks and home to the Taiwan Taoyuan International Airport (TTIA), Taoyuan is the gateway to Taiwan for international visitors and trade. Linked by a comprehensive transport network comprising a convenient highway, high-speed rail and airport metro system, Taoyuan provides speedy and efficient connections to Taipei Port, New Taipei and Taipei City, making the city the hub of Taiwan’s international travel and logistics industries. With an annual industrial output of NT$2.9 trillion, Taoyuan’s industrial development in manufacturing sectors ranging from electronics and electrical equipment to automotive, pharmaceuticals, chemicals and industrial mechanical equipment.

The Taoyuan City Government is currently proceeding with expansion plans for TTIA under the Taoyuan Aerotropolis project, which includes building a third terminal and third runway. The city is also planning nine new industrial parks, of which Shalun Industrial Park in Dayuan District will be completed in 2021.

This event has been arranged as part of the ECCT’s ongoing cooperation with the Taoyuan City Government and Mayor Cheng, following several meetings this year, his attendance and keynote speech at the first offshore wind summit in April 2019 and the ECCT LCI-Taoyuan City Government jointly hosted renewable energy festival in October 2019 at the Taoyuan Agricultural Expo.

At this event, Mayor Cheng will share plans and introduce business opportunities related to the development of TTIA and the greater Taoyuan area, after which a Q&A session will be held where members can raise questions or discuss issues of concern. A full delegation of Taoyuan City Government officials will be present and seated among members at the event. Members joining the Sustainable Leaders Meeting are advised to join the ECCT lunch.  Please register the lunch HERE.

About the Mayor of Taoyuan
Cheng Wen-tsan is serving his second term as mayor of Taoyuan City following his re-election in 2018. He was previously Chairman of the Taoyuan Branch of the Democratic Progressive Party (DPP), Director of the DPP’s Press Department, Director-General of the Government Information Office, Spokesman for the Executive Yuan and Councillor for the Taoyuan County Council. He holds a master’s degree from the Graduate Institute of National Development at National Taiwan University (NTU) and a bachelor’s degree in sociology from NTU.