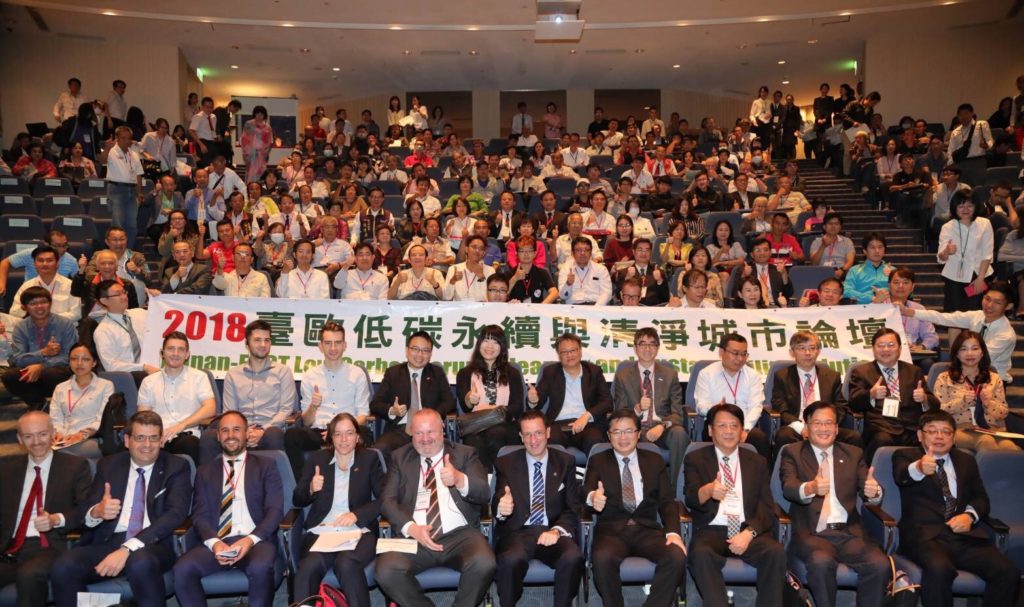 The ECCT’s Low Carbon Initiative arranged the forum with the theme “Clean Air and Sustainability Solutions” together with the Tainan City Government’s Environment Protection Bureau. The forum was part of the ECCT’s ongoing efforts as a nationwide organisation to foster cooperation with municipal governments around Taiwan. The ECCT has held annual events with the Tainan City Government since 2013. The aim of the forum was to promote energy-saving, carbon emission and air pollution mitigation strategies and reductions. The event brought together European policy makers, scholars and business leaders to address the challenges of creating a low-carbon economy for Tainan City. 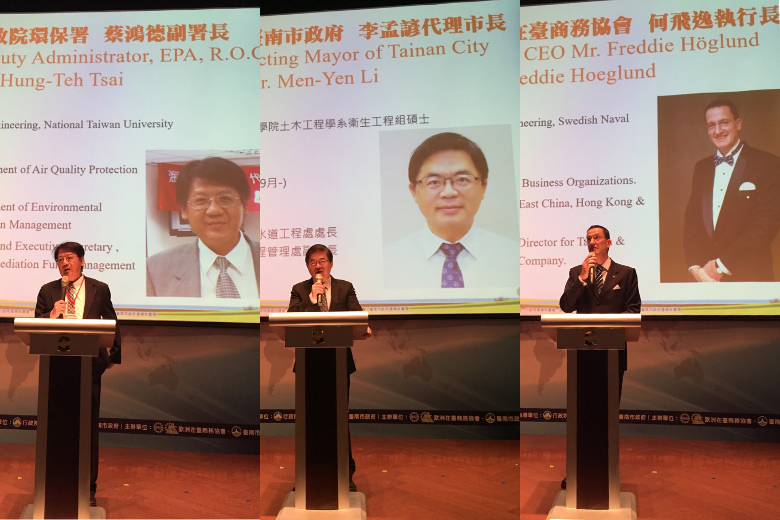 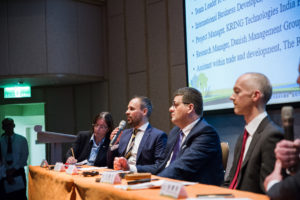 Sabrina Schmidt-Koschella, Deputy Director General from the German Institute in Taiwan outlined some clean air strategies employed in cities in Germany. Hamburg, the second largest city in Germany, for example has a green roof strategy, a tree planting drive, strategies to increasing bicycle traffic and expand public transport. It was the first German city to ban older diesel cars from two major streets. In 20 years, Hamburg will only allow bicycles and pedestrians in parts of the city centre. The largest source of nitrogen dioxide (NO2) air pollution in Germany is diesel cars. Other strategies include using big data and digitization or smart city solutions to improve traffic flows, manage road construction and promote park and ride systems.

Nicholas Enersen, Director from the Danish Trade Council, Taipei introduced some measures employed in Denmark. To reduce air pollution, there is a high (180%) tax on cars. Local municipalities have expanded infrastructures for bicycles. Copenhagen aims to become a carbon neutral city by 2025 and Denmark overall aims to be a carbon neutral country by 2050. 3,750 premature deaths annually are caused by exposure to air pollution in Denmark, which was equivalent to 7% of deaths in 2017. The main source of air pollution in Denmark is wood-burning stoves and boilers. ¼ homes in Denmark have wood-burning stoves. The next largest sources are vehicles, large energy production plants, ships and enterprises. Authorities are trying to forge a common agreement at the EU level to curb air pollution. In 1974, the Danish government passed the first regulation for managing pollution. The five focus areas for the Danish government are cleaner air in cities, cleaner wood burners, cleaner shipping, pushing international law on regulating the global shipping industry, environmentally-friendly technology and the build-up of knowledge.

Axel Limberg, Chief Representative and Executive Director from the German Trade Office outlined new environmental regulations and new business opportunities. German businesses accept the primacy of politics, support the development and adjustments of standards and are proactively looking to implement new methods to increase efficiencies. While the energy transition offers opportunities for economic growth, if it is not managed properly there will be disruptions that could cause economic losses. Therefore, it is imperative for the government to have a dialogue with industries before implementing a new framework. The new framework needs to be predictable to industry.

Michael Watters xxx title xxxxx from the British Office spoke about the circular economy and clean air in London and introduced its cycling super highway. By 2050, the population of London is predicted to exceed 11 million. There is too much rubbish in the city and the rate of recycling is low (41%). The city has set goals to increase recycling to 65% and become carbon neutral by 2050. It has also introduced a “Circular Economy Route Map” under which it has appointed three circular economy ambassadors and collaborates with others as a member of the Circular Economy 100 Network. Policies in this regard cover responsible procurement while knowledge and support is provided to business to implement circular economy business models. In terms of green transport the city is promoting walking and cycling, low emission bus zones, zero emission taxis, electric vehicles and implemented a “toxicity charge” for older vehicle when entering the city. 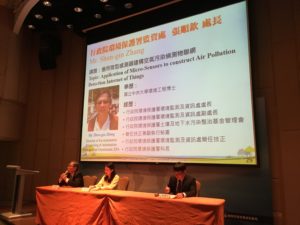 Cheng Fang-yi 鄭芳怡 副教授Assistant Professor from the Department of Atmospheric Sciences at National Central University spoke about weather patterns and how they influence pollution levels. She reiterated points made by previous speakers that the overall concentration of PM2.5 has been decreasing over recent years although Taiwan is sometimes subject to northeast monsoons which bring in trans-border air pollution. 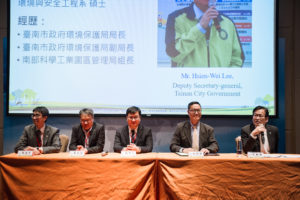 Frank SL Tang湯守立 處長, Director of the Department of Planning for CPC Taiwan spoke about two most relevant government policies related to the energy transition: the goal to become nuclear-free by 2025, to increase natural gas as a source of energy production to 50% of capacity and the ban on the sales of fossil fuel motorcycles by 2035 and cars by 2040. Currently 49% of CPC’s revenue comes from selling petrol. Given the government’s push towards electrification, the company will need to transform. Part of its transition plan is natural gas and geothermal energy and to transform their petrol stations from providing petrol filling services to electric vehicle recharging. In this regard, the company has set up two demonstration petrol stations (in Tainan and Chiayi) where they provide both petrol and EV charging at the same station.