Webinar on the future enterprise 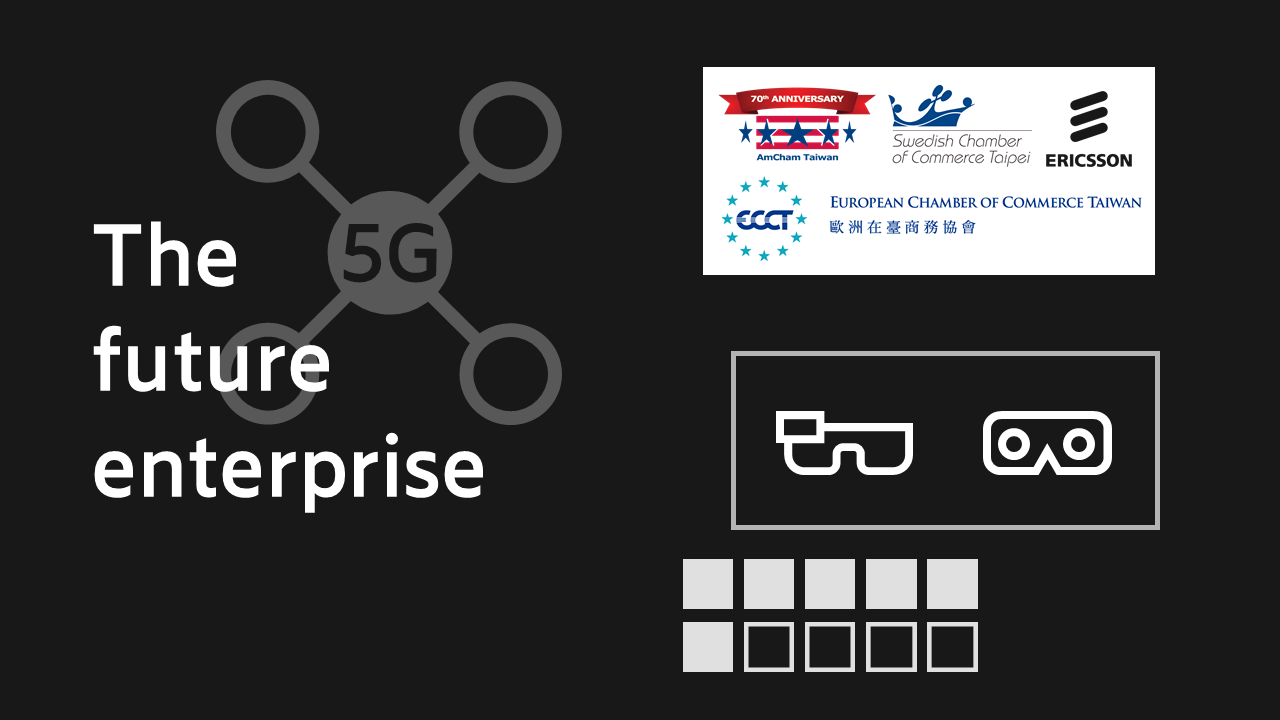 In his remarks, Chafic Nassif said Ericsson took the decision during the pandemic to allow all its employees to work from home globally, including in Taiwan. He noted that several changes have occurred since the implementation. For example, meetings now tend to be shorter but more frequent. Sometimes staffers keep video links open to keep in touch with colleagues and simulate being in the same workplace. Initially the company had to ensure that employees were comfortable at home by providing the right equipment and furniture that was of equivalent quality to the office. They also replaced physical document signing with digital versions using digital signatures. Among the observations from the experience, he noted that: 1) The vast majority of tools now being employed pre-existed (prior to the pandemic) and people have generally adapted well to them. Given the efficiencies derived from these tools, companies are likely to keep using them; 2) 63% of employees said that they had achieved the same level of efficiency when working from home while 31% said that they were even more efficient, and 3) some cultural aspects still need to be figured out and employees may still need some face-to-face interaction.

In his presentation, Michael Björn spoke about the dematerialised office based on studies conducted and taking into account experience since the beginning of the pandemic. He said that we should be thinking about “peak office” and moving towards a digital work environment. He noted that the formal first offices date back to the 1500s, but they have evolved gradually over the years. The main changes over the recent past (especially during the pandemic) has been the acceleration of the move towards the home office. But even after the pandemic, it is possible that the home office may become the primary office. Citing research conducted, he said that almost seven in 10 enterprises believe that they have already reached halfway or beyond in the process towards dematerialisation of their offices and by 2030 and almost 60% of white-collar work is expected to happen outside company premises.

Another finding is that extended reality is expected to grow by more than 50% in the next decade. More than six in 10 enterprises expect to use 5G devices while six in 10 believe that the share of temporary (task oriented and project based) employment will increase significantly within companies. The transition of the workforce from mostly full-time work to a higher percentage of contract or project-based work has profound implications for society, [especially social security, work life balance and mental health]. Despite the change in the way of working, six in 10 companies still expect to have an international customer base, which is why they believe that hiring employees in the countries where they operate will be key to success by 2030. In other findings, three in four companies expect their electricity to come from renewable sources by 2030.

Innovation is a strong force as is global economic integration, according to Ericsson’s research, but we should also take into account ageing societies and the global shortage of skilled labour and climate change.

The pandemic has become a digital tipping point. People expect improvements in current communications technologies. Hitherto, communication has been limited to sight and sound, but people also want future technologies to include touch and smell. According to a survey cited by Björn, 66% believe that there will be a way to digitally sense how a colleague feels by 2030. However, he cautioned that security and privacy will be key barriers since sensory technologies could open avenues for fraud and manipulation to multiply. The challenge will be to find a balance that allows new sensory experiences while maintaining security and privacy.

Following the presentation, a panel discussion was held featuring all of the panellists, moderated by Giuseppe Izzo, ECCT Vice Chairman and co-chairperson of the Technology committee.

Peter Hsieh gave an introduction to Bosch’s involvement in various industry sectors with particular focus on the company’s sensor business, which offers hardware and software solutions for the dematerialised office and devices, including sensors that can measure temperature, humidity, and smells.

Terence Liao introduced his company’s products that are helping companies to digitalise and dematerialise their offices. The company embarked on a path to enable employees to work from anywhere 11 years ago by providing devices and tools to enable them to access data and communicate with one another. 72% of its employees can now work from anywhere and the goal is to reach 90%.

Nik Van Den Wijngaert introduced his organisation’s business as a non-profit R&D hub for nano- and digital technologies. He noted that although imec is a knowledge-based company, it still needs some people to be on site. He noted that innovation is often driven by informal interactions that are not easy to replicate online, although tools have improved, especially augmented and virtual reality. It remains to be seen if AR and VR will eventually be able to replicate the real work environment sufficiently well.

Michael Björn said Ericsson is already using VR for everyday work and social meetings where employees can talk and even play interactive games. He noted that current VR technology is already an improvement in terms of sound and that latency is less of an issue using VR compared to current video conferencing software. Another advantage is that people don’t interrupt one other in a VR setting [presumably since they can “see” all other participants at the same time]. He said that people have got used to using VR in a short time as it is quite intuitive to use. He noted that there is also a positive effect on physical health since people can move around using VR. People also said they were able to concentrate better using VR than using video conferencing, although they were looking forward to better headsets.

On the subject of major threats arising from new technologies, Michael Björn said that the pandemic has shown that we all share the same planet and the same threats. He expressed the view that the biggest threat facing humanity is climate change. But since buildings, travel and food are some of the biggest contributors to climate change, then dematerialising the office and working from anywhere can actually play a big role in reducing the impact of humans on the environment.

Nik Van Den Wijngaert said that we need to rethink ownership of data and make sure that we maintain ownership of data while also keeping data authentic as more of our online behaviour is recorded. While more sophisticated and comprehensive legislation is being developed, enforcing it will be important.

Terence Liao said his company works to ensure that security is intrinsic and built into its products and services across all areas.

Michael Björn talked about a survey which showed that people find the biggest challenge companies face is helping people adapt to constant changes. He said that people doing work that requires concentration are more productive when working from home but that they miss the social dimension that comes from working in an environment with other people. Giuseppe Izzo made the point that we will need new ways of evaluating performance and promoting people when most employees are working remotely.

Terence Liao said that working from anywhere will become normal and it will have multiple benefits for people, families, and the environment.

Please refer to this link for the recording of the webinar.