Like much of the world, during the first phase of the coronavirus pandemic, European member states experienced difficulties in dealing with the surge in Covid-19 patients, resulting in crowded hospitals and shortages of protective equipment. Since then, both member states and EU institutions have taken a number of steps to deal with both the healthcare and economic challenges presented by the crisis. At this event, our speaker will outline some of the main actions that have been taken by the European Commission and other institutions to assist member states.

Given the way the EU is set up, where healthcare matters are the responsibility of member states, national decisions prevailed at the very beginning of the crisis and the capacity for rapid, executive action was much greater at the national level than the European level. Nevertheless, the European Commission did everything possible with the instruments at its disposal. In particular, it immediately suspended the application of the Stability and Growth Pact rules and increased the possibilities for member states to use state aid. In addition, The European Central Bank also reacted very quickly, providing over €750 billion for debt purchases and directing its acquisitions where they are most needed. The commission has also proposed to offer €100 billion of loans to member states to help them finance job protection schemes. In addition, the European Investment Bank (EIB) will offer €200 billion in loans, especially to small and medium-sized enterprises.

The European Union also launched a worldwide pledging marathon to bring the world together against coronavirus. Countries and organisations around the world are invited to pledge to help reach the target of €7.5 billion in initial funding to develop fast and equitable access to safe, quality, effective and affordable diagnostics, therapeutics and vaccines against coronavirus.

Our speaker will give more details of these and other actions taken at the EU level. He will also offer examples of European solidarity during the crisis, talk about the geopolitical consequences of the pandemic, how the EU is working to boost international cooperation and to counter disinformation.

About the speaker
Filip Grzegorzewski took up his position as Head of the EETO in September 2019. He is a career diplomat with specialist knowledge of and experience in Asia. He has held key positions in both his national diplomatic service and that of the European Union.

Prior to his current position he was the Chair of the Council Working Group on Asia – Oceania (COASI). The group brings together delegates from each EU member state's Ministry of Foreign Affairs and meets weekly to prepare the decisions of the Council of the European Union on all matters pertaining to the two continents. From 2013 to mid-2015 he was Director General of Asia-Pacific Department at the Ministry of Foreign Affairs of the Republic of Poland. Between 2011 and 2013 he was Head of the Policy Unit and Deputy Chief of Staff in the Ministry of Foreign Affairs. Grzegorzewski was Political Counsellor at the European Union Delegation to China and Mongolia from 2008-2011. This came after he served as COASI Representative at the Permanent Representation of Poland to the European Union (from 2005-2008). He graduated from the Polish Diplomatic Academy and the University of Warsaw with a specialisation in Chinese studies and international relations. He also studied at Nanjing Normal University in China and at Hanoi University in Vietnam. 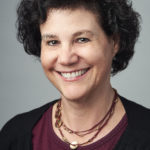