We regret to inform you that the forthcoming 22 January 2021 Premium Event Lunch with Taichung Mayor Lu Shiow-Yen & Exclusive tour of Cycling Culture Museum have been cancelled.

Taichung City is Taiwan’s second-largest city and home to 2.8 million people. The city supports a variety of industry sectors ranging from agriculture to precision machinery, tool factories, bicycle manufacturing, metal contract manufacturing and electronic components, among others. As a port city, Taichung is also developing into the main hub for the offshore wind energy industry. In addition, Taichung is an attractive tourist destination with abundant cultural resources, history, natural scenery, recreational facilities.

At this event, members and guest will enjoy lunch with Taichung Mayor Lu Shiow-yen where she will give an update on the business environment, development plans and investment opportunities in the city. After lunch, guests will enjoy a tour of the recently-opened Cycling Culture Museum.

The Cycling Culture Museum was created by the Giant Group and opened in 2020. With a unique and attractive architecture, it contains a variety of exhibitions on the history and science of cycling on roads, mountains and city environments, as well as virtual reality experimental zones and theatres.

About the speaker
Lu Shiow-Yen was elected as Mayor of the Taichung City Government in 2018. She began her career as a journalist and TV reporter for Chinese Television System (CTS) before moving into politics. She first served as a Councillor in the 10th Taiwan Provincial Consultative Council and was elected as a legislator in the 4th Legislative Yuan in 1999. She was re-elected in each of the next five legislative elections. She holds a bachelor’s degree in Land Administration from National Chengchi University and a master’s degree in International Affairs and Strategic Studies from Tamkang University.

Note:
* The cost of this event does not include transport to and from Taichung.
* Members are requested to arrange their transportation to the lunch venue, the Millennium Hotel in Taichung.
* Transportation from the Millennium Hotel to the Giant Cycling Culture Museum and from the Giant Cycling Culture Museum to Taichung's HSR station is included. 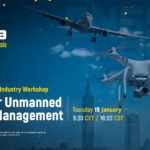