The ECCT will hold its annual Premium Event lunch with Taipei Mayor Ko Wen-je, marking the 23rd year since the ECCT held its first round table lunch with the Taipei City Government (TCG). As in previous years, this year’s event will provide an exclusive opportunity for ECCT members to discuss issues of concern or mutual interest with the mayor and a full delegation of senior TCG cabinet officials, who will be in attendance.

Like the national government, the Taipei City Government has been working hard over the past year to maintain public health and safety during the Covid-19 pandemic while limiting the impact on the local economy as much as possible. This event will offer an opportunity for members to hear about the city’s ongoing pandemic prevention and mitigation activities, including the future provision of vaccines. Participants will also be briefed on the city’s economic development plans for the year ahead.

At the lunch, Mayor Ko will give a short address to guests, after which a Q&A session will be held. Members will also be able to raise questions or discuss issues of concern with city government officials, who will be seated at different tables at the venue. Among other subjects, members will be able to raise and discuss the following subjects:
• The TCG’s Covid-19 prevention and vaccine plans
• Progress and ongoing plans to provide equality of treatment to foreign residents
• Efforts to improve the English language environment in Taipei
• Major public transport and infrastructure plans, housing, urban renewal projects and tourism
• Plans to improve traffic safety and communications infrastructure (such as public Wi-Fi)
• Plans for intelligent infrastructure including green buildings, electric vehicles and smart grids. 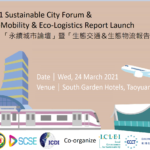