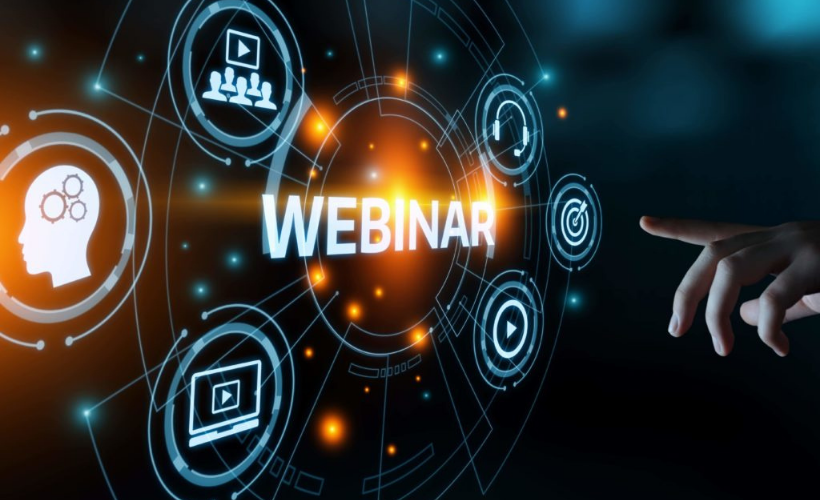 The ECCT hosted a webinar with the European Chamber of Commerce in China's (EUCCC) to hear a briefing on the chamber's European Business in China Position Paper 2021/2022 and share insights on the ECCT's 2022 Position Papers. The event featured a presentation on a summary of the ECCT's papers by Vice Chairman Giuseppe Izzo and a free-flowing discussion between ECCT CEO Freddie Höglund and Vice Chairman Izzo with Bruno Weill, EUCCC Vice President (who is the Chief Group Representative for China of BNP Paribas) and Adam Dunnett, EUCCC Secretary General, responsible for the chamber's seven chapters and nine offices in China (Beijing, Chengdu, Chongqing, Guangzhou, Nanjing, Shanghai, Shenzhen, Shenyang and Tianjin).

Weill gave an overview of the business climate in China drawing on the EUCCC's paper, which was compiled by its 35 working groups and sub-working groups over a six-month period and contains 930 recommendations. The executive summary of the paper notes that despite the many difficulties experienced in 2020, due to the Covid-19 pandemic and increasing geopolitical tensions, European businesses in China did well overall, and remain firmly committed to the market. However, while business opportunities still remain, signs that China is turning inward—as can be seen in its 14th Five-year Plan's (14FYP) aim to increase self-reliance, and even achieve self-sufficiency, in parts of the economy—are a real cause for concern. European companies are unsure about the extent to which they will be able to contribute to China's future growth, with some fearing market exit, and there are now doubts over China's future growth trajectory.

The paper notes that when Beijing first embarked upon bold reforms in the late 1970s, its economy was propelled forward at breath-taking speed. In the intervening four decades, however, reforms have vacillated as Beijing has struggled to solve the contradiction between achieving growth and maintaining control over the economy. The solution that appears to have been settled upon in order to address these seemingly irreconcilable propositions is ‘dual circulation' theory—the core of the 14FYP—adherence to which will require China to deviate from the spirit of the 1970s reform and opening as it increasingly relies on its own companies to service its vast domestic market. While China seems to currently accept the costs of pursuing such a course, members of the EUCCC believe that the damage it will cause to China's economy in the long run will not be acceptable.

Weill began by summarising his views on the current business environment in China. The first main trend he highlighted is from the impact of the Covid-19 pandemic. He does not expect business to go back how it was prior to the pandemic. For one thing, growth is slower and will remain slower for structural reasons. China has been addicted to growth and its corollary, debt, and this has created tremendous imbalances. The gap between rich and poor is huge and widening. The real estate bubble is becoming a huge problem. It is virtually impossible for young people to buy an apartment, even for people with good jobs. Demographics also present a major challenge. The birth rate is declining, mostly because it is so expensive to raise a child. Healthcare costs are also rising. Then there are environmental issues (such as pollution and flood problems). Slower growth will make it more difficult for the regime to deliver on its promise of providing a better life for the next generation. The party has to deliver common prosperity to maintain its legitimacy. Business has to be aware of all of the associated risks as well as its opportunities.

The second trend relates to China's changing global interaction. Foreign investors are asking if China is closing itself off from the world. However, it has to be said that Covid-19 has changed attitudes throughout the world in this regard, not just in China. For example, it came as a shock to Europeans to find that 80% of antibiotics in Europe come from China. A lot of countries are now starting to question the degree of dependence on global supply chains in the realisation that overdependence is not sustainable. China is going even further in developing several industry sectors in order to increase its own self-reliance and making it difficult for international companies to win business in China or take part in the development of standards. However, for companies that are working in sectors that help to create a fairer society, there is an opportunity.

Weill noted that the acceleration of local requirements, such as having to install local IT systems, is increasing the cost of operations in China given that companies now have to duplicate IT systems and parts of supply chains. He expressed the view that localisation is leading to a treatment of foreign companies like local companies but with foreign shareholders. This inward focus means that companies will have to change their business models if they want to survive.

The third main trend is as a result of geopolitical tensions, particularly between China, the US and Europe, which often results in companies being caught between conflicting regulations set by China, the US and Europe. This makes it very complicated, or even impossible to comply with all three at the same time. There is an increasing risk of being caught between conflicting policies. For example, companies doing business in Xinjiang Province, even if they are legitimate and do not violate any human rights or labour standards, may not be able to conduct business in the US or Europe simply because officials are not able to visit plants in Xinjiang to verify that they are compliant.

Weill noted that the risk of so-called black swan events is increasing, which, while unlikely to occur, means that companies need to prepare for them so as to minimise the potential impact should they happen.

On the economic outlook, China's exports in 2020 and 2021 have expanded significantly to around 40% of GDP. While this looks good on the surface, it poses a dilemma for the government since their intention is to become less reliant on exports. The second component of GDP is investment. This has depended a lot on real estate and infrastructure in the past. But this cannot be relied upon to drive growth in the future given the fact that there are not as many large infrastructure projects needed any more while the real estate sector is already overheated, and authorities wish to cool it down without too many adverse effects. A great potential future growth driver is the energy transition, but the business model is not yet there, according to Weill. The third question mark is on consumption. The government has been trying to increase consumption for years but insecurities on the part of the general population is keeping people from spending. This will make it difficult to increase consumption.

Adam Dunnet said that businesses are still doing well in China, even while EU-China relations are at all-time low. He noted that compulsory transfers of technology are still required but some businesses see this as worth it. He also highlighted the large exodus of foreigners from China. The latest census shows that the number of expats living in Beijing and Shanghai has dropped by 50% over the past 10 years. This is becoming a huge issue. It used to be easy to attract foreigner talent to live and work in China, but this is becoming increasingly difficult. Big companies can cope with this but for SMEs which rely on foreign experts, it has a huge impact on the ability for them to do business in China.

Weill noted that big companies are still investing a lot in China. However, those depending on offshore business may not be able to afford localisation costs and find it no longer worth it. He noted that EUCCC's business survey, while a useful indicator, may not give the full picture because the survey does not cover those that have left China, those expats that remain have a vested interest in giving a rosy picture, and because many local executives are Chinese, who, naturally, have a more optimistic view of things on the ground.

Weill noted that market access has improved in China, allowing foreign companies to invest in many sectors in China. However, he said that one has to be careful to distinguish between market access and real market opening. The question is how much business they can do once they are there given the difficult environment for foreign businesses.